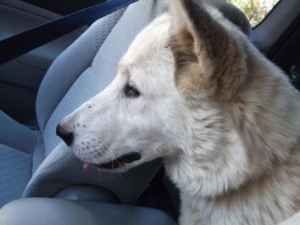 I have ruminated on it before. Even though she is a tad bit mentally challenged, and she has yet to be nominated, Sheena should run for President.  Nothing in the Constitution specifically forbids dogs from holding office, although I could see two sticky points.  She is not 35 years old (not even in dog years, though I don’t know exactly how old she is,) and she doesn’t have a birth certificate.  But other than not being able to prove her age or citizenship status (the nebulous origins of the current POTUS’ vital documentation didn’t seem to stop him) Sheena is supremely qualified to hold public office.  She is free of sordid scandals, but is expert in digging up others’ trash.  She does have a current Franklin County dog license,  and a current rabies tag, which ought to count for something.

As I was trolling the Marion (OH) news station’s website seeking Buckeye Chuck’s latest weather prediction, (I was sort of bored this morning) I entertained myself by checking out the other features on the site and came upon the Featured Felon of the Week page.  Sort of like TruTV, but closer to home, with fuglier mug shots.  Since I spent the first 25 years of my life in Marion, I was pleasantly surprised not to have known any of the felons pictured.

I still have to ask, who smiles for a mug shot?  Are you stoned, or have you confused jail with the BMV?  I know driver’s license pics generally resemble mug shots, but come on.  Maybe you’re just happy to have three hots and a cot for ten days and a bit of time away from your drunken old man, but I can’t see  felony charges and/or jail time as “things to smile about.”  I just don’t have that kind of optimism. 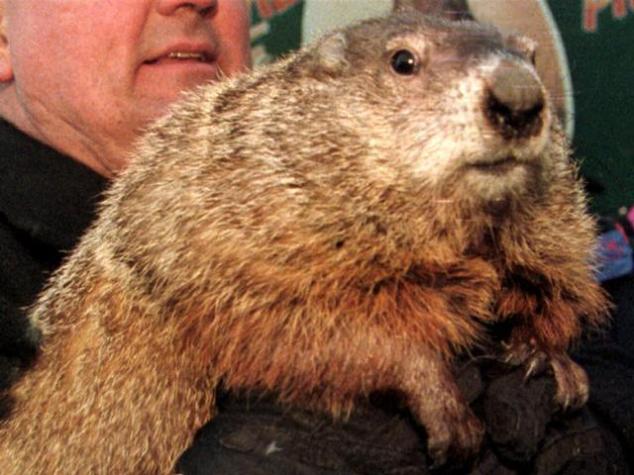 Even in this “enlightened” 21st century we entertain some pretty bizarre traditions.  Groundhog Day is one of my favorite holidays – because you don’t have to buy anything or do anything other than inquire on the prognostications of a large rodent that puts me in mind of a hairy armadillo.  Buckeye Chuck didn’t see his shadow this time around, so in theory this means we are in for an early spring.  Or not.  Who really gives a rat’s ass- or should I say a groundhog’s ass? Central Ohio doesn’t really get spring anyway.  The weather goes straight from Snowbooger Grey to Monsoon to Stygian Heat.

I also have to wonder about another February holiday- Valentine’s Day.  St. Valentine supposedly was a martyr sacrificed by the Romans back in the third century.  The tradition is that he was martyred for marrying young Christian couples – therefore the hoo-hah about celebrating love and all that.  I have to wonder, since tradition also holds that he was beheaded, where we came up with the heart business for Valentine’s Day.  Why not a dismembered head?  Maybe decapitated heads are too closely associated with Halloween, but so are disembodied hearts, and the Aztecs and Mayans had the jump on pulling hearts out of live bodies even before the Romans discovered decapitation.  I can, however, see the connection between love and decapitation and/or evisceration.  So it works in a weird kind of way, though I can’t figure chocolate into it at all.

The old Roman holiday, Lupercalia, that was once celebrated on February 14 is rather interesting.  Let’s all worship the Wolf God?  Dog sacrifice?  I don’t think so.

St. Patrick’s day is the next weird holiday that I don’t completely get.  What does green beer have to do with converting people to Catholicism? Do I really want to know?  I know the Irish like to drink, but whiskey would make more sense.

3 thoughts on “Sheena for President, Felon of the Week, and Bizarre Holidays”