Try as I might, my free throw attempts usually ended up somewhere in the next county.

I can aim a pistol reasonably well (within 15 yards,) a shotgun moderately well, but a basketball, not at all.

When the weather in beautiful central Ohio bites (so I can’t take a road trip) and (when he’s not screaming at the dogs for their loud breathing) Tipsy Mc NumbNuts  is sleeping off his hangover, I have time to read.  I finally had time to read 11/22/63.  I almost didn’t buy it because I thought I’d heard all the JFK conspiracy theories, and I’m not much of a fiction reader to begin with.  I did buy it because it was written by Stephen King, and, as is the case with most of his books, (liberal political bent aside) it was worth reading.

If anything it was sort of a sad story, and in a perverse way it shared the same moral of the story as Pet Sematary.  For those who have yet to experience that particular tome, it ends on an interesting (if not deliciously macabre) note and reflects a pervasive theme in a number of King’s books.

Dead is better.  At least if you’re supposed to be dead, that is.

Not “dead is better” in the serial killer sense or in the jilted lover sense, (or even in the John Hinckley Jr. sense) but in the sense that screwing around with the natural circle of life can have unintended repercussions.  As much as I miss my grandparents, for instance, I wouldn’t wish any of them to be alive today.  All of them were ill and had lived out long lives before they died natural deaths.  Wishing people to live beyond the time of natural death seems a bit sadistic, especially considering that if my grandfather had lived (he died in 2006) he would be 99 this year.  He had heart failure and kidney failure, neuropathy from diabetes (couldn’t feel his feet) and was almost completely deaf when he died.

Being healthy and active at 99 would be another matter, as we humans will cling tenaciously to life when we can, but today it seems as our longer lifespans bring more illness, infirmity and misery than anything else.  The technology can keep one alive, but most of the time it doesn’t do much for your quality of life.  Sometimes the disease- and the end it brings- is better than prolonging the inevitable.

Science can keep people alive that should have long since been dead (and yes, I belong in that category at least three times over) and in the case of the young that might be a good thing, but it’s a mixed bag.  Science can keep your vital signs going on, but at what cost?

What ends up being missing?  When do we break the boundary of the matrix and then really start screwing things up?  How far can we screw up before the process necessarily leads to an end or a reset? 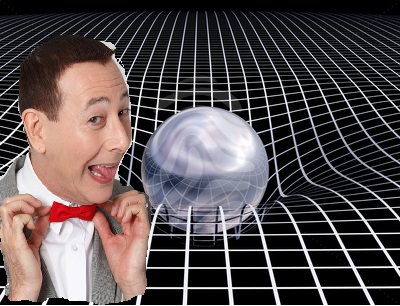 I wonder what this thing does?

A big part of me believes it’s the hubris of humanity that believes that every little popcorn fart can change the world.  I mean, you have the global warming crowd going off about cow farts.  I can imagine a cow can put off quite a bit of methane, but in the grand scheme of things?   A cow is big, and it farts a lot, but really?  How much authority and how much leeway do we have to screw things up when we really try?  And how long have cattle been domesticated and processed into tasty meat?

If cows fart like that, then why aren’t they powering our cars?

The Butterfly Effect is an intriguing concept in physics in which it is implied that every slight change of trajectory- even the gentle flap of a butterfly’s wings- can change the course of the weather or otherwise alter events to come in the future.  There’s no mistaking me for a physicist, but I can see how it can work.   How can anyone know ahead of time what the consequence of just a slight change in trajectory might be?  It seems sort of rogue.

Perhaps a better question is (and I am assuming that the universe has an order, that it was created, and necessarily has a Creator) what exactly is within our power to change?

What do we risk when we try? 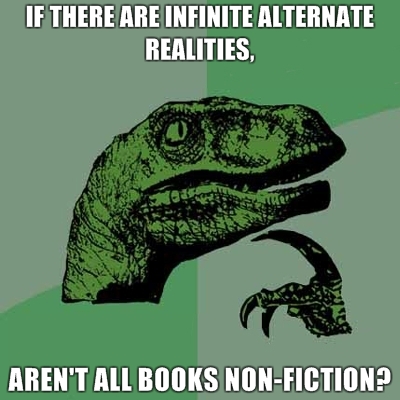