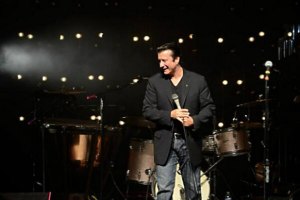 I was a bit delighted as well as taken aback this morning at seeing my long-time most favorite singer, Steve Perry appearing live on stage again.  I even liked the song he performed with the Eels (a band I didn’t know existed until today) even though the more prudy types would be offended by the language in it.

Sometimes coarse language is the only way to describe aptly the frustration and pain in one’s heart.  Been there.  Done that.  Don’t want to go there again, although in my heart of hearts I know I will.

It’s still a good song, and for a guy of Steve’s age and ill health, he still sounds good. 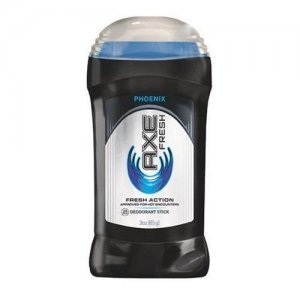 Every time I go to Walmart with Steve-o it’s a new adventure.  First he was pissed because he couldn’t find the one kind of deodorant he likes – Axe Phoenix, the blue gel, NOT the white paste- except in a two pack.  I thought I was cheap.  I told him, he has two pits, so why not a deodorant stick for each pit? Just label them “right” and “left” as borderline OCD as he can be.  Finally he decided it would just be easier to buy two, as if he’s not going to use one up in a week or two anyway?  It must be the opposite of the Costco mentality- buy barely enough for a few days, then make a trip to buy more.  Personally if I have the scratch (and he has more than I do) then I usually buy in quantity- not only for the discount per unit, but to save myself a trip.

Of course we encountered the Freaky People of Walmart  en masse-  such as the morbidly obese woman who probably was not even 30 yet, trolling about in the little battery powered Mart Cart, sporting her bleach blonde ends and about three inches of black roots, and a plethora of extremely poor quality tats on a good portion of the exposed surface area. 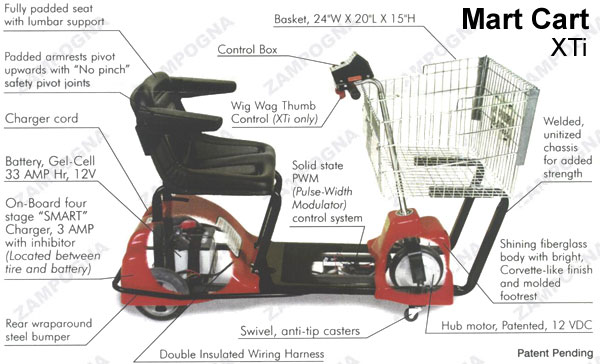 When your ass is bigger than a Toyota Corolla, that “bright, Corvette-like finish” on your lard-ass cart is a sure bonus!

I guess my quandaries about the Mart Carts are:

1. How do they actually move under the suffocating heft of their passengers?  If a normal sized person got in one and took off in it, would it set land speed records?

2. Is the minimum weight requirement at least 300#?  Because I’ve never seen anyone under 300# trolling about in one of those.

3. Do they use deep cycle batteries, sort of like for boat trolling motors- or more like the batteries in a Prius?

4. Would the need for the carts be vastly diminished if some of the riders got off of their behemoth asses and actually walked a bit while in the store? 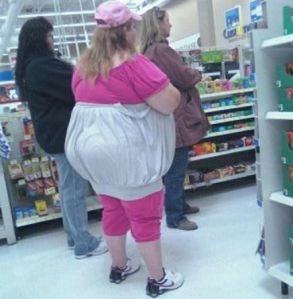 I sort of enjoyed Jelly Roll woman too.  She wasn’t quite large enough for the carts (give her time, she was probably in her early 20’s) though I don’t think she realized that a cherry red tube top is a poor fashion choice when your body sort of resembles the Michelin Man’s.  The badly done pink dye job on her hair and misspelled neck tats (when one is trying to say, “Missy loves Ray”  it is not spelled “love’s“) were the icing on that cake.  Woof.   I am glad I didn’t have the pleasure of  feasting my oculars upon “Ray.”

Then again, it’s Steve-o’s reactions to the wildlife of Walmart that I find absolutely priceless.  Such as when he was looking for that men’s three-in-one shampoo, conditioner and body wash, and a rather large girl in low rise Daisy Dukes bent over right in front of him, exposing a rather hairy and somewhat substantial ass crack. 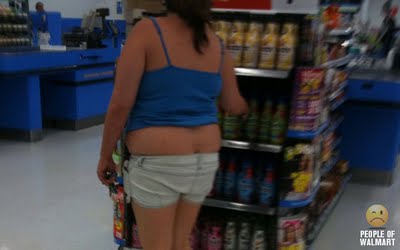 I thought he was going to hurl right down her shorts.  That would have been camera-worthy,  if only I had the courage.  I don’t take pics in Walmart precisely because the wildlife are large enough to devour me in one bite, or to sit on me and squash me like the unfortunate “lost” Chihuahua in the “Lost Dog” cartoon. 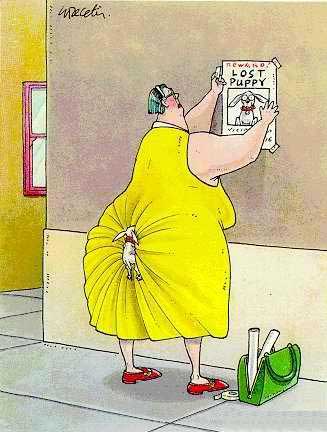 Maybe it’s just me, but I don’t remember people being so flipping fat.  I feel like a freaking anorexic when I go to Walmart, and I’m no Calista Flockhart by any stretch.  The rural areas are absolutely the worst, as far as the really behemoth size 20+ underwear wearing chicks – (and there’s plenty of hefty dudes too) as if they have nothing better to do than watch Direct TV and tie on the feed bag.  I can understand that in those places, though.  There really isn’t much to do.  Even screwing must get boring after awhile.

In defense of the portly rural poor, healthy food is expensive.  It’s really cheap to go and get a bunch of store brand snackies or ramen noodles and mac and cheese if you don’t have much cash.  It’s not so cheap to buy fresh produce (I even balk at that- frozen is cheaper and it’s less wasteful) or lean meat, or to buy minimally processed ingredients to prepare and cook one’s own food.  A can of Spaghetti-os is a lot easier (and cheaper) lunch option than grilled white chicken on wheat with provolone, tomato, lettuce, onion and mustard on wheat toast.  I have been there and done that.  Canned and processed stuff is cheap and easy but will lead one down the primrose path to lardassism with the quickness. 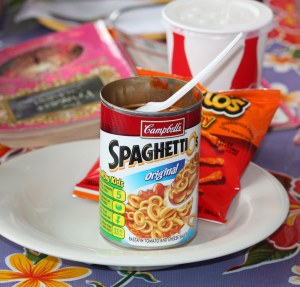 I do love me some Skettios and Doritos, though! mmmmm!

As an aside, I just got put on hold and was subjected to a rather odious rap “song.”  The only lyrics I could make out were:

Whoever included those words and phrases in a song needs some serious psychotherapy time.  Either that, or I just can’t make any sense of rap.