If Steve-o thought I had problems with the whole “warm and fuzzy” mommy bit, just wait until I try my hand at home décor- in his house.  That is just plain scary, given that my idea of decorating has much more to do with function than the aesthetic.  I still have the big Ohio State tapestry on the wall in my room that Jerry put there, for some inexplicable reason.  I’m not even that much of an Ohio State fan.  I like some hangings on the wall to break up the monotony, but I don’t really give décor much thought.  Unless, of course, it’s funny. 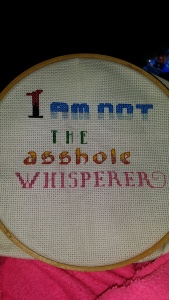 For example, this is funny.  It will be even funnier when I get the outhouse next to it done.

For the most part, however, I can live without a whole lot of kitsch.

I already told Steve-o he will have his very own G T F O sign- since he doesn’t really get into cute little “Welcome” signs. 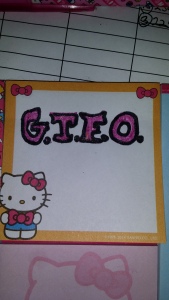 Figure it out.. it’s not difficult.

Of course he will probably come up with his own unique flair: 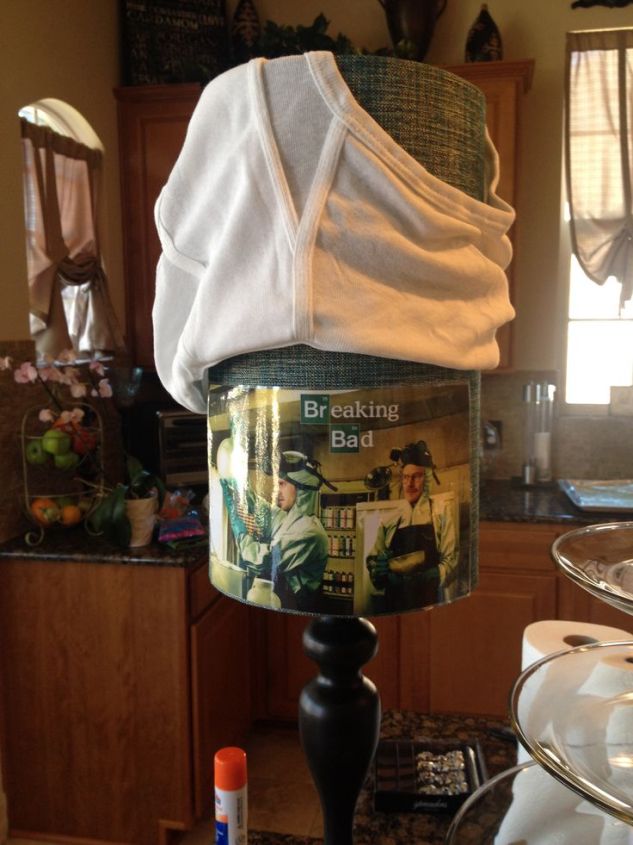 I can imagine all the other funky things that being a man, he won’t mind, such as shall we say “dated” furniture, archaic bathroom fixtures and strangely colored kitchen appliances: 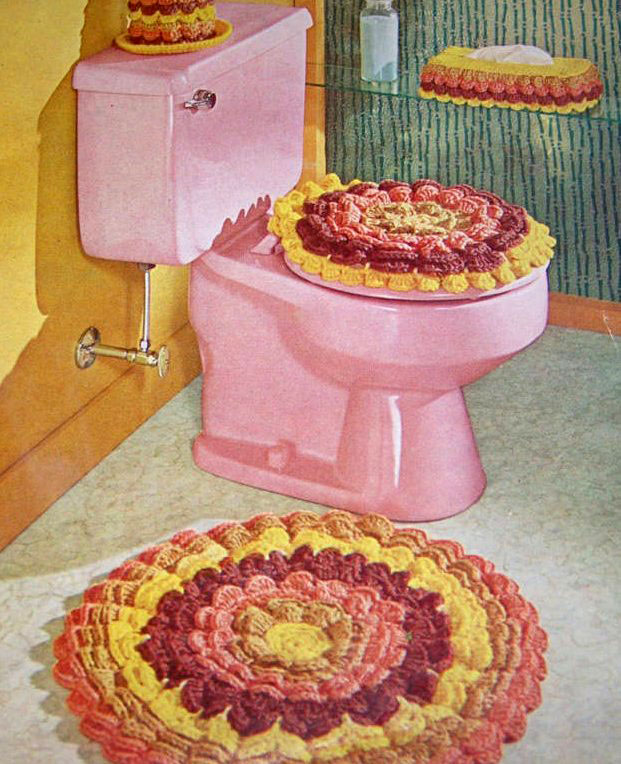 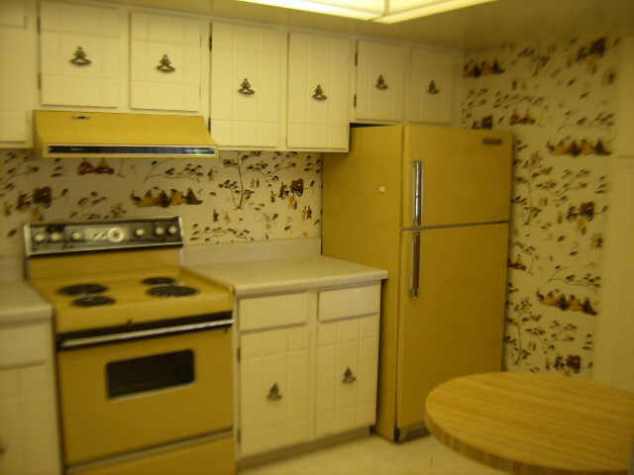 In all seriousness, Steve-o’s house has two full bathrooms.  Both of them have new plumbing and faucets, but the tubs, sinks and toilets are straight out of 1975.  One bathroom set is this horrible yellow (like the above kitchen) and the other one is a sort of medium brown.  On the plus side, the brown will probably hide a lot of stains.  Especially in the toilet bowl.

I envy him the 70’s non-low-flow toilets though.  Those things are industrial strength, heavy duty beauties that will flush down horse piles, and various and sundry objects up to as large as Jimmy Hoffa.  The way he shits, that’s going to be necessary.  I don’t know how many times he has had to run for the plunger not just in my house but in my parents’ house (Dad replaced the toilets in the early 2000s and they are awful) as well. 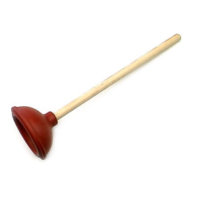 I’m still getting him a couple of plungers as housewarming gifts.  In fact, three- one for each toilet, and one for the sinks.

I’ll have to put together my list of crap you need when you move but don’t think about, and then work on collecting said items for him.

10. Toilet mints (the blue things you put in the toilets to keep the water blue and to keep dogs from drinking out of the bowl)

I’m sure I’ll come up with more. I have time.

One thought on “Creative Use of Just About Everything, and Adventures in Eclectic Home Décor”