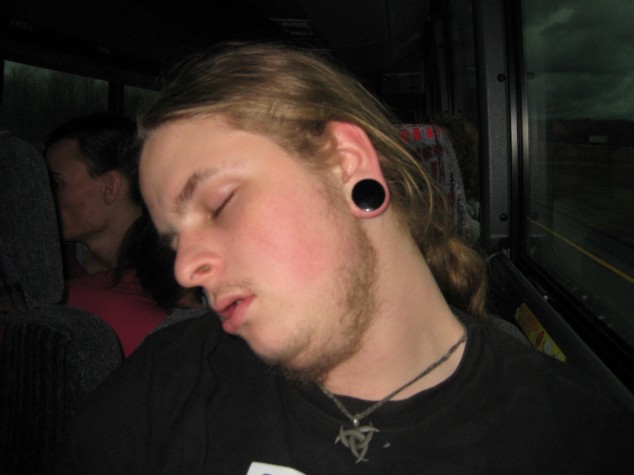 Steve-o is an only child.  There are many good reasons for that.  Poverty is a good one, because I don’t see how anyone can afford more than one unless you’re raising kids on the Welfare plan, which means I’m paying for your kids, making it that much harder to afford to pay for my own.   The other Very Good Reason Steve-o is an only child, is that contrary to what they’ll teach you in the “Natural” childbirth classes, there is nothing I can think of that is more unnatural than childbirth.

One of the facts conveniently left out of the “Natural” childbirth movie from 1968 that I paid good money to drag the ex along to sit and watch with twenty or thirty other expectant couples (in 1991,) is that at the turn of the 20th century one in four women died either during childbirth or a few days later due to complications associated with childbirth.   Now if someone invited me to participate in an activity in which I had a 25% chance of dying of in the process, I would have to decline, because I don’t care much for the odds.  Russian Roulette only carries a one in six chance of death for comparison’s sake, and I’m not doing that either.

Skydiving is statistically a lot safer than either early 20th century childbirth or Russian Roulette, and there is no way in hell I’m jumping out of a perfectly good airplane.  Color me cautious, but I’m not a natural risk taker.

Had I attempted to give birth in the early 20th century, I would most certainly have been the one out of the four.  Steve-o’s birth was about as unnatural as it gets.

The first caution I would give to any expectant mother is if you are “high risk,” meaning you have a laundry list of medical issues, let’s say maybe female organs that aren’t quite where they belong, and a history of various and sundry illnesses, let’s say like a history of rheumatic fever, do NOT, repeat, do NOT plan on giving birth in a backwater hospital.  Also, shop around for a good OB-GYN practice where you don’t have to sit and rot for three to four hours in their waiting room at every visit just to be herded through for a blood pressure check by the nurse (the doctor doesn’t bother to see you, but charges you for a visit anyway.)  Learn from my mistakes. Please!  Go to a reputable high-risk OB, and plan on giving birth somewhere in a hospital within the confines of civilization.

The caution being duly noted, I did quite fine up until my 28th week.  No morning sickness, and I got through 100 miles of driving back and forth and 12 hour work days every day even though it left me deathly tired.  Then I went into work one morning and all the sudden I got very weak and very hot and light headed.  My boss sent me home, and I still felt like crap once I got home, so I called the Dr.’s office.  They were busy- so they told me to go to the ER.  When they took my blood pressure in the ER it was 260/210, so I was admitted with the quickness.  It took two days to get my blood pressure to go down, then I was sent home on bed rest for the duration.  Bed rest might sound good- and for the first week or so it wasn’t bad- but daytime TV sucks and there are only so many books to read.   The whole bed rest thing went without much incident except for having to get up to pee every ten minutes, and the ex and his incessant whining.  My blood pressure wasn’t great but it stayed down far enough.

I ended up in the hospital to give birth (about 2 weeks early) because my water broke, but I wasn’t in labor.  Nobody bothered to look at my medical history, or they would have known that inducing labor is a bad idea on a woman with heart valve damage.  After 18 hours of horrific, intense, induced labor that wasn’t accomplishing anything- all that torture, and that’s exactly what it was, to only end up three centimeters dilated- I started blacking out.  At that point someone got the brilliant idea that (after I had tried to tell them there was something really wrong for at least the previous three hours) they were going to have to do a crash c-section.  Fine.  Go for it.  Anything to make that insanity stop.

Steve-o was, by some miracle, born without any problems other than a bruise on the back of his head the size of a fifty-cent piece and a slight touch of jaundice.  They got him out in time which was about the only part of that whole experience that actually went right.

Because Steve-o was such a large child (almost 10#) there was absolutely no way he could have fit through the “natural” channel.  I have a narrow pelvis to begin with and to add insult to injury all of my female organs were tilted backward. The bruise on the back of his head was caused by him trying to come out face up with the back of his head slamming against my tailbone,   The only ultrasound ordered for me was done at 11 weeks.  Had one been ordered later it would have been obvious that the only way that kid was going to get out was by c-section.  The old-timers have a good way of putting it: you can’t fit a watermelon through a pin hole.  It was impossible for him to fit.

The inevitable c-section should have been scheduled and done with, long before the disastrous attempt to induce labor was carried out, except at that time that particular medical practice and that particular hospital were under fire for doing “too many” c-sections. In a rural backwater where the quality of prenatal care is either piss-poor or non-existent, it’s no wonder the c-section rate is high.  It still is today.

In my mind it all goes back to that 25% statistic.  One in four mothers died either in childbirth or from related complications before the technology was available to perform c-section surgery safely.  It seems logical to me that since childbirth is an unnatural enough experience that without intervention one in four women died from it, that one in four births will require a c-section to save one or both lives.

Yes, at that time most hospitals were delivering about 25% of babies by c-section. That rate has not changed much.  The hospital where Steve-o was born had a slightly higher rate than average, but not excessively so.  Especially when the choice to do the surgery or not is a choice between life and death.

Because my c-section was done at the 11th hour, after my body had been pushed too far, it was done in a hurry.  It was repaired in a hurry as well.  I’m glad that I didn’t die from internal bleeding which was probably part of the reason for the rush, but the rushed and very poor repair job would lead to a long, slow and incomplete recovery and years of chronic pelvic pain.  Finally, finally- 18 years later- I mustered the courage to go to a good GYN who did my hysterectomy and repaired the scars and adhesions and other mess.  He said that a second pregnancy would have been impossible even if I’d not had my tubes tied because the repair work after my c-section was so terrible.  The cause of my years of horrific monthly cycles and constant pelvic pain was a fairly good sized fibroid and severe adenomyosis (endometrial tissue that grows into the muscular body of the uterus) that can be caused and/or furthered along by c-sections and tubal ligation.

Hindsight being 20/20 I wish they’d done the hysterectomy at the same time as the c-section so I could have saved myself a LOT of money on Naproxen and Always products- not to mention the years I lived with the pain.

The hysterectomy was one of the best decisions I ever made, and I wish I’d done it years earlier.

I almost died several times that night after the c-section, as my body didn’t want to regulate itself properly.  My blood pressure kept dropping off.  I had seizures and had to be restrained to the bed most of the night.   I woke up covered with IV lines and monitors and both arms and both legs tied to the bed. Thankfully I don’t remember much before that except for waking up for a minute in the recovery room convinced I had gone blind because someone had pasted my eyes shut with Vaseline.  It was 14 hours later before I could hold my son- on a pillow with a nurse’s help.  They tried to convince me not to breast feed because I was painfully weak, but I convinced them I could do it if I rested him on a pillow.  Maybe that’s where Steve-o’s obsession with boobs began, because he had absolutely no problem figuring that out.  He had been denied for 14 hours and he wasn’t going to pass up boobies again…

All I can say about my ex is that he lasted until about 10 AM (about 10 hours into the induced labor from hell) and then he claimed to be “tired” so he went home and unplugged the phone.  Steve-o was born at 6:05 PM.  By 8 PM, when nobody could find my ex, my parents were signing papers affirming they would assume temporary custody of Steve-o should I not survive the night.

So much for all the happy family fairy tale stories.  Didn’t work like that for me.  I still find it hard to believe it took me 2 1/2 years after that experience to divorce his sorry ass.

I wasn’t one of those women like my sisters who popped out their offspring like popcorn, drug-free, in a state of Zen-like bliss, and in only an hour or two.  Maybe it does work like that for some people- maybe that’s how it is for the three out of four, but if it weren’t for bad luck I’d have no luck at all, if I can quote that awful song from Hee-Haw.

I know most of the propaganda out there regarding “Natural” childbirth is intended to assuage fear, but I think people should be aware that things can and do go wrong and they should be prepared for it.  My sister (not “Angelica”) came to visit me the morning after Steve-o was born.  The restraints had been taken off but I still had IVs in both arms, a heart monitor and a catheter.  I look horrid without makeup anyway, but according to her I was whiter than the bed sheet and she was quite convinced I was dead.

I was more or less drifting in and out- glad to have the catheter so I didn’t have to get up and pee- when I heard her running down the hall exclaiming, “She’s dead!”

One of the nurses led her back in the room and showed her the heart monitor as evidence that I was still clearly alive.  I opened my eyes at that point and asked her what the hell her problem was.

She was plenty scared a month later when she found out she was pregnant, because my visual was still vivid in her mind,  but her first child was born after a breezy eight hour labor.  Go figure.  She went home wearing size 5 jeans too.  I was still wearing maternity clothes four months later because my incision didn’t heal right.

Oh, and stretch marks don’t go away either.