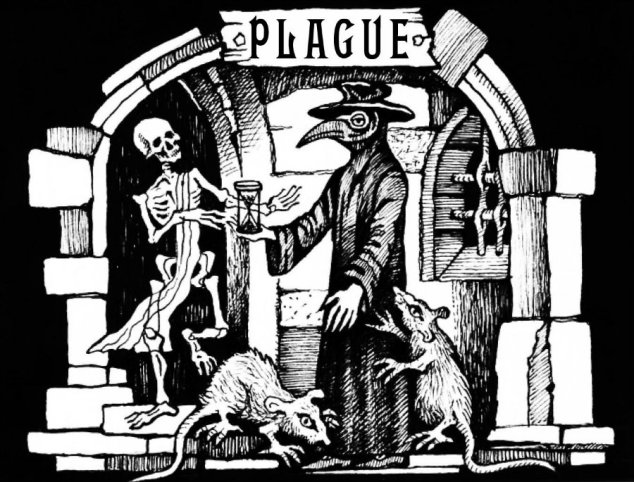 Got news for everyone.  The mortality rate is still 100%.  You’re gonna die of something.

The current pestilence- the coronavirus- is more or less a really bad flu.  It isn’t gonna kill most people. Millions of people get the flu every year and several thousand die from it.  That’s every year.  Four thousand or thereabouts die of flu every year just in Ohio.  So much for living in fly over country serving to any advantage.

I have my suspicions, and frankly I believe the dreaded coronavirus already made its rounds around here back in January when about 70% of my coworkers- all the outside sales people who were in one meeting, and all the accounting department- all got a really bad flu that held on for about 3 weeks.  One of the accounting ladies ended up in the ICU for a couple of days, but even she recovered. Yeah, that was a bad flu, and believe it, I had the Lysol spraying madness the whole time these people were wandering in and out in their various states of illness.  By the grace of God somehow I didn’t get it, but I stayed the flying hell away from everyone, even more than I normally do. I’m all about social distancing. You don’t have to tell me twice to put at least 6 to 10 feet between me and other people. I prefer it. Especially when I have Lysol to spray.

But since it’s an election year, let’s take a page from the Marxist handbook (desperate Democrats) and never let a good crisis go to waste.  Let’s attempt to destroy the economy, while blaming it on a particularly bad flu season, and try to sell socialism that way.

It will backfire.  The crisis will end, sooner rather than later, and that’s all I really have to say about that. I hope and pray that all the overreacting will serve as even more fuel to pour on the dumpster fire that is being created by the Democrats and their corrupt enablers.

Granted I don’t want to see people die.  I particularly loathe respiratory illness because I have chronic sinus issues even when I am well. My biggest fear is strep throat (which could be more lethal to me than any flu because of my history with rheumatic fever.)  So yeah, I wash my hands and use a lot of sanitizer anyway, especially in the winter when I am surrounded by the hacking and coughing multitudes.  I get the flu and pneumonia shots. I don’t like being in crowds or in loud places and avoid them when I can.  I’m not a huggy-feeler either, and I don’t go around fingering people, or kissing on strangers so I have that in my favor.

The bottom line even with precautions taken – and I have a sharp eye for the macabre as it is- is that we are all gonna die of something.

I’ve already defied the longevity odds for a person with autism.  The average age of death for a person with autism is 37 years. I made it to 51. Yay me!  To be honest though, I remember my doctor telling me once when I was 30 that if I didn’t do a whole lot of things differently I wouldn’t make it to 35. I did change my lifestyle to a certain degree. Now I know why, but still, the fact that even with a boatload of meds that I am still vertical and sucking up valuable oxygen amazes me sometimes.

Part of the abysmal longevity projections for autistics, I am sure, is that we have a horrendously high suicide rate, as well as a plethora of co-morbid conditions such as heart disease, diabetes, various physical and mental illnesses, lack of social support, and the list goes on.

But coming from the perspective of an autistic, I think I can explain why we die very young.  We aren’t made to live in your world.

Some of us learn to navigate almost seamlessly- you can’t see the space suit or the oxygen mask- but they’re there.  We script.  We mask. We mirror.  We do what you do and perfect our acting skills…and it takes a ton of energy to hold up the faςade. Over time this takes a toll.  We have hypertension. We have stress headaches. We deal with anxiety 24/7 because we can’t script, mask and mirror forever without stepping away from time to time.

Those of us who can’t learn to navigate are even worse off than those who can. Those of us who are non-verbal and/or who have cognitive or severe physical deficits on top of autism are at the mercy of the medical industry (whose only “care” is the almighty dollar) or even worse, the public educational system whose lack of common sense and dearth of efficacy is only equaled by its lack of care.  So for people like me- you either figure out things and navigate for yourself, and live with an eternal stress meter pegged out on 11, or you’re doomed to a life of marginalized, institutionalized poverty.

And yeah, every single human being out there, whether you’re “normal” or autistic, we’re all gonna die.

Get used to it.