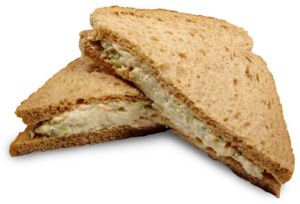 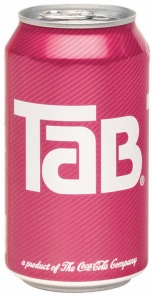 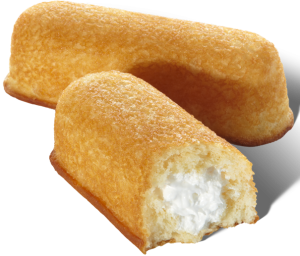 Navin Johnson’s (Steve Martin’s character in the iconic film, The Jerk ) meal that his adopted mother served him on his birthday was a tuna sandwich wrapped in cellophane, a Tab and a Twinkie.  Most of my favorite things are like that- simple, cheap and uncomplicated.  I  share Navin’s enthusiasm for Tab, and I like a good tuna melt from time to time, although I’ve not had a Twinkie in at least ten years. 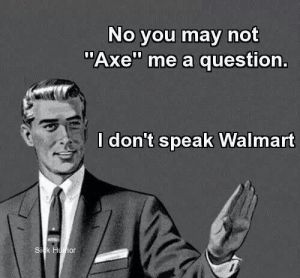 I’d like to admit to complicated tastes, as in: oh, yeah, I sit around drinking vintage Cabernets and imported cheese while conversing about world history and literature with influential and erudite people.   I study some rather obscure and esoteric subjects (have you seen my collection of 19th century postmortem pics, for instance) from time to time, but in social circles, I’m not that good of a performer. I’m not that pretentious. Since I am pathetically socially inept, and not at all well connected, my evenings are usually spent watching Jerry empty out the Natties, go from just a little drunk, to full-on fall-over shitfaced drunk, as he attempts to argue philosophy with the dogs.  Jerry is not an eloquent conversationalist even when he’s stone cold sober.  Alcohol does not enhance his verbal communication skills. 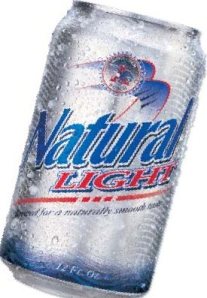 FYI: Natty does NOT make you an enchanting conversationalist.  Ever.

Jerry isn’t the greatest company, but he is predictable at least.  He tolerates my eccentricities, which is saying a lot. It’s easier that way, and I don’t have to worry about what to wear or whether or not I am avoiding eye contact again.   To him, I’m just the tepid body that pays the cable bill and medical bills, buys food, and wanders around cleaning up the beer cans.  He’s doing good to refrain from calling me Mildred and asking me about my diarrhea, but that’s OK.  I’ve been married to him for 19 years and neither one of us has succeeded in killing each other or making good on threats made in the heat of anger to leave,  so it must be all good.

I don’t know what to make of current events.  Robin Williams committing suicide was just plain bizarre, although I can certainly attest to the truth that comedy is the flipside of tragedy.  We shouldn’t really be surprised that comedians invariably suffer with depression and all the psychological baggage that goes along with it.  Humor is a defense mechanism. Usually the funnier a person comes across, the more tragedy that person has endured. Most of the time I try to laugh to keep from crying- or to fill that awkward void when I just don’t have the words or when that proper, polished façade just doesn’t materialize when I need it to. 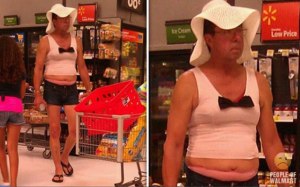 This dude must have had some pretty serious childhood trauma to try to rock the Daisy Dukes AND the crop top.

Perhaps it is better to elevate sarcasm to an art form than to take out one’s pain and hurt and anger in more destructive ways.  I don’t want to hurt anyone, especially in the ways that I have been.  It might be a bit mean-spirited to show pics of people who have made unfortunate fashion/life choices, but hey, you set yourself up for those.  If I appeared in public looking like a crack ho, or morbidly obese and/or otherwise badly dressed, then someone posting my sorry ass pic online should be a wake up call, a sort of, “Get your shit together, bi-atch!” statement.  I would be asking for it.

Now, going as a Twinkie for Halloween might actually be funny, but I don’t think that was this chick’s intent. 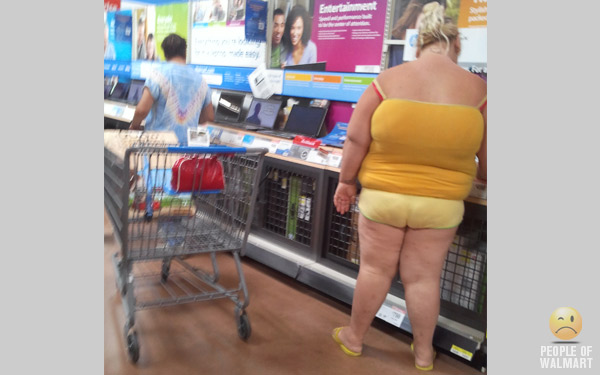 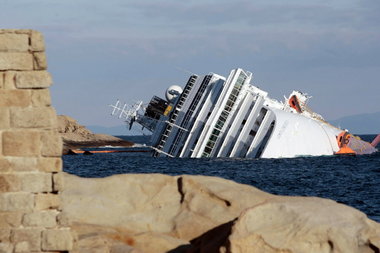 The bad thing about the recent cruise ship disaster is that it’s a reminder that almost every time I plan a vacation and either a.) take Jerry with me, and/or 2.) spend money doing it,  that disaster is exactly what I end up with.  Taking Jerry with me simply means I will spend three or four times more than I’d budgeted for as well as I will be treated to a “vacation” of catering to him.  Oh, how I remember the 20 mile excursion through rural West Virginia to find a KFC, only to return to the hotel and discover they neglected to put eating utensils in with the dinners, and the lovely evenings spent in the smoking cubicle of the Niagara Falls Hooters because they were the only restaurant within walking distance that served American beer.  Believe me, Canadian cuisine leaves a lot to be desired anyway, (the food tasted greasy and bland with a faint hint of Clorox everywhere we went in the Niagara Falls area) and Hooters’ wings are way overrated even if you get them in the States.

I will have to do some research if and when I ever get the opportunity to go on a cougar cruise.  The idea of being on a cruise ship (statistically, boating on an ocean liner is safer than driving, so why not?) still appeals to me even if I am the type of person who has to wear Factor 50 to walk out the door in the daylight.  Nobody said I had to use the outdoor pool.  However, I will make sure of a few things.  First of all I am not really one of those people who wants an iron clad schedule.  I understand that the ship stops at certain ports and you have a definite timeframe should you wish to go ashore.  That’s fine, a loose framework.  But to follow a group around in a micromanaged sort of fashion does not appeal to me at all.  Give me two hours to go investigate something and let me wander around and come back.

The last time I took any time off for any type of what could loosely be called vacation activity was last June when I took Mom and Dad to NC.  In a curious turn of events, it seems when you do the math, it can easily be discerned that my soon-to-be born granddaughter was conceived right about that time.  That’s what I get for having Steve-o come to watch the dogs and leaving them free food and movies, but they are adults.  Sometimes things happen when young adults get bored, even if you do leave out the good movies like Super Troopers,  The Jerk, Beavis and Butthead Do America, Clerks I and II, Porky’s, and the entire Lord of the Rings trilogy.   I know it’s been a long time but even I can (distantly) remember young lust.  There was a time in my life (when the air was dirty but sex was clean- if and when I could find a compliant partner-) that any excuse was a good excuse to get busy.

I still need a real vacation, as in 1.) getting away geographically, including turning off the farking phone, 2.) getting away from being a babysitter, which means Jerry will have to fight the dogs for food for a few days, and 3.) going somewhere interesting to do interesting things.

The problem with this is that in order to do any of the above for any length of time, one needs cash.  With Mr. 54-going-on-two going on his regular throw money away pity parties at the hell-hole every time he gets the least bit irritated at work I don’t see this happening.  It’s pretty sorry when you can’t trust a grown man to stay out of a rip-off gambling joint.  I would leave him at home alone for a few days if I could take most of his cash, all his plastic and his debit card so he wouldn’t be able to go to the hell-hole.  I figure he could eat on $10 per day, but he would have to do without beer and smokes.  Pity that…. 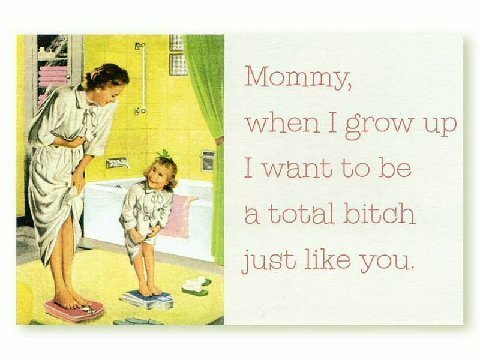 I guess that’s enough of me channeling my inner bitch, although it gets aggravating.  I know winter in Central Ohio is depressing especially when you can go from torrential rain to frozen tundra in 24 hours or less.  One thing about January weather is that odds are, it’s going to suck.