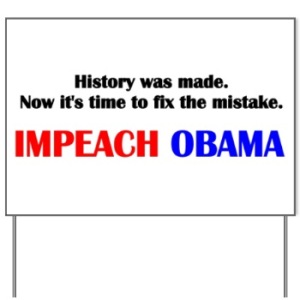 I know the feeling that I hope anyone stupid enough to have voted for Barack Obama is feeling in their deepest inner being right about now.

My first new car was the most stupid and ill-advised purchase I have ever made in my life.  At the time (January, 1990) I was driving a ’79 VW Rabbit that had issues- eight hundred dollars’ worth of issues that I had just resolved, and then the starter (another $150 worth) went south.  While Dad was waiting on the time and motivation to install said starter, I was stranded at my sister’s in Worthington with no ride.  So I got pissed and said to myself what the hell I might as well just buy a new car. 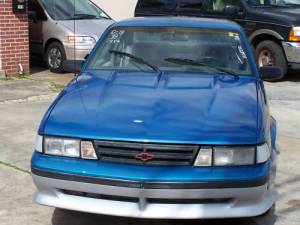 The only new car in my price range with an air conditioner?  A metallic blue, 4 cylinder automatic Chevy Cavalier.  The Cavalier pictured above is not the car I had, but the only picture of a Cavalier that old I could find.  Mine was not a Z24, and it was a 1990 not a 1989 like the one pictured, but it was still a piece of shit.   Since I was working for a Chevy dealer at the time I thought well I probably should buy a GM vehicle (mistake #1) and might as well go with a four cylinder (mistake #2 unless it’s one of the four cylinder engines Toyota builds for GM) and don’t ya love the metallic blue paint (one of the blue and silver paint codes that were notorious for paint delamination all through the ’90’s.)

A week after I bought this piece of crap the clear coat started peeling off the hood.  So it was off to the body shop for a couple of days. The hood never matched the rest of the car again.  The interior trim was so badly fitted the dash vibration at idle would drive you nuts.  I had the techs look at it because it had such bad lifter noise (2.2 G) that it sounded like a freaking diesel.  The techs simply laughed and told me it was normal.  Oh, and did I say the oil drain plug was stripped at the factory so my first oil change was an oil and oil pan change?  I had this car maybe a week and already wanted my money pit VW back.  The VW at least could get out of its own way and it didn’t rattle like a freaking diesel.

To anyone who thought Barack Obama was a good deal- you got my old piece of shit ’90 Cavalier.  How do you like that sinking feeling of, “ah shit, I got hosed?”

Of course I did NOT vote for Obama but Republicans don’t get a free pass either.  We have been too soft and not willing to tell it like it is for fear of offending someone.  Well, dammit, the emperor (or that’s what he likes to think he is) is naked- as well as being downright malicious and power-hungry.

I’ve never been anything close to an optimist in my life, but I continue to pray for a  backlash of common sense. 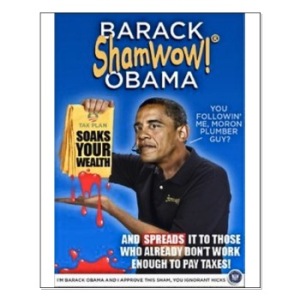