I always wondered why Steve-o’s friends were afraid of me.  I really am not a violent person, no matter how much I watch cop shows and episodes of Dr. G.  In fact from my earliest conscious memories until I was about 14, I got the hell beat out of me pretty much daily.  At one beating a day from ages 2-14, that would be  4382 beatings (assuming there would be two leap years in that time range)  logged in- years before I could legally down a fifth of vodka or so to forget it all.

Granted, some days I probably avoided a beating and other days I know I got multiple beatings, so it all works out.  I know how to assume the position of least resistance to better protect the more vulnerable areas while I’m being pummeled.  The only time I ever fought back was when I was  17 and beat the living hell out of my sister (who had probably inflicted at least 3,000 of the beatings previously mentioned) and that only because she took my car without permission and ran it low on oil.  Taking my car without permission and with impunity (she assumed she had a “right” to just take anything that was mine) as well as almost blowing it up was simply the tipping point that crossed me over the line from fearful and resentful deference into seething rage.  My rational mind wasn’t even engaged. This beating was given on seething, festering anger and adrenaline alone. To this day I wonder how I did it and it scares me to think that I did. I just saw  red.  I will concede that even the meekest and most unassuming soul can be pushed to the point of doing damage.  I truly believe any person, if pushed long and hard enough, or given the right circumstance such as self-defense or defense of a child, can be driven to kill.  My sister got off easy with a busted lip and a few bruises.  Even after Dad had to almost carry me off to keep me from continuing to kick her in the face, he even admitted she got less than she deserved, and that she had been asking for it for years.

This was 17 years’ worth of retribution for as many years of bullying and beatings.  It takes a lot to provoke me to physical violence. I don’t like getting physical with anyone, mostly because in a battle of brawn I will most certainly lose.   Anonymous passive-aggressive revenge is my preferred mode of vindication.  It takes more intelligence and keeps me from potential bodily harm.  I would be the one who would put catfood in your meatloaf, or put on the Souza march CD at full blast when it’s early, and you’re hungover.  I prefer to watch from afar with concealed glee as you shovel in mouthfuls of meat by-products intended for feline digestion, and snicker in secret delight from a different room as you almost hit the ceiling and pee your bed to the tune of “Stars and Stripes Forever.”   That’s usually about as far as I would go with trying to get even.

Anyone who would be afraid of me must have their wires crossed or something.  I am neither large nor strong.  I am so uncoordinated that walking without falling is somewhat of a challenge, let alone coordinating the efforts required to smack someone down and deliver an effective pounding.  So just what is so intimidating?  The dogs know I’m harmless, but then I believe dogs are more intuitive than most people.  Dogs just know certain things.

I do have a loud voice and a broad vocabulary, but that and $5 will get you the footlong sub of your choice at Subway.

I have to admit that I can be a control freak about a number of things.  I don’t like my schedule disrupted unless I am the one doing the disrupting.  It does disturb me when I use a particular brand or product and then can’t get it for whatever reason.  Toothpaste (Colgate Total Whitening- Gel) is one I am very picky about as well as shampoo and conditioner.  I use the Pantene Restoratives.  Target was down to one tube of conditioner the last time I ran out, and I ended up having to climb up on the shelving to reach it as (of course) it was on the top shelf behind everything.  It’s sad but I think I would have had a major meltdown had I not spotted the last lone conditioner tube.

I am surprised that such trivial inconveniences have the power to get me so riled up.  Perhaps there is something to the theory that learned helplessness (knowing that life is going to kick your ass so you roll over accordingly) leads to all sorts of autoimmune disease and high blood pressure (I could be the poster child for that.)  There are very few things that I can control but when even those few things don’t work right then even more anger gets turned inward.  I let it burn and seethe and simmer which is exactly the wrong thing to do- and then I have the potential to explode over something stupid like not being able to find conditioner at Target.

On a lighter note, I found a rather delightful blast from the past.  It’s been a long time since I watched Pee Wee’s Big Adventure – admittedly the Pee Wee films are not paragons of the motion picture art, but the guy is funny.  He’s so insipid and annoying that it makes him funny.  I don’t know why but the Mr. T Cereal caught my attention- after watching the Rube Goldberg breakfast clip from the Pee Wee movie  I was reminded that Mr. T Cereal was an actual food item that could be purchased in the mid-80’s.  Perhaps we have moved forward after all, although I know that there are still kids’ cereals out there that are based on cartoon characters or fake time wrestling or whatever.  I know kids hate being forced to eat breakfast.  Mom would never bow down to the latest sugar coated delights of the 70’s (and there were many!) so we were stuck eating either Honey Combs (why she thought these to be healthy I’ll never know) or Cracklin’ Bran which looked, smelled and most likely tasted exactly like dog food.   Sure, you get a week’s worth of fiber in one bowl, but face it- kids just don’t need that much fiber to be able to plop out a good one.  I can see someone my age needing a cereal like Cracklin’ Bran or Super Fiber Colon Sweep, but not kids.  They haven’t had the opportunity to accumulate all that colon drudge that we old people have hanging about.

Steve-o never really liked cereal regardless of the cartoon character on the box or the prize, but he would eat chocolate Pop Tarts by the box.  He probably still would if he could afford them.  It seems that funky food preferences are easier to maintain if they are maintained on someone else’s dime.  By now he has probably learned how to make a pack of ramen noodles and a bottle of Texas Pete’s last for three meals.  It’s a valuable skill. 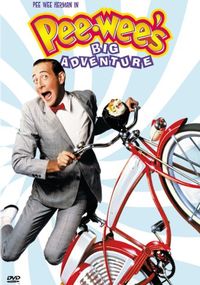