Oh, yes, this brunette remembers way too much, especially in regard to others’ drunk and stupid antics.   Jerry is attempting to stay sober so he can get good and liquored up for the OSU/Michigan game Saturday.  Joy and rapture.  The game is at noon, which means I can forget my Saturday morning cougar nap.  Jerry will be raring to go by 8AM if not earlier.  I wish he had the same enthusiasm for waking up on work days.  I don’t care for football on a good day, but dealing with Jerry when the beer drinking begins at noon (or earlier) is going to be hell on wheels. I can just imagine dragging him in the car to go home after the game.   It’s almost enough to make me wish I could drink to forget.   Right now I’m not in a particularly social mood either and I’m sure I will be even less inclined toward interacting with other humans after dealing with my relatives on Thursday.

No, I won’t have to eat this.  But in the end, I don’t know if eating humble pie is worth a high class meal.  I’d rather be home alone eating White Castles, truth be told.

Maybe I shouldn’t be so despondent.  I do have a family.  I get along with my parents for the most part and am at least on speaking terms with my sisters.  But these get togethers serve to sort of rub my failure in my face.  I’ve never really done anything worthwhile other than somehow manage not to either starve to death or become a victim of a spree killer, and being around my sisters only underscores the point. 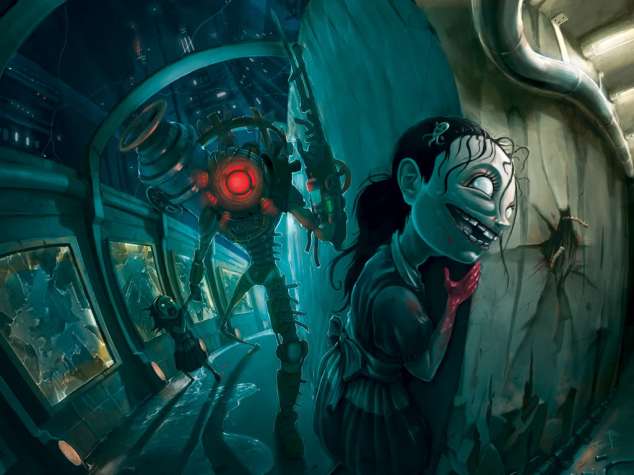 I know it’s been a long time, but a tortured childhood is a gift that keeps on giving!

Steve-o has managed to thoroughly piss off my granddaughter’s mother- so much so that I would be pleasantly surprised if I will be able to have any interaction with my granddaughter again.  He’s actually at the point of wanting to do what the male contributor of his DNA did- signing off his parental rights- which will in effect make me a stranger on the street.  Yeah, I know, the whole biz with relationships and so forth- and I am a cynical one.  I have to admit I pretty much anticipated this, though I am thoroughly disgusted with the POMC and the way he’s handling things. It breaks my heart.  When it comes to kids in Ohio courts fathers have no rights except to pay up.   I’m pissed at him- because I warned him not to be such a dick to her- but I also understand the futility of him trying to maintain any kind of meaningful relationship with his daughter when her mother won’t speak to or deal with him for whatever reason.   The courts always side with mothers in this state, unless they’re crack heads or serial killers and sometimes even then.  She is a good mother, and her relationship to Steve-o or to any of the rest of the family is not an issue there.    If she doesn’t want him or any of us around her kid, she can and will get her way.

This is reason enough for me to avoid the forced family togetherness this week.  I’m pissed at my own son, won’t get to see my granddaughter, and have to deal with my parents and my two sisters.  Damn, I wish I could have a nice, stiff drink.  Or twelve.

I’m considering feigning communicable illness to avoid the compulsory Thanksgiving roadtrip to my sister’s house, where I will have my poverty, marriage to a drunken redneck, and my painful lack of any sort of meaningful accomplishments rubbed in my face yet again.   Hello, punchbowl!  The turd has arrived!  That’s how I feel when I go to her house, and I have to drive 100 miles to do it.  Me in my Goodwill and Target discount rack clothes, driving a Toyota Yaris, showing up about as welcome as Cousin Eddy (remember Christmas Vacation) in this suburban wonderland of palatial homes and BMWs.  It’s depressing.  I don’t know why I even bother showing up, because I know my sisters are ashamed of me anyway.  I give them something to laugh at, or perhaps my saga serves as a cautionary tale for their offspring.  Even so, I don’t really think either one of them would give two shits in a baggie whether I showed up or not- except that, for whatever it’s worth, I do bring homemade pies.

I may be poor and not good for much, but I can cook.

There is a bright spot.  I have to work on Friday.  So I have a good excuse to beat feet quickly after dinner and not stay overnight at my sister’s.  Then I’d end up having to go through the hell of Black Friday shopping with the two of them and my Mom.  I think I’d rather slit my wrists with a rusty razor blade and slowly die of exsanguination.  The rusty razor blade would afford a far more pleasant death than traipsing through Nordstrom’s (there’s a place where I am definitely the turd in the punchbowl) while my sister runs around flashing her plastic and Mom’s gawking at all sorts of fugly high dollar kitsch she can’t afford.

I can’t get into the holidays.  I wish I could- but I have no money and no time to do any of the things that would make the holidays fun.   I thought I would at least be able to enjoy some time with my granddaughter, but I highly doubt that will happen either, thanks to my son and his abysmal relationship skills.

If I could avoid my entire family and all the holiday crud and come out sometime in March or April that would be OK with me.  But, alas, the drippy winter funk begins.  I know I have to deal.  Oh, and I have to remember to go to Target and get my scripts.  I don’t want to run out of Prozac anytime soon.

I’ll be armed with the camera for both my Thanksgiving Dinner in the Punchbowl and the OSU/Michigan Beer Drinking and Football Outing.  Comedy is the flipside of tragedy, and I’m going to be trolling for comedy this week for sure.  If I can get past the tears, that is. 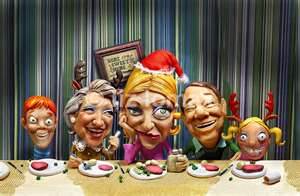 2 thoughts on “License to Annoy, I Hate the Holidays #584, and The Drippy Winter Funk”