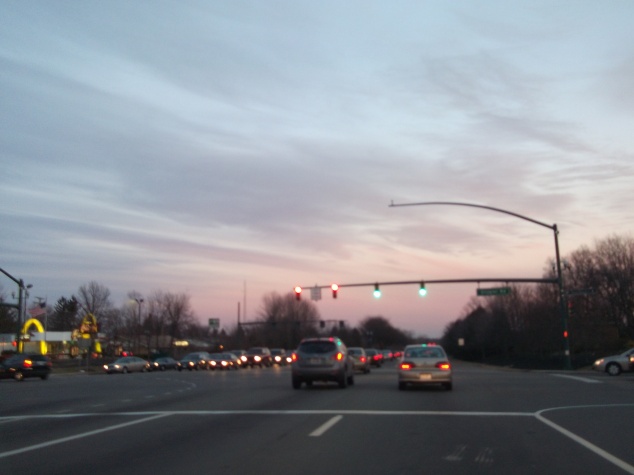 I have a hard time finding anything beautiful in a Central Ohio winter.  We don’t get snow like those up around the lake do.  Most of the month of December we had a very small amount of snow cover, which is not typical here, but most of the time winter is simply cold, wet (precipitation forms will vary, but precipitation is a factor on most days) and dark. I can deal with cold and wet, but it’s the dark that gets to me.  It’s dark in the morning when I leave for work and dark when I get home.  Most days are overcast even at high noon so even the daylight hours are usually subdued.  I took this pic at about 5:15 last night.  The pink sky (and the bit of lingering daylight) intrigued me.  Despite rush hour traffic (which sucks) I had to snap off a pic if only for the rarity of a nominally clear sky and no precipitation falling from it.

Beauty is where you find it.

Technically I understand that after the winter solstice (December 21 or thereabouts) the amount of daylight starts to increase by a minute or so every day, until summer solstice (June 21 or so) but during January and February it’s hard to convince me that life isn’t just one big long dark night.

Tonight is a Big Deal among my friends who are into Ohio State Football.  I am not a football fan by any stretch- sure I’m glad they are playing the Sugar Bowl and all that, but I just can’t get ramped up about football.  So I will be nice and rested tomorrow morning, as I am planning on getting to bed nice and early, so I can taunt my hungover co-workers who I know are going to stay up until 1 AM drinking beer and woofing at the TV screen.  Not me.  I’m watching Dirty Jobs.  Later I might troll on over to History Channel or TruTV to see what’s on there.  I might as well get an education. 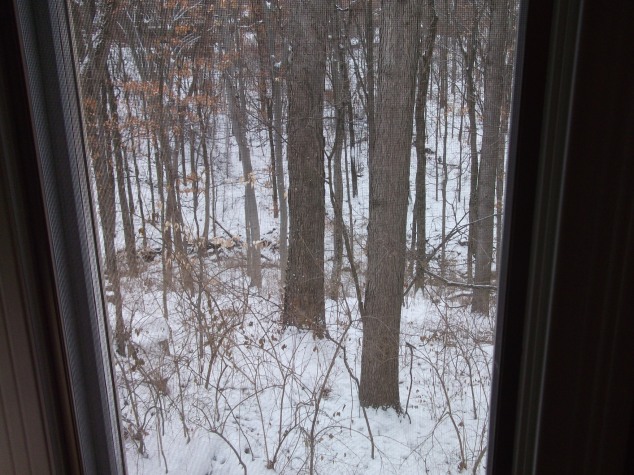 Cincinnati gets snow even less often than Columbus, but this is the view from my sister’s house on Christmas.  It’s unusual to have a white Christmas in Cinci, so this was kind of cool.