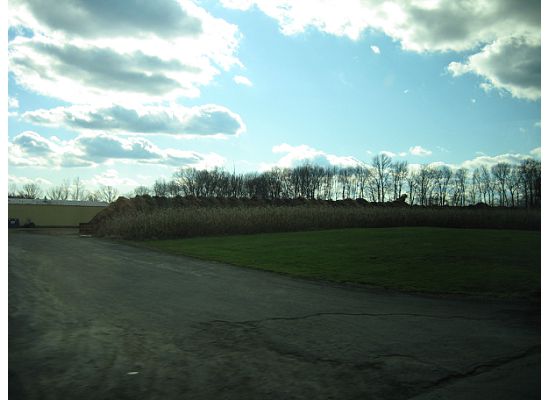 I don’t know what motivated me to take this pic but I find it interesting.  A couple of years ago I went with Steve-o to tour a technical school in Connecticut (thankfully he ended up in Lima, OH, which is sort of a long story, but the Connecticut foray was an interesting road trip.)  Just outside of Hartford CT, there are small family farms and it really is somewhat picturesque.  I took a pic of the compost pile above because I found it such a contrast- lovely scenery, a beautiful sunrise, and- boom-  a steaming pile of shit.  What an appropriate metaphor for maudlin sentiment.  I am not the type of person who responds well to flowery diatribes and superfluous praise.  In fact, I see right through it.  Cut to the chase and tell me what you want.  I have learned the (easy to me, at least,) lesson that no one butters a piece of bread without intending to take a bite out of it.   Nobody butters me up unless they want something from me.

It’s better to tell it like it is so that people know exactly where you stand.  Of course I don’t think Jerry has washed a dish in his life- which is OK with me- I eat off of those dishes and utensils too,  and I would rather have them clean and in one piece (tremor disorder and wet, soapy, slippery, breakable dishes do not go together well) than to attempt to drive home a point.  Perhaps the general laissez-faire attitude toward caution and cleanliness that is prevalent to the male of the species is the reason why so many mothers fail to train boys to do domestic chores.  I have to admit I didn’t usually press the issue of washing dishes with Steve-o either, not because I was afraid of him breaking dishes, but because I know where his hands have been.  Anyone who can jam his index finger up his nose up to the third joint and pull out a worm-like, amazing green, streamer of snot should not be fingering things I’m going to be eating off.  I know his hygiene has improved in the past few years but still.  No matter how much soap is in that dish water,  the snotty visual remains.

There is such a thing as “man-clean.”  Man-clean is when something is sort of cleaned up, but not very well.

This toilet is man-clean, because you can actually see some white porcelain here and there, and there is clear water in the bowl.   Before the man “cleaned” it there was no toilet paper, and the bowl was full of used chili dogs and processed Natty Lites.  Putting toilet paper on the roll is a Herculean undertaking for any man, so he’s going to want brownie points for that, even if he used up most of the roll blowing his nose in it.  Flushing deserves even more points, especially if the plunger was involved.  Of course this level of clean is not acceptable to any woman, so when a man would report that he “cleaned” the above bathroom, a woman would don a pair of gloves, grab the Clorox and get to scrubbing.

I think men are allergic to Clorox.

Man-clean as it applies to keeping young children remotely sanitary is especially scary.  “Hosing off the big chunks” is not an acceptable approach to bathing kids, or dogs for that matter.   If it still smells like puke or shit, or it still has snot encrusted on it, you didn’t finish the job.

I got to experience man-clean as it applies to laundry last night.  In a rare and daring stretch of ambition, Jerry decided to put a load of laundry in the washer all by himself last night.  Jerry and his attempts at using any household appliance scares the hell out of me, especially after he caught the microwave on fire several years ago.  Handy hint: if you put popcorn in a 1200 watt microwave on full power for five minutes, the result is FIRE.  Just so you know.

Anyway,  Jerry didn’t make the typical man mistakes with laundry which generally include: washing whitey tighties with red t-shirts (leads to pink undies,) overloading the washer (leads to all kinds of potential fun) or putting too much soap in.  He didn’t do it right though.  He forgot the fabric softener, which you don’t do in beautiful Central Ohio for two very good reasons.  The hard water here is legendary.  Failure to use both liquid fabric softener and a dryer sheet will leave your clothing so incredibly crunchy it will crinkle and crunch and almost stand up by itself when it dries.  This time of year is especially bad because you not only get crunchy clothing, but crunchy clothing with static cling.

I put in a dryer sheet when I put his stuff in the dryer for him, but I am not responsible for his jeans standing up all by themselves.  He’s going to have a very scratchy day.  I buy liquid fabric softener for a reason. 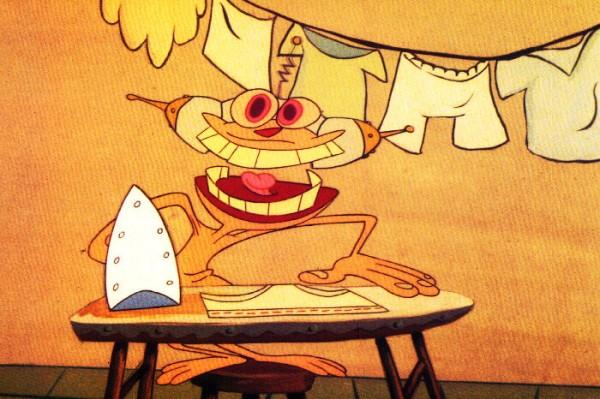 I hate ironing.  I admit it.  That’s why most of my clothes are knits.  Of course Jerry has a thing for oxford shirts rather than t-shirts or knit shirts, and most of the time (unless you hang dry them or retrieve them from the dryer right away) oxford shirts need to be ironed.

That reminds me, I need to get his dress clothes to the dry-cleaners before somebody dies.  It’s been over a year since we’ve had to go to a funeral (Grandma’s, sadly enough) and unfortunately odds being what they are, someone’s going to die and then I’ll catch hell for not having his clothes ready for him.  I don’t know why he bothers dressing up to go to the funeral home when these days guys show up in Dale Earnhardt t-shirts and cutoffs.  I know it’s tacky to show up at the funeral home looking like the Grateful Dead, and I am somewhat old school about that- I have black dresses for funerals and other formal occasions- but he’s a dude.  Nobody expects dudes to dress up unless it’s absolutely required any more.