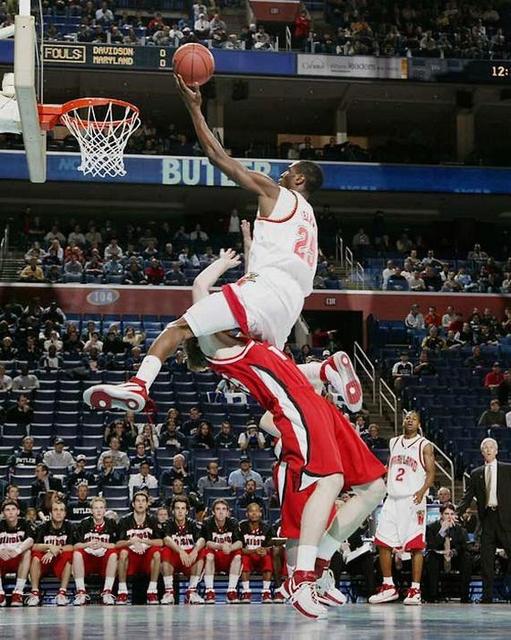 Ok, now I’m pissed.  Last night I was denied my fix of  World’s Dumbest due to freaking basketball. Why take away my TruTV- one of my favorite channels, that is normally gloriously devoid of all things sport- and have basketball instead of  World’s Dumbest?  Why can’t they put the extra sports (yes I know it’s March Madness- it’s all I hear from Jerry and it’s all I hear at work) on the Oprah Channel or some other channel I don’t watch, like the Fishing Network or better yet, one of the 8 different ESPNs?  The only thing about putting sports games on the Oprah Channel is that little old bitties like my Mom would probably have a coronary.  Mom needs gossip, scandal and treacly pathos like a fish needs to be in water.   Then again, there’s always the Hallmark Channel if you want to watch those dreadful tear-jerker chick flicks that Mom adores, but I just plain can’t stand.

To be fair, TruTV did air two episodes of World’s Dumbest before the games were supposed to start, but it really disturbs my little world when it’s Thursday night and I don’t get a new episode of World’s Dumbest.  I know, I need to either get a hobby, or better yet, get a life.  I did make use of the time to watch a documentary on the reasons why the Titanic failed on National Geographic Channel, so at least I learned something.  I also cleaned up and defragged my home computer, which kept me offline last night, but thankfully it’s a LOT faster this morning.  It’s old, and I’d love to have one of those new tablet PCs, but I can’t afford a new one.  I can’t even afford a memory card and/or an external hard drive for the one I have.  So from time to time I have to houseclean and defrag it, otherwise it would be so stinking slow it wouldn’t matter whether I have Roadrunner or not.  Since I am paying out the wazoo for both premium cable and Roadrunner, I might as well get my use out of both of them.

I am hoping for a very quiet and sports-free weekend.

Jerry of course will be watching all the basketball and NASCAR, etc. he possibly can all weekend, but this is the beauty of having two TVs.  I’ll either be catching up on my napping, or I’ll be watching the Discovery Channel, Science Channel, History Channel, National Geographic, etc. whilst he is being occupied with sports.

I have come to the conclusion that the Thinking Woman is a rather rare beast.  I’m talking about women who take the a predominantly rational approach to life rather than a predominantly emotional approach.  Most women (even the prevailing emotionally dominant types) are more intelligent than most men.  When I say Thinker, I’m not referring to intelligence per se, but to a method for getting through life.   For those who are familiar with the Myers-Briggs test, there are Feelers- people who act primarily on their emotions, and there are Thinkers, who act primarily on logical thought.  Neither of these orientations is right or wrong, better or worse- they’re just different perspectives and ways of operating. Most women are Feelers, while most men are Thinkers, at least according to the minds behind Myers-Briggs.  From experience I would have to say I agree with that general assertion, though I know there are exceptions.  Jerry is more emotional than any woman I’ve ever encountered, and I’m probably the least emotionally driven person I know.

I’ve taken the Myers-Briggs.  Twice.  Both times the result was the same.  My type is INTP, which really is no surprise, especially the Thinking and Introverted elements.  I am about as warm and fuzzy as a tire iron.

There are all sorts of entertainments for the Feeling Woman out there- Oprah, Hallmark, Home and Garden, TV talk shows, those dreadful chick magazines like Cosmopolitan, ad nauseam.  The Thinking Woman gravitates toward some of the same stuff as Thinking Men- true crime, documentaries, history, and so forth, but most of us really can’t get wrapped up in sports.  The Thinking Man embraces all the players’ names, team names, standings, statistics and all that sort of crud that would just clog up my brain.  It wouldn’t be crud to me if I were interested in sports, but I’m not, so it doesn’t make any sense for me to memorize any of that stuff.  I did find out amidst all the March Madness banter that there is actually a college named Morehead.  I normally don’t feel sorry for cheerleaders, but I feel sorry for the Morehead cheerleaders.  Believe that. 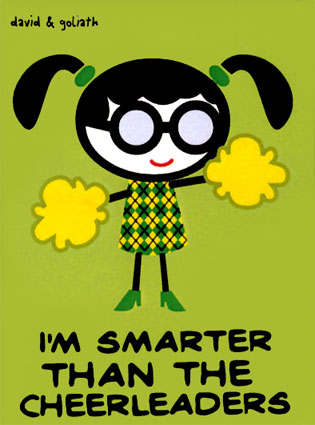 I know I am not the only Thinking Woman out there, but I’ve not met very many in my lifetime.

I know the basketball deluge is only temporary, but I’ll be glad when I get to go back to my Thursday night new episode of World’s Dumbest.