Today’s science is tomorrow’s quackery.  Case in point- the “medicated” cigarettes shown above are in a museum.  I don’t know of any Dr. who would recommend smoking anything for the “temporary relief of the paroxysms of asthma.”  I don’t know of any Dr.s who would use the word “paroxysm,” even though it’s a pretty cool word.  Here’s the definition according to Merriam-Webster:

paroxysm: (n)
1: a fit, attack, or sudden increase or recurrence of symptoms (as of a disease) : convulsion <a paroxysm of coughing>
2: a sudden violent emotion or action : outburst <a paroxysm of rage>
In my world, synonyms for “fit” are always welcomed, if for no other reason than to keep me from sounding as if I am repeating myself incessantly.
If I do no other service in this world, I can only hope to expand someone’s vocabulary.
I would love to find a pic of it, but there was an old patent medicine featured on the Science Channel program, Oddities, that was supposed to contain strychnine and testicles- and 18% alcohol, ostensibly to help one forget that he was not only drinking powdered gonads, but was also poisoning himself.  100 years ago, the testicle tonic would be considered modern pharmacopoeia.  Today it would be considered just plain gross and poisonous, but science, like history, has to be taken in context.  100 years ago, cocaine was believed to be therapeutic.  How any of our ancestors lived long enough to procreate is beyond me.
I’m sure that some of the pharmaceuticals we use today will be eliminated or phased out due to side effects.  I just read today that benzocaine- a topical anesthetic found in Blistex and cough drops- can make you turn blue and die if you OD on it.  Apparently if you OD on this stuff you can get methemoglobinemia  ,which sounds like a really scary condition in which you turn blue because you can’t get enough oxygen in your blood, so you die.   I wonder if it’s in Carmex, because that’s generally my cracked-lip remedy of choice.  I would hate to begin my trip to the Great Beyond by OD ing on Carmex. 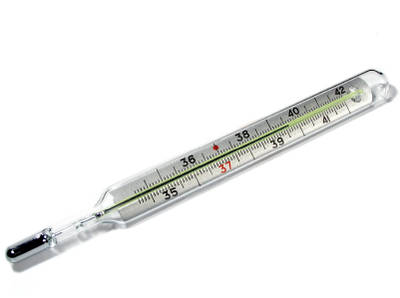 How many of us remember the old style mercury thermometers- or playing with liquid mercury in science class?  Now mercury is considered hazmat.  Apparently you can touch it and die or something. That would have been handy information back in 1980-whatever when we were farking around with the stuff.   Then again, apparently kids who fail to wear a helmet while riding a bike, pedaling a Big Wheel, swimming or (let’s hope the really paranoid people out there don’t jump on this bandwagon) eating a cheese sandwich, risk grievous head injury should they fall and skin a knee.
No wonder kids are fat, if they have to suit up for a moonwalk just to go out and get some bloody exercise.  We got plenty of exercise back in the Dark Ages, and it was bloody at times, but scars add character.  I must have a lot of character as I have plenty of scars from cuts, scrapes, burns, falls, etc.  Even as uncoordinated as I am, I usually managed not to bang my head on stuff.  My arms and legs, not so lucky- but I have managed to go 42 years and still have all my fingers and toes, which given my complete lack of physical prowess- and complete lack of protective battle gear to play in as a child- is pretty impressive. 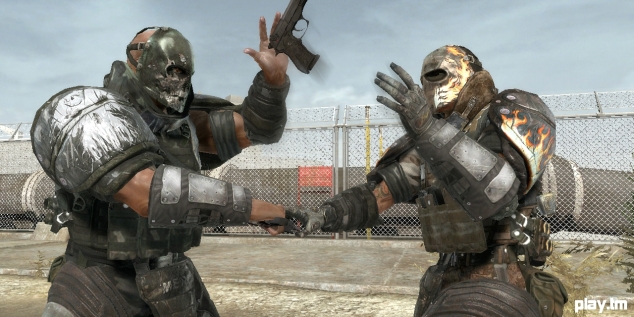 I can see some advantages in this kind of protective play gear had it been available to me as a child.  I probably would not have gotten nearly as much sunburn.  I also probably wouldn’t have felt as much pain as I was getting my ass kicked either.  However, I do see some distinct potential for dehydration and hyperthermia (overheating) if one were to wear this on a hot day.
I think part of the paranoia surrounding one’s offspring comes in part from the fact that people don’t have as many kids.  When you have three or four kids they might seem a bit more expendable than when you only have one.  People also have to spend a lot more money on kids today, so children just playing like normal kids jeopardize your investment . The calamity factor- and the potential for catastrophic expense- rises exponentially when they go out and do stupid and reckless things.
I know the incident when the POMC had to get crowns and multiple root canals after some “buddies” of his sabotaged his bike (something about 160# of fourteen year old boy hitting the pavement mouth first is really not good for his dental health) cost me over three thousand dollars- and that was after the insurance paid. I couldn’t leave him to go through life with a Billy Bob mouth- and the crowns are lovely- but now I see why some mothers strap a helmet on their offspring at birth and don’t remove it until the child is potty trained, literate and no longer on a parental health insurance policy.  The bad thing about that particular incident is that he would have needed a mouth guard to mitigate this injury.
Even if he had been wearing a helmet (which I seriously doubt, knowing him) it wouldn’t have done jack to protect his mouth unless he would have had one of those full face motorcycle helmets. I can only imagine the mocking he would have gotten from his posse for wearing a full face motorcycle helmet to ride a BMX bike.

I wonder if it would do me any good to start wearing a helmet now?  Probably not.

Then again, science has advanced from the days of patent medicines with really gross stuff in them, at least I hope.

Pile is an old time euphemism for hemorrhoid. Another fun fact to share with friends and family, best reserved for conversation over the dinner table,at least if you’re looking for shock value.  I have to wonder if the “active ingredient” in the A.J.P. Pile Cure is kerosene.  It wouldn’t surprise me.   If it’s burnin’ it’s workin’!