Creepy, I know. But I did do what I said I was going to.  I even wore a black bra and black underwear, should the inquiring mind want to know.

My reasons for wearing all-black mourning clothes in protest of the second inauguration of the Worst President in American History?

1. Voter fraud.  If the past election had been honest, i.e. only eligible voters voting, and eligible voters only voting once, yesterday’s events would have been very different, and far happier.

2. Obama is the absolute worst president this country has seen in its 236 year history, for a laundry list of reasons: a.) wiping his pompous ass with our Constitution, b.) refusing to submit to proper background checks to prove his eligibility to hold public office, c.) his active support of terrorist harboring nations, d.) he advocates the murder of the unborn, e.) he is imposing his faux imperial will upon the people of this country (see also letter a.) against our consent.

Perhaps if Obama had won “fair and square” I wouldn’t be quite so pissed off.  However, I find it curious that more than 100% of the registered voters in a few Cuyahoga County precincts ALL voted for Obama.  I find it fishy that the Democrats were bussing non-citizens to the early voting center right here in Columbus, so they could vote multiple times on multiple days using nothing more than a utility bill (even though you need not be an American citizen or a resident of Ohio to have utilities in your name) for ID.   I find it even more peculiar that Obama failed to win any state that requires a photo ID to vote.  What’s even worse is that so-called Republicans (including the Ohio attorney general and the Ohio secretary of state) refuse to investigate these egregious and widespread frauds and refuse to speak out against them.  Methinks they are afraid of rocking the boat, or of getting a visit from the union thugs that rule over Cuyahoga County.

I’m tired of people using his race to excuse his ineptitude- and his dishonesty.

The 2012 election was a travesty and a joke and no one will do anything about it.  Obama might as well just have declared himself king yesterday.  The sad thing is that I wouldn’t put it past him to do exactly that.

What are you boys afraid of? Sometimes standing up for the right thing means pissing a few people off.   I learned a long time ago I don’t give a rat’s ass who I please as long as I can live with myself.   Just because I disagree with Obama’s policies and I can see that he is a Marxist, a liar and a cheater does not make me a racist.  It makes me someone who sees Obama for who he really is- a petty despot hell bent on destroying America.  I don’t care if he is black, white, green, gay, straight or furry.  He’s dishonest and he’s wrong.   He may hide behind the façade of being black (in reality, his mother was white) to avoid scrutiny, but at the end of the day, failing to speak out against him is giving evil a free pass. 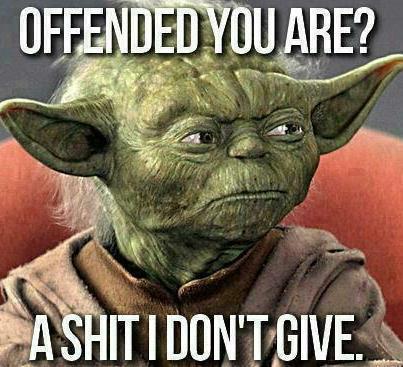 Tact never was my strong suit, but there are times when the truth has to trump tact.

Today also marks a sad anniversary- 40 years of Roe v. Wade.  Another testament that just because something is legal does not make it right.  The Supreme Court also decided the Dred Scott case, which was as fundamentally wrong when it was decided as it is today. 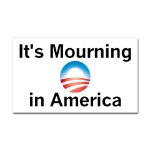 On a different note, this is one of those days when Central Ohio is too far north for human habitation.  Today’s high was 15°, which is cold even for me.  I know it’s colder in places like Cleveland and Detroit (both of which are places I have no real desire to visit again) but it’s pretty damned cold here too, and windy to boot.  Target, of course, has lots of brand new swim attire on display, should anyone be able to find any body of water thawed out enough to swim in.

Do what you want, but personally I think this is downright nuts.

When it is this cold and windy I find it necessary to wear a hat.  I like hats, but when I put a hat on it’s got to stay on the rest of the day unless I have the opportunity to re-do my hair.  So I’m wearing a hat today- the same black aviator hat I wore yesterday.  When the farking wind chill is 20° below and the various HVAC systems I encounter in a day are doing good to keep the temperature in the 50s in this kind of cold, the hat stays on.  Don’t like it?  Bite me.

2 thoughts on “Dissent is My 1st Amendment Right, Freezing, and the Agony of Hat-Head”