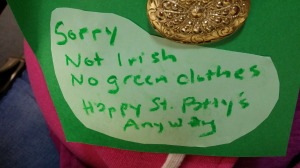 I don’t own any green clothes.  I don’t like the idea of weirdos trying to pinch me, either.

St. Patty’s Day isn’t really high on my radar of secular holidays.  I don’t drink beer, and even if I did, it wouldn’t be green.

It’s sort of depressing that someone took the guy who brought Christianity to the heathens in Ireland and turned his festival day into a drinking holiday.  I still think green beer and leprechauns would be more suitable if we were celebrating Benny Hill’s birthday, but maybe that’s just me.

I guess it’s a good thing leprechauns are white.  Otherwise we wouldn’t be able to make fun of them.  Or get creeped out by them.  I always looked at leprechauns as sort of creepy mini-trolls.

At least it’s not Hans Strudel. 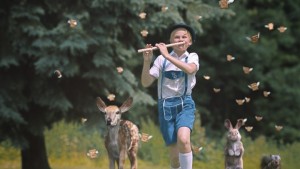 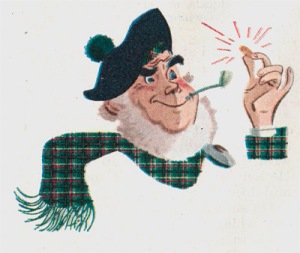 Then there’s the Thrifty Scotsman, which is a stereotype I can understand.  My grandmother’s father immigrated (legally, may I add- Dad has his documentation) from Scotland.  My great grandfather died long before I was born, but my grandmother was one of the most thrifty people I ever knew- cutting coupons, hitting the sales, stocking up on dozens of three-pound cans of Folger’s when it was cheap,  and so forth.  That might have been because she was half Scots (her mother was German) but it might have been because she grew up in the Depression, too. 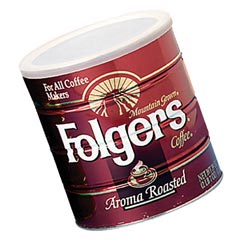 Grandma always had a few extra cans of Folger’s.

I don’t think I’ve had green clothes since I was old enough to buy my own clothes.  Almost everything I have is either pink, black or jeans.