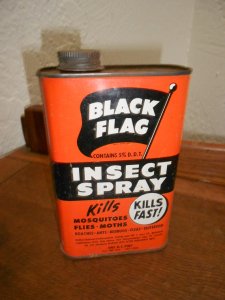 I never realized just how entertaining Amazon reviews can be.  I went trolling online for reviews on a perfume I’ve been thinking about buying.  I like fragrances, even though I have to take a French bath in most colognes just to smell them at all. The only ones I can enjoy in slight doses are the really, really strong ones such as Liz Taylor’s Passion, Esteè Lauder’s Youth Dew or Opium.  I really like all three of those fragrances, although I don’t dare wear any of them, because Jerry says they all smell like a combination of “nursing home” and bug spray.
***
So in my quest for more subtle scents, I check out the reviews, and stay away from the Dollar Store knock off shelf.  I have been assured by more than one person that the dollar store shit that is supposed to smell like Chanel No.5 (and it does- to me) really smells like a combo of Black Flag and drain cleaner.
***
I did find an eau de toilette I found intriguing called Dahlia Noir by Givenchy, which I am going to try in spite of this review-
All I can say to this one is that I’m glad that I’m not “Dave’s” old lady:

“Dave’s” review notwithstanding, his comment reminded me of something Jerry would say, which sort of swayed my decision toward buying it.  I am a believer in stringent personal hygiene, and I’m pretty uptight as far as observing stringent personal hygiene practices at all times.  I shouldn’t have a “stink.”  Even so, hygiene practices aside, one can’t be too careful about one’s olfactory impact upon others when one’s sense of smell is pretty much transitory and unreliable at best.  So I do like to indulge in wearing a sensible and pleasing fragrance- just in case.
***

I’ve never been the outdoors type, and I hate to be dirty or to sweat.  So I’ve never really had a need for Vagisil, but if I did, this is the most glowing review I encountered:

This should be in every woman’s first aid kit

It smells like burning fur, but who cares? If you’re out in the middle of the woods camping, or on a forever road trip and you haven’t had a chance to change your drawers in a day or two, chances are, your unmentionable areas are gonna get itchy. Some areas are more sensitive than others when it comes to persistent itching and scratching. Vagisil allows you to temporarily relieve the itch so you can concentrate on driving or sleeping instead of scratching your parts off.

Remind me to never put myself in a position where I don’t get to “change my drawers” and hose off at least from the waist down, Every Freaking Day. Some areas were never meant to be scratched.  If my nether area were to itch so bad I can’t drive, I think it’s time to see a doctor, not time to run out and buy some over the counter cream that smells like burning fur. 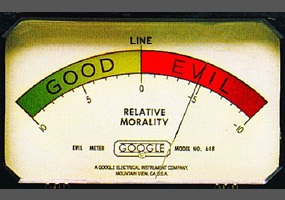 Too bad a gauge like this doesn’t really exist.
***
I have been accused at many points in my life of being highly subjective in my assessments, which is a bit ironic considering that I tend to be logical and pragmatic rather than emotional and flighty.
***
Perhaps those assertions are based on the fact that I can have rather narrow parameters for passing a judgment or making a decision.  I make up my mind very quickly, and usually based upon the information I have on hand that I deem relevant at the moment.  I’m not one to hunt and peck or hem-haw around. The only disadvantage to that is that unless I make a conscious effort to do otherwise, I can be very closed minded and unwilling to try new things.  I know that a love of the familiar and a desire for order and routine go hand and hand with the way I’m wired, (oh, the joy of navigating the autistic landscape!) and sometimes I have to purposefully override familiarity, order and routine in order to learn anything, or to do anything fun.
***
I think rigid would be a better word to describe my decision making process than subjective. 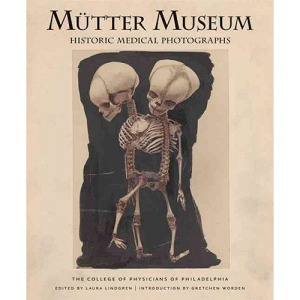 I realize that my tendency toward rigidity makes spontaneity almost impossible. The older I get, the more difficult spontaneity gets.  I’ve been meaning to take that day trip to the Mütter Museum in Philadelphia. It’s not necessary for me to take Steve-o with me, which is good because his schedule is nearly impossible (although he would thoroughly enjoy it.)  I’m not afraid to travel alone, and have done it before, so what’s the big deal about a 500 mile (one way) road trip?
***
Yes, I would need to book a motel room as well as make my admission arrangements in advance. I would have to see that Jerry takes care of the dogs for a couple of days.  They have survived being alone with him before.  I’m really good at trip planning, and this one wouldn’t be terribly expensive… so why haven’t I done it yet?
***
True, I have never been to Philadelphia.  I am concerned about crime, such as carjacking, rape, robbery etc. because those things happen in densely populated urban areas, but crime is just as statistically likely to happen right here in central Ohio.  Granted, I know the times and areas to avoid here, but would the additional risk of being in an unfamiliar urban area be statistically significant?  Probably not.  I have traveled alone in the rural South which is statistically safer- but if you were to be a crime victim somewhere down in the hollers, let’s just say your body and/or your car may never be seen again.
***
I need to shut up and just go. The medical oddities await.