I was never much for rocking the boat when I was in high school.  By the time I’d survived long enough to get to my sophomore year (1983-4) all I wanted to do was to stave off boredom while still keeping up my GPA.  Keeping up my GPA wasn’t much of a challenge, but staving off boredom was quite another issue.  I do have to admit to reading every single issue of  MAD and National Lampoon from 1982-86, as well as a stunning selection of $1.35 each coverless books from the cigar store that would have been porn had they been illustrated, along with the works of George Orwell, Ayn Rand, and JRR Tolkien, a somewhat extensive collection of the classics- including Dante’s Divine Comedy and many of Shakespeare’s plays, a fair number of scientific publications,  and a plethora of non-fiction historical works on WWII.  I may not have had too many challenging classes in high school- with the exceptions of AP English and music theory, but I did some major reading, mostly for my own edification and recreation.  Being a geek had some advantages, namely that on the rare occasion that I considered bending the rules, I was usually able to do it under the radar and beyond suspicion.  I got away with murder- quietly and covertly.

Since Mom is and was very much a practicing, old-school Catholic, every year on Good Friday, since the powers that ran the school system weren’t about to make Spring Break coincide with a Christian holiday, Mom wrote us an excuse to skip the afternoon so that we could go to the Good Friday service at church that lasted from about 1PM-4PM.  No, it is not Mass- the one day in the Catholic calendar that Mass is NOT celebrated is Good Friday.  The service that is held in lieu of Mass is called Tenebrae,  which could be called a “service of shadows.”  The Tenebrae service is also observed in the Lutheran tradition, with the reading of the Passion of Christ and reflections upon His death.  Heavy, heavy somber stuff, as it should be on Good Friday.

But He was pierced for our transgressions, He was crushed for our iniquities; the punishment that brought us peace was upon Him, and by His wounds we are healed.- Isaiah 53:5 (NIV)

We- meaning my sisters and I- were well acquainted with the Good Friday service, and being both teenaged and very much disinclined toward Catholic religious observances in varying degrees, decided that we would spend the afternoon not in the shadows, but in the bright April sunshine.  We just didn’t have the somber thing going on that day.

That particular Good Friday was very good indeed, weather in the low seventies, bright sunshine without a cloud in the sky, and just a hint of  a light breeze.  Perfect weather in April in Ohio is almost unheard of. My oldest sister (who happened to be driving that day) wasn’t about to spend such a glorious day inside.  The only problem with not going to church was that her car- a bright orange ’71 VW- was readily visible.  We couldn’t hang around in town. 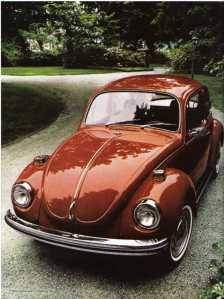 My sister was not as good a navigator of the back roads in Marion County as I came to be. I liked to sneak cigarettes out where I knew no one would see me, which meant I took a lot of excursions all over creation to sneak smokes.  Gasoline was about $1 a gallon so it wasn’t terribly expensive.  I miss the random drive for the hell of it, but I have to admit that back then it wasn’t as much about the scenery as the nicotine.

Even though she didn’t know all the funky hideaways I ended up finding, she did find one of my favorite places- the railroad trestle bridge.  It’s long since been torn down and scrapped for whatever the steel was worth, but in 1984, though the line was dead and the tracks torn up, the bridge was still lingering over the river, a monument to obsolescence, a shadow still standing from a long-ago sphere.

It’s hard to describe the serenity I found that day.  Even my sisters left me alone for awhile and didn’t threaten to knock me off the bridge where I would surely be sucked into the brackish water and unspeakable muck below.  I would never recommend swimming, wading or touching the water in that part of the Scioto River today (and certainly not back then) but sitting about 30 feet above the river on the trestle bridge listening to the soft breeze and the running water is hard to describe.  It was as if I was everywhere and nowhere at the same time (all points converge here) and I never wanted to leave.  All the things that weighed so heavily on my shoulders were gone (including the paranoia should our hooky-playing be discovered) and for if only a brief moment, I was free.

The world has moved on since then.  Places like that old trestle bridge, those happenstance cathedrals that occur in spite of the crushing hammer of entropy, and  in defiance of conscious efforts to unmake them, are harder and harder to find in a world where the new mantra is structure and order.  Even small children have every minute of their days scheduled and dedicated to a specific purpose.  I know all too well what it is to be locked into the whirlwind of busy- going everywhere and getting nowhere.

It’s hard for me to wrap my head around the grace of God.  As much as I should have been in that service of shadows, I was in reality sitting on a railroad bridge without a care in the world.  It’s not so much that dropping out and going to sit on the bridge and watch the world go around is a bad thing, it’s more that everything has a price.  It’s easy for us to say we want to walk with Jesus- until it’s shadow time.  History gives the apostle Peter a bad rap for denying Jesus three times, but isn’t that we humans in our weakness and fallenness do?

One of the beauties of the grace of God is that He knows our weakness.  He knows that our bodies are weak and our moral constitutions even weaker.  Although we are also called to carry the cross, like as not we end up playing hooky instead, spending our lives blissfully unaware and disconnected from the suffering our Savior bore in our place.

The good news is that even when we are faithless He is faithful.  He offers us His grace, purchased with His blood and suffering and tears.