It has been a difficult past week for me.  I am thankful I don’t live in Boston.  I’ve been struggling with anxiety and panic attacks again and I’m sure that if we had random bombings going on in Columbus on top of the events (which were not related and had nothing to do with the Marathon bombing)  that got me back in the scared rabbit mode, that would send me bat shit crazy over the edge.

Of course, when the shit hits the fan it comes at one from all directions.  I really don’t feel like getting into the particular details, because I’m just now starting to settle back down enough to stop hyperventilating and for the PVCs to let up some.   For those who aren’t acquainted with medical lingo, PVC stands for premature ventricular contractions.  It means the bottom half of your heart goes off before it should.  It’s a sort of catch in my heart rhythm that I usually don’t notice, and is likely a (supposedly harmless) side-effect of rheumatic fever, but it’s aggravated by stress.  This week has been nothing but continual stress on a stick.

When the PVCs get going bad, the runaway train feeling and constant catching and pounding keeps me awake and I’ve actually gone to the hospital for it once (won’t do that again)  because they were happening so often I’d freak out and couldn’t catch my breath.

One thing I will say about that last hospital trip is that I’ll die first before I call the squad from home again.  They kept me overnight- next to a poor old woman with dementia who screamed like a howler monkey all night- and did the whole cardiac workup.  This was back in July.

Supposedly the whole PVC thing is perfectly “innocuous,” but this assessment came from the same hospital where I was mistaken for a 95 year old woman with a flaming case of Montezuma’s revenge.  I know for being 44 I’ve been rode hard and put away wet, but I don’t think I look 95 just yet.  I don’t know if I should trust them or not.  Eventually I will end up needing a pacemaker or other correction for the abnormal rhythm, according to the cardiologist who ran all the tests, but not quite yet.

That’s not terribly reassuring.  The question is how do you know when the rhythm gets so out of whack that it’s time for the pacemaker?  Do you have to fall over or pass out or almost die?

“Yeah, Mildred, just take some Imodium and your screaming shits should be gone in no time.”

“But I’m not Mildred, and I don’t have the shits.”

Hopefully if and when the Big One hits, I will be in close proximity to any other hospital but that one. Unfortunately it’s only a five mile trip down I-270 to that particular hospital from my house.  The better hospitals are on the other side of town.

Either that or the Lord will take me quickly so I’ll not have to endure the indignity.

To add insult to injury, a guy I used to work with died on Wednesday.  He was an Army vet and a very cool individual.  Unfortunately he had been severely ill for several years before he died.  Even worse his wife had him in an open casket (I loathe the whole open casket thing to begin with) and he looked really bad.  The calling hours were last night.  Even though I had a horrible week and just wanted to go home and go to bed, I thought it best to go and to pay respects and offer condolences to his wife- she is a lovely person, and I really felt for her after going through so many years of his illness.

I did offer some words of condolence to his wife, but I had to beat feet quickly.  Nobody likes funeral homes, and it really sucks when it’s someone who was cool and died too young from nasty diseases (emphysema and heart disease.)   But after being stressed out and freaked all week I couldn’t handle being in a funeral home for more than a few minutes.  The PVCs kicked in with a vengeance and I couldn’t catch my breath.  That was my cue to get in the car and take off.

You might as well do something funny if you are going to do those horrible open casket displays. 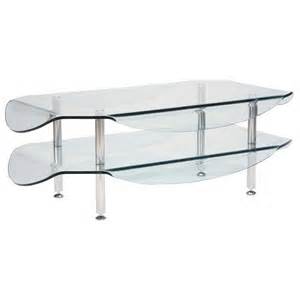 Steve-o will probably have me taxidermied and installed in a glass topped coffee table.  He is a sick puppy- but creative!

One thing I will say about untimely death is that it is an ever present reminder : tempus fugit- time flies.  Even when it seems to be standing still.

Slowly I’m calming back down, and I am trying to look around and be thankful for the moment, and remember that life is short.

One thought on “Things to be Thankful For, Tempus Fugit, Taxidermy and Coffee Tables”