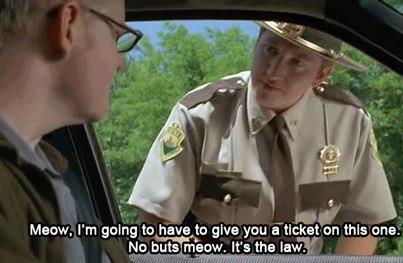 The Meow Game from Super Troopers

I have no idea where people get the idea that it’s in any way beneficial to get lippy with cops.  I know some cops like to play mind games with people to see how they’re going to respond, which positively terrifies and paralyzes me.

I have a difficult enough time under normal circumstances carrying on a conversation face to face without freaking people out.  I don’t get the nuances of eye contact (generally I avoid eye contact lest I be accused of staring,) and I also have real problems with sending the right body language.  Non-verbals for me are a learned skill from years of observation and interaction and do not come naturally.  I have to consciously think about and orchestrate all my non-verbal signals constantly when I deal with people face to face in order to communicate effectively.  For most people eye contact and physical gestures come naturally, almost subliminally, without thinking about it.  For me, if left to my own devices, I would simply observe others with a bit of a catatonic stare until or unless I have something to say.  Electronic communication is so much easier for me because I can simply concentrate on what I would like to convey rather than worry about whether or not I’m staring into space or standing at a weird angle.

I may not be responding, but I do hear you- with some reservations.  If I want to, and if I’m not focusing on whatever song’s stuck in my head, that is.

So my interactions with law enforcement (fortunately for me they have been precious few,) are usually limited to staring at the ground or off to the side and saying “yes, sir, Officer” at the appropriate times.  I’ve only gotten out of a speeding ticket once, and that was because I was working as a driver and the cop knew my boss.  Knock on Formica or whatever that plastic looking stuff is, but the last time I got busted for any kind of traffic violation I was nine months pregnant (my son was born on the same day they would have wanted me to appear in court) and was pulled over for running a yellow light.  Of course the cop could obviously tell I was preggers- I looked like a battleship- but all I could do was keep from giving him the stink-eye, sign the damned ticket and keep on going.  I don’t do tears on demand. Even when crying is the correct response, I usually can’t.  I break down after the crisis has passed, and sometimes it takes years for the tears to find their way out.

This strategy- even if I would dare to try it- is not open to me.

I don’t think that crying is the correct response when you get busted anyway, but it works for some women.

I just didn’t have the physical energy or the emotional strength to explain to this primadouche just-out-of-the-academy-looking-for-someone-to-bust cop that going through a yellow light is legal.   The cop didn’t need to know I wasn’t supposed to be driving at all, (I had pre-eclampsia, had been in and out of the hospital for sky-high blood pressure, and was supposed to be on strict bed rest) but I had to go out because my POS ex was too lazy to go to the grocery store, or to help unload the car, or really do much of anything else besides suck up valuable oxygen and whine (yeah, I sure know how to pick ’em, but Jerry is a nominal upgrade to some degree- at least Jerry showers regularly and he hasn’t morphed into Jabba the Hut.)   I sent the bastards their check for $125- because knowing the good-ol-boy system in the town I’m from, you might as well just pay it, because who is the judge getting paid to believe? (This was before the days of surveillance cameras everywhere, so I had no way of documenting for posterity that the light was yellow and all that.) It would have been my luck- even had I not been in the hospital that day- that the cop would actually have shown up in court and I’d had to pay the ticket and court costs too.  Sometimes local government sucks just as much as government in higher places. 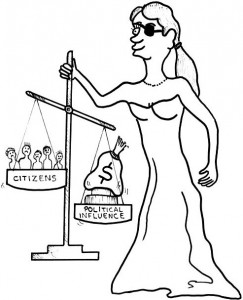 I can go on with this subject too, but suffice to say I don’t have the gold, so I don’t make the rules.  Too bad.

I am a really paranoid driver, partially because of that incident.  I’d like to drive like I did when I was a young punk out on the back roads, where your worst fear would be running off the road into a drainage ditch, where your nominally decomposed corpse might be found in a few weeks, but those days are over.  The cops have GPS and helicopters now.  Besides, a Yaris isn’t exactly a rally car.

Unless you’re in Thailand.

That is whacked, but I guess with enough suspension mods and such, you could make  a Yaris into a rally car.  But mine is more geared for basic transportation, and as a forum for my mobile political commentary.  Since I have to drive, and I’m pretty slow, some people just might get an education just from reading the back of my car.

German does sound scary, but remember, English is a derivative of German.

I enjoy language and its nuances, probably more so than most because I don’t do well with the non-verbal and emotional sides of communication.  Interacting with dogs has helped me immensely because in order to communicate with them I have to cue in on their non-verbals, which are easier to read because theirs are far more exaggerated than humans’.  I learn a lot from them.  Subtlety is not their nature. 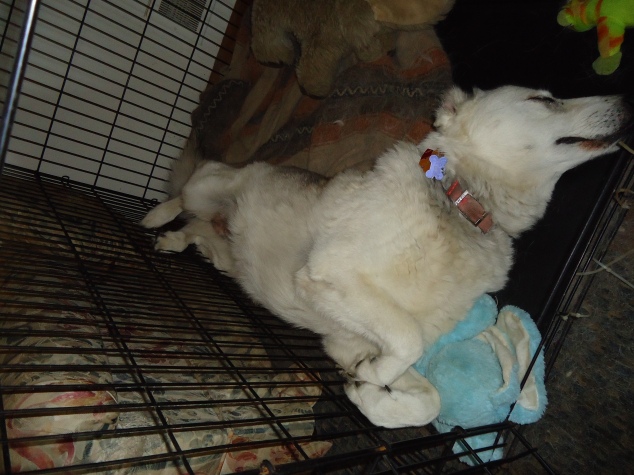 Sheena is as subtle as a freight train.

This morning I was thinking about all the personalities in history who were true believers- in all the wrong things.  I can’t help but to observe that it really doesn’t matter if your heart is in the right place, if your head is up your ass.   A good example of this phenomenon are the crazy people who think that if they die in the process of killing “infidels” that they go to heaven and collect 70 virgins.  Faith is not something that comes easy to me, but I would find it hard to believe that God intends for people to completely check their brains at the door.  Why would God have actually bothered to give us brains if He didn’t intend for us to use them?  And then there’s Dennis Kucinich, for whom logic cannot offer a suitable explanation.  There’s plenty of shithouse-rat-crazy people out there who will believe any sort of clap trap if the right talking head is blathering away (Obama supporters who still don’t get that he’s anti-American, the Heaven’s Gate followers, white supremacists, and so on.)

I wonder if the Visitors have picked him up yet.

I think I get it why so many analytical/rational types are secular humanists.  They get the logic that good is better than evil, but they can’t prove or disprove the existence of a Creator or Higher Power.  The only problem with secular humanism is that it degrades into utilitarianism very quickly.  There is no room in a utilitarian economy for the aesthetic- for beauty, or art, or emotion.  Even though I’m a rational type, even I need something beyond the get up, go to work, go to bed routine that most of us are beholden to.  To deny there is a sphere beyond our understanding is to indulge in the ultimate human hubris- to claim we are the be-all, end-all of the universe- when our best secular explanation for creation involves an ex nihilo big bang from the depths of nowhere.  I’m not a creationist in the 6 days, Adam and Eve made from real mud, wandering naked in the Garden with all the wild animals sense.  It would have been cool, but I don’t think creation happened that way. I don’t take the Garden account of Genesis as being literal (I do believe it to be a beautiful allegory) but I think it does tell us much about the Whom involved, if not so much the How or the Why.

Naked with all the little critters of nature.  Just imagine all the mosquitoes and fleas in places where insects are totally unauthorized.

I would rather acknowledge and embrace the mystery.  I would rather take Pascal’s Wager and assume that God IS, than to have to live in a world having decided that He is not.  While I cannot prove His existence, I cannot disprove it either, and I’d rather err on the side of embracing the mystery.

Belief in and of itself is neutral, but I think that God gave us brains to inform our beliefs, so that we are neither beholden to blind emotionalism or locked into pragmatic utilitarianism.

I do find it a bit ironic that the same people who will defy thousands of years of moral teaching vehemently despise those who still think there is value in that moral teaching, and are enraged when traditionalists speak out. 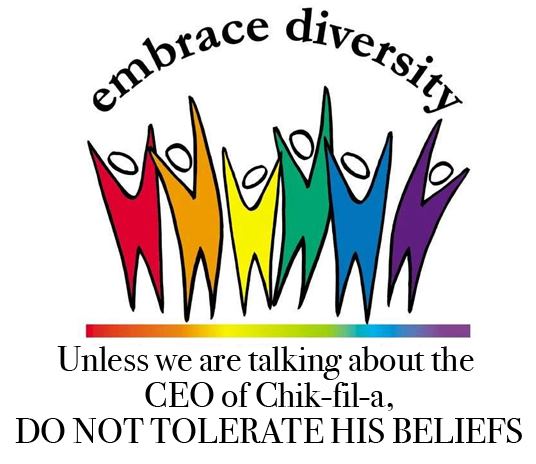 I’m OK with admitting there are black and whites, and I will gladly share my take on morality should anyone ask.  I know people disagree with me, and vehemently on some issues.  That is their prerogative.  There are some people who don’t believe morality is relevant any more and nothing I say- or that I can back up with scientific fact- is going to change their opinions.  If you want to have a relationship with a Ford Escort, or dress like a furry, or pretty much whatever, as long as you aren’t killing people, you’re not charging me for it, and you leave me alone, knock yourself out.  Just don’t expect me to announce to the world how wonderful your life choices are.

3 thoughts on “The Meow Game, Communicating With Others, and True Believers”