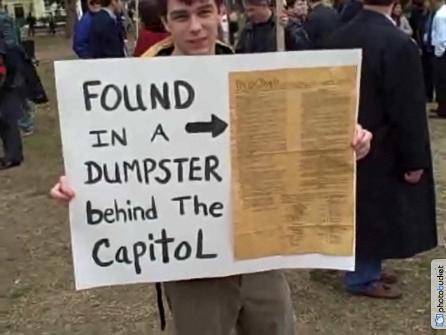 I do not like him, Sam I Am.  I’d rather vote for green eggs and ham.

Alright, here lately my emotional (yes I do have some) and thought lives have been a bit of turmoil lately.  Yesterday, I discovered, to my disbelief and disappointment that not only is Obama going to be sliming around in Ohio yet again, he’s also showing up at Capital University.  For those not familiar with the Columbus area, Capital is a Lutheran university (that gets some of its funding from the Lutheran church) and also the home of Trinity Lutheran Seminary.

Capital is known for its prestigious law school and its high academic standards, so it would stand to reason that they would want the opportunity to host a sitting president (though it’s a shame that the president they’re hosting is the Worst Ever.)  But when I got wind of who was promoting the event- Obama for America (what an oxymoron there, but I digress) I was truly disturbed.  This is not going to be a chance for Christians to ask Obama the hard questions regarding defending life, the economy, foreign policy and national defense.  It’s going to be another KoolAid swilling Obama-love fest- otherwise he would never have agreed to show up.  Now I know how the people at Notre Dame must have felt when Obama invaded their campus.  But no matter how much I loathe his policies and how deeply I believe he is evil and wrong, after much soul searching, prayer and thinking it through, it’s probably good that he is speaking there even though he will be spouting off the same rhetoric and lies as always, and the “other side” will not be represented.

Romney visited the Capital campus back in February and spoke (though he didn’t call it a “rally” necessarily, he didn’t travel to what most people consider to be Cow Town for leisure.)  So at least I know that both “sides” are getting an opportunity to speak, which tempered my response quite a bit.  After all, law is all about debate, and even if one “side” is fatally flawed they do deserve to be heard.  What grieves my heart (and yes, I do actually sort of have one) is that political rhetoric from either “side” requires people to engage critical thought.  A critical thinker is very likely to see the techniques Obama uses to deceive people and to call him out.  I know I’m tired of the blame game and the race baiting and class warfare that Obama relies upon, because I see it for what it is.  He has no vision other than failed socialism, and nothing to offer except the promise of being Santa Claus to the entitlement crowd.  My fear is that there are still too many people who have not engaged critical thought and who still believe the lies even though the evidence is clear that Obama’s policies are failed.

Why not try thanking God that Americans were never really into the guillotine?

Yet, as we’ve seen with Obama’s court jester, Joe Biden, he’s becoming his own worst enemy.  Biden is simply a dull buffoon whose singular talent is making an ass of himself, which is funny.  At least Biden provides some comic relief.  Obama is humorless even when he screws up, but the more frustrated he gets and the more threatened he feels, the more he says stupid things- stupid things that he knows better than to say, but that he actually believes, such as the “you didn’t build that” epithet directed at small business.  The more pandering, strident and vicious Obama gets, the more his true colors shine forth.  This venomous snake is going to grow some longer fangs.  Obama will get nasty, and he will go ad hominem even more than he already has.  Maybe for the first time some people will wake up- but not until Obama offends their emotions.  Some people are going to need to move beyond the myriad logical arguments against Obama, because some people don’t rely on logic before emotion.  The emotionally oriented people out there might just need to see his frustration and experience that red fire of hate for this country and what it stands for as it shines in his eyes.  It will come to that point as “Emperor” Barry sinks lower and lower in the polls and more and more people aren’t afraid to stand on the roof top and scream, “The ‘Emperor’ is NAKED!”

Obama’s going to self-implode.  And he’s going to do it to himself.  As much as I detest him sliming around Ohio, especially at a Lutheran seminary, the more he opens his mouth, the more he’s going to incriminate himself and alienate the electorate.

Let him keep on spewing his tired rhetoric and hot air.  He’s standing in his little boat, shooting holes in the bottom, and wondering why it’s sinking. 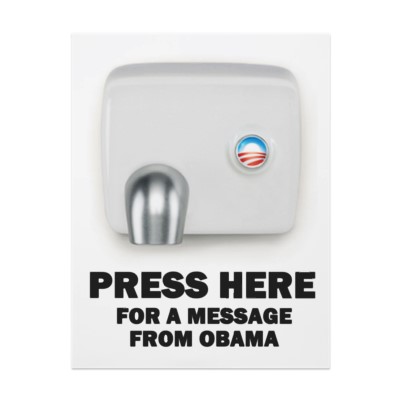 On a lighter note, I think Obama might want to consider a new frontier:

(It’s OK if you want to leave early, as long as you take Joe and Hillary with you.)

I am more fascinated with postmortem photography and other creepy stuff from the Victorian era than I should be.  I’m not the only one though, because there are positively tons of this stuff all over the internet.  Actual prints (rather than the .jpg scans that I troll for) of people who died 150 years ago go for big money, even if you have no clue who the dead people are.  Most of the people in my family were too poor to even afford taking pictures of dead people, so I don’t have too many pictures taken before 1960 or so of my actual relatives available to me.  Dad has a box of Grandma’s old pics, but he’s not had time to go through them to identify the ones he can so I can scan them.  Most of those pics are from the 50’s and 60’s.

Probably the worst things about the Victorian era were the daily presence of death, and the really nasty ways people died.  Today most people don’t die from a case of Montezuma’s Revenge, but in those times crapping yourself to death was a very common way to die.  Cholera, typhoid and typhus were all common mechanisms of death brought on by ignorance of hygiene and squalid living conditions.  Infant mortality was sky-high because if a child developed any type of dysentery it usually led to death, as well as scarlet fever, rheumatic fever and measles were common, and deadly.  Antibiotics were not discovered until the 1940’s.

If a person were injured in an industrial or farm accident their chances of dying were pretty good as well.  The only treatment for a mangled limb was amputation- if the shock of the amputation wasn’t enough to kill you, the infection that set in your stump usually did.  Sepsis and communicable disease killed more soldiers in the Civil War than were killed in combat. 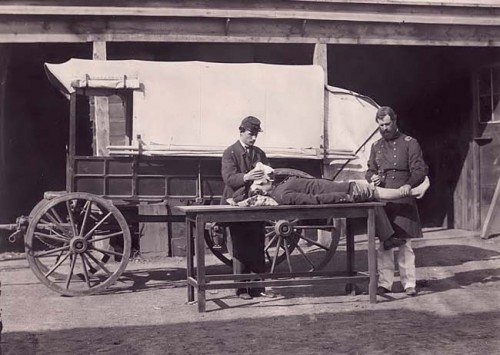 It’s all going to be OK…well maybe not so much…grab that rusty saw, Dave!

I would wonder how many people got tetanus from having a limb chopped off with a rusty saw.  People died from tetanus back then, as well as from rabies, tuberculosis, syphilis, you name it.  And worst of all, they only bathed three or four times a year.

2 thoughts on “A Moral Quandary, Humor in Unlikely Places, and Victorian Ways to Die”