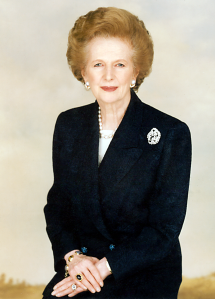 Anyone who knows me or remotely follows anything I write should be very clear on a few things by now.  I can be an exquisitely cynical person, to put it lightly.  My political views can best be summarized as “slightly to the right of Reagan.” This disclaimer being duly provided, here’s why I believe common sense is not just a rarity in this country, it’s dead and buried.

When I turn on the TV I pretty much avoid the news, even FOX.  I’ve found that I can skip the incessant Obama-worship and the vapid ravings on which celebrity has fallen off the wagon or who’s screwing who, or who’s gone back to rehab this week, by watching BBC America on the rare occasion I decide to depress myself by watching TV news.  It’s a shame as an American if I want reasonably unbiased, actual news on TV, I have to turn to the Brits.

The reason for my utter disgust with the media is that I could care less about fashion, cooking, this-or-that so-called economist going on about his/her speculation on how the economy is either a.) in the toilet, or b.) the best it’s been in the past thirty years (usually both perspectives are provided within the span of a week) or what nonsense (golf, vacations, private rap concerts, donations to Hamas, etc.) Obama’s squandering the American taxpayers’ money on today.

There are a few tidbits of recent news that especially dismay me, even though I could have predicted the reactions to the events.

Obama, your ideology is nothing new.

I know Obama is as ideologically opposite to Margaret Thatcher as, let’s say, Chairman Mao would be to Newt Gingrich.  However, Great Britain is probably our greatest ally, and Obama has been downright rude to them at every opportunity.  I’m not surprised B.O.’s skipping Madame Thatcher’s funeral, and I’m glad he didn’t go.  What appalls me is that we have someone occupying the White House who is loathsome enough to insult the memory of one of the greatest British Prime Ministers, and that he seems to want to insult the Brits.

I know Obama is squatting in the White House illegally (gotta love Eric Holder and his defense of voter fraud,) but that begs even more questions such as: Why won’t the state auditors and secretaries-of-state ADMIT to, INVESTIGATE and PROSECUTE the fraud?  As in where are you, Dave Yost and Mike DeWine?- because Ohio was probably the most fraud-ridden state in the entire election of 2012.  We have an illegitimate squatter sitting in the White House, and apparently nobody who matters gives a damn. 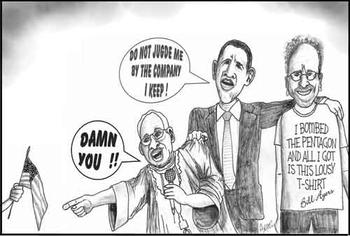 The illustrious “Reverend” Wright gives a damn, but I don’t think that wishing God to “damn America” is an appropriate sentiment.

I am also incredulous that anyone with any brain cells would doubt that the Boston Marathon bombing was anything BUT an act of terrorism.  Unfortunately, to imply that, or to even speculate on the possibility, might possibly implicate Obama’s friends, aka: Hamas, or the “peace-loving” Muslim Brotherhood.   You know, the same people who burn American flags and have their nice little protests where they wish “death to America.” We wouldn’t want to be politically incorrect and possibly start profiling people.  Unless they’re white rednecks who belong to the NRA, that is.  Hopefully someone will explain to Joe Biden that even should you manage to override the Second Amendment and take everyone’s guns away, people who want to kill other people will always find a way.  Such as homemade bombs.

Political correctness is nothing new.  George Orwell predicted the failings of forced collectivism years ago.  Some pigs are more equal than others, indeed. 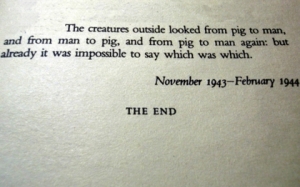