I embark on “vacations” with a sense of trepidation.  Last year I was supposed to have two entire days of peace and quiet at the campground with just Clara as company.   Instead I got five days of Jerry barking orders at me- and to make it even more miserable, I had a wicked sinus infection throughout the whole “vacation” which lingered on for about 10 days after.

It was not fun.

How do I explain to him that part of the point of taking a “vacation” is not having to run and fetch for him?  When I think of a vacation I’m thinking of margaritas and pool boys and beaches and sleeping and reading.

A vacation for him is never a “vacation” for me.   It is more reminiscent of boot camp. 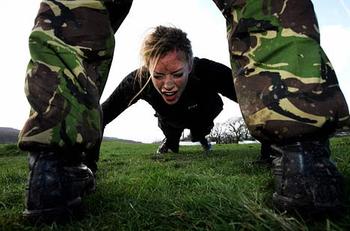 Every time Jerry has ever imposed himself on one of my “vacations,” I’ve been happy as hell to get back to work.

I still want a couple of days’ peace and quiet with nothing but canine company.  It probably won’t happen.  I will be stuck running after beer (which I don’t drink) and lottery tickets (that I don’t play.)  I’ll likely be recruited to perform home improvement projects and maintenance for him that I am not very good at doing.  Then I will get nine kinds of shit about how bad I suck at hanging blinds or cleaning gutters.

The nearest establishment to the campground that sells beer and lottery is about six miles away.  Then *while I’m out- ha-ha* I will get demands to procure obscure items at hardware stores (even further out), to fix food and to run divers errands, until my head spins.   He will want me to take the dogs out at midnight, just because. There will be no quiet.  There will be no resting.  He will make a concerted effort to drive me completely apeshit.

I’ve taken vacations with my parents and/or Steve-o which do afford more relaxation time, but Mom and Dad can prove grating as well.  Mom’s insanely pokey and doesn’t get motivated easily.  Dad is constantly wanting to stop and go munch somewhere, which means it’s pretty much impossible to adhere to any kind of schedule.

Perhaps it is just my wiring that makes the fun vacation (for me) the solo vacation, where I can operate on my own itinerary and do what I want when (and if) I feel like doing it.

33 states honor my Ohio CCW, which is a comforting thought, as I don’t generally travel unarmed.  Most of the places where I would routinely travel are quite fine with concealed carry. The bad thing is I really, really want to see the Mütter Museum in Philadelphia.  But my CCW is not valid in Pennsylvania, which really sucks.  I have to ponder this one.  Is it worth it to travel unarmed and run the risk of being carjacked, robbed, raped and/or pillaged?  I will have to find out if open carry is legal there, but it’s probably not.  Once the gun control weenies ban concealed carry, they usually aren’t cool about open carry either.

It’s about 500 miles one way, which is a day trip to get there, overnight in a motel, all day at the museum, then another night at the motel and the trip back.  It looks like this trip is three days- if I drive and take it leisurely. 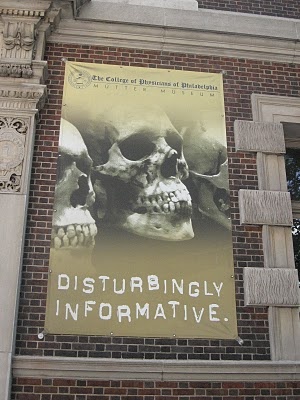 I’ll have to find out if it’s in a safer part of town.  I won’t go alone if I can’t carry and it’s in da hood.  Having a good time at a strange destination is all about the research.  I’ve traveled alone many times with little more than some scribbled directions and a general sense of where I need to go.  I remember going to one series of meetings (two days) with about 15 minutes notice and I ended up having to buy toiletries and a change of clothes at a freaking Odd Lots store. It was sort of fun but also quite harrowing to try to get by with a weird sized curling iron, soaps and makeup I’d never heard of, and clothing that was less than flattering.

I’d rather research the area, know where I’m going, and have my reservations ahead of time.

One thing I have planned for my brief upcoming hiatus is a train ride- the Hocking Valley Railroad offers a short day trip through southeast Ohio on a passenger train.  I’m planning to go next Thursday and I hope the weather cooperates.  Better yet, I hope Jerry shuts up long enough for me to actually enjoy the scenery.

2 thoughts on “Getting Away- Let’s Try This Again, and Why Not Take the Train?”