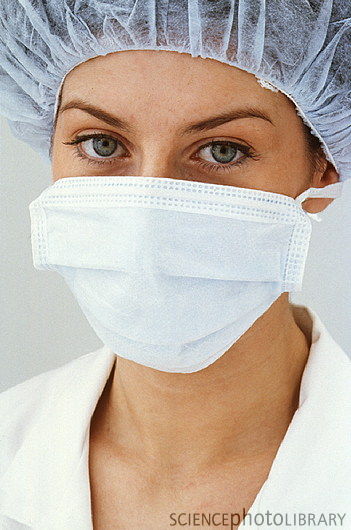 I just bought a germ mask, and I will wear it when I am surrounded by sickies.  I have no problem with that.

I really don’t want to be some kind of paranoid germophobe.  I try not to be, unless I am surrounded by people sneezing, hacking and hawking up lung pieces.  Then I get nervous.  I do try to take reasonable care of myself.  I wash and sanitize my hands often.  I refrain from eating or drinking after others.   But when someone comes into my proximity with any kind of respiratory funk (especially the rude mo-fos who don’t cover their sneeze, or who cough and snot into their hands and then finger my stuff) I get a bit more assertive regarding contagion control. 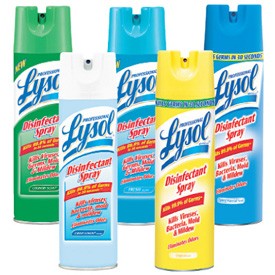 I love disinfectant.  Especially when the loogie hawkers are out there.

When someone starts coughing, hacking, and hawking up contagion all over the place, and especially when they just spread it around everywhere without mind to hygiene, like little kids do, I spray the perimeter of my workspace with Lysol and wipe down pretty much everything I touch with the Lysol wipes.  I hate being like that, but dammit, I don’t need that shit.  I don’t expect people to stay home with head colds and minor respiratory funk, but I do expect them to observe the basic hygiene rules.  Cover your cough or sneeze.  Wash and sanitize your hands, and keep your mitts off of my stuff, especially when you’ve just hawked a loogie into a Kleenex, fingered all over that, and then neglected to wash or sanitize your hands.  I do not need to experience your booger slime.  And the further away you stay from the immunologically weak (like me) the better for us all. 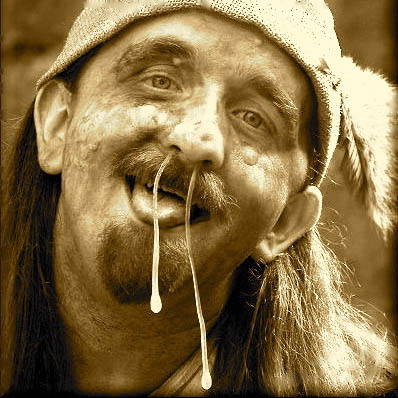 Keep your snot to yourself.  Or I will Lysol your ass.

When I get a basic head cold it almost always turns into a sinus infection, bronchitis or pneumonia (or all of the above,) and a good case of the strep throat could actually kill me, should it morph into rheumatic fever (again.)  I hate being sick with a passion.  It makes sense for me to be a wee bit paranoid, and a wee bit generous with the Lysol.  I do the same for others.  Should I have the respiratory funk myself, I have no problem taking steps to sanitize and refrain from spreading contagion to others.  I don’t want to intentionally (or neglectfully) spread disease to others.

I have had the opportunity to add some interesting tunes to my playlist- I got a Jethro Tull CD for a quarter at a garage sale, and added “Bungle in the Jungle, ” “Too Old to Rock and Roll, Too Young to Die,” and “Sweet Dream” to my MP3 collection.  I also added Kansas’ “Hold On” and REO Speedwagon’s “Back On the Road Again.”  I never really got into Jethro Tull back in the day but I’m really enjoying it now.

If I keep this up I’ll either have to get a new MP3 player or upgrade to a bigger memory card. 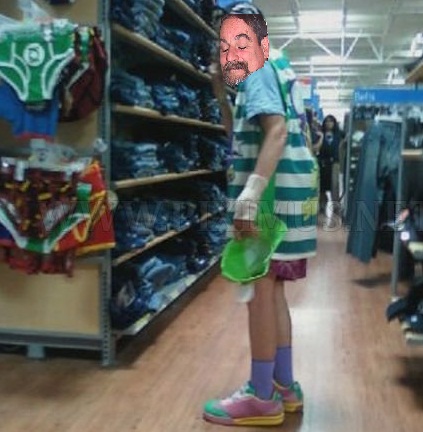 Jerry should never, ever let me dress him.

I don’t know what it is straight men have against bright colors and bold patterns.  I know Steve-o is not very good at the whole “matching” concept- as a child he would come up with the most outrageous ensembles, and I couldn’t in good conscience let him go out in public wearing let’s say- a green t-shirt with orange sweat pants and one purple and one black sock- with sandals.  It was probably good for his self-esteem (yeah, wasn’t everything…mustn’t do anything to damage the offspring’s self-esteem) that I would convince him to change clothes, or at least wear two socks of the same color, or at the very least, take the socks off if sandals were the footwear du jour.  I can’t stand to see people wear socks with sandals.  What’s the point?  Sandals are meant to let your feet air out.  If you have funky looking feet wear socks- and shoes.   The good thing was, if Steve-o did manage to leave the house looking like flypaper for freaks, the peer response generally would prevent the same fashion faux pas from happening again. 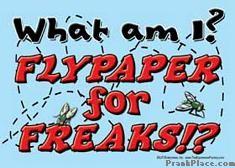 If you dress like them, they will come.  Hawking loogies and bearing snotty secretions.

Now that Steve-o is an adult straight male, his ensembles generally consist of: loose-fitting man-jeans, white socks, skater shoes, assorted white, black, grey and blue t-shirts, often with catty sayings.  In winter one might add a black Monster hoodie to the mix.  There are no matching skills necessary with his wardrobe.  He wears uniforms to work, which solves the “what to wear to work today” question.  That is probably a blessing, considering some of his own personal attire. 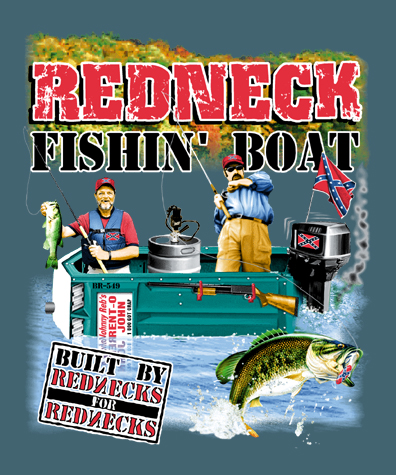 Jerry’s wardrobe is remarkably similar to Steve-o’s- except that Jerry likes the button-up oxford type shirts in addition to t-shirts.  He likes the same boring colors though- white, blue, black, gray and occasionally brown.  No patterns, and unlike Steve-o, no catty sayings.  Jerry does like a front shirt pocket for smokes though.  I find shirt pockets to be vestigial and at best, decorative, as far as my own purposes.  It’s awkward for an ample-chested woman to use shirt pockets.  Grabbing to get something in your pocket makes onlookers think you’re grabbing your bazongas, which is just about as socially taboo as a woman having a nice long scratch on her nether region.  Besides, if I really want to keep tabs on something, I’ll shove it in my bra.

It’s probably for the best that men don’t generally go for the complicated or outlandish when it comes to attire.  Imagine this: 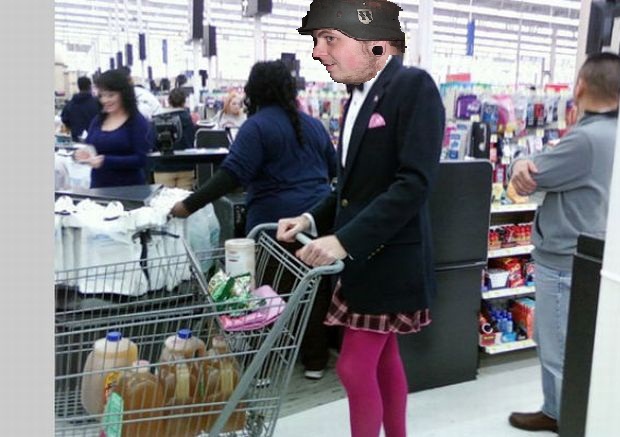 A world of guys dressing like this would be interesting, but rather scary as hell.