The world obviously didn’t end on Friday, December 21, just like it didn’t end on May 11, 2011 or in 2000, or 1988 or 1986 or any of those other dates set by people who desperately look for meaning in the writing of the ancients and/or the scattered patterns of the skies.

It would be easier that way, maybe, but I don’t really want my life any more scheduled than it has to be.  Routine is one thing, but scheduling all activities down to the minute is bullshit.  I can imagine that might be part of the reason why today’s kids are so apeshit.  I mean, most of them have to get up way early to go to the sitter before school, then spend all day at school with every second micromanaged, only to stay after school to play sport “A” and/or do activity “B” which is also micromanaged, and then come home to a late dinner and chores, fall asleep, and repeat the same noise the next day.

This would drive me apeshit as an adult, let alone as a freaking four year old!  I really can’t schedule my whiz times.

There’s not much room for any quiet contemplation in that kind of rat race.  I don’t respond to micromanagement well, and I don’t generally function well as a part of a group.   What if I want to stare at the wall when everyone else is dancing about the room? I would be royally screwed if I would have to adhere to a day care schedule, let along to be a middle school or high school kid today.  Granted, very few if any people share my need for copious quantities of solitude, but I’m sure that after awhile the lack of spontaneity and absence of breathing room would- given time- have to disturb even the most extroverted neurotypical.

It’s not that I’m so averse to having a schedule- as long as it’s mine and not one imposed upon me.  It’s one thing if I set aside time for an activity that I’m interested in doing, and quite another if it’s something someone else schedules for me that I’d rather not be doing.  There are also some things- like bodily functions- that just really don’t occur on a regular schedule, at least not for me.  I take a lot of blood pressure meds, I like my coffee, and I don’t have much bladder capacity.  I have to stay within reasonable proximity to a toilet.

All dressed up, (and this looks itchy to boot) with nowhere to go.

As far as the End of the World, I say let that be a surprise.  There are some things I don’t think I really want to know about in advance.

Central Ohio is positioned in a sort of strange place in relation to weather fronts.  It’s far enough south of the lake that we don’t get the “lake effect snow” that Cleveland and other cities too far north for human habitation experience.  Columbus proper- or at least within the confines of I-270- sits in a bit of a valley.  It rains a lot and it floods easily, but we get far less snow than the hinterlands up north.  There’s a huge difference in snowfall just in going 15-20 miles further north.  Most of the really wicked weather fronts end up either staying north or sort of blowing around us.  So when forecasters say the White Death is coming to Central Ohio, I believe it when I see it.  Far too often we’re supposed to get some huge-ass storm, the mere mention of which sets everyone off raiding the grocery stores on their quests for Velveeta cheese and Marlboros, and instead of White Death of the Apocalypse we get either a shitload of rain (that’s the default for Central Ohio anyway) or a piddly dusting of snow that doesn’t even warrant me putting on boots. 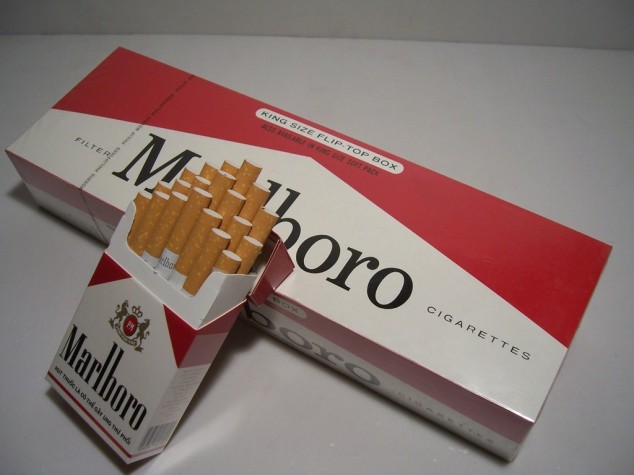 Redneck priorities- screw the milk and bread- we need smokes, and Velveeta cheese is good all by itself!

Yesterday we actually had a substantial snow- about 4″ or so within I-270.  Despite the arrival of the White Death, I was quite able to get to work and get home in my nice little Hello Kitty Yaris.  I think the traction control light came on once.

Maybe I’m jaded because the snow situation is very different where I come from, even though it’s only about 50 miles away.  I remember one surprise storm up in the hinterlands all too well.  My sister and I ended up pulling cars out of ditches with her ’68 VW Bug and a tow rope.    She had snow tires on the back of it which came in handy.  I also remember off-roading in snow-covered cornfields with VW Rabbits.  They’re geared low and are fairly high off the ground, so they would go through a lot more than one would think by their size. 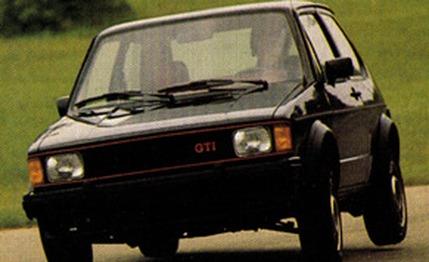 1983- when Reagan was president, the air was dirty but sex was clean, and Steve Perry wore Spandex.  Damn, I should not have sold my ’83 GTI.