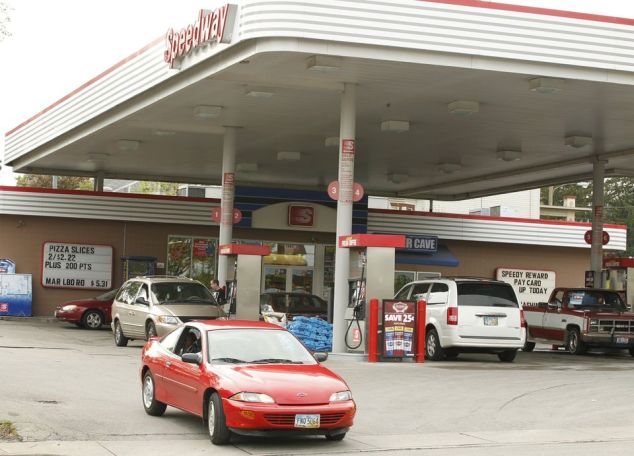 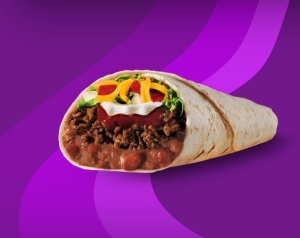 Get your gasoline, beer and Marlboros here, but NOT your burritos.

Perhaps it is too obvious to be a cautionary tale, but it wasn’t a good decision to eat the $2 spicy beef and bean burrito from Speedway.  I paid for that all of Saturday night and a good part of Sunday.  Who needs those expensive colon cleanse kits, or even White Castles for that matter?

I don’t eat prepackaged food very often.  Most of the time if I want burritos I make them at home with refried beans, whole wheat tortillas, ground spicy turkey, sour cream, cheddar cheese, onions, salsa, etc.  I know what’s in them that way.

Tonight will probably be a salad night.  It’s hot.  Either that or Spam sandwiches.  Nothing wrong with Spam, at least not the meat product.  Grill it with a slice of American cheese, some onion and tomato on wheat bread with mustard and it’s not half bad. 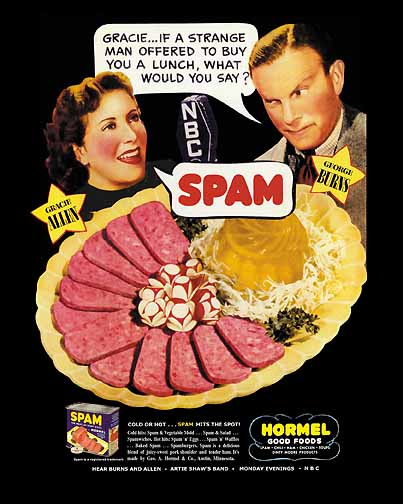 Grandpa used to love this stuff.  And chicken necks.   He lived to be 91, so it couldn’t have been that bad.

I can think of a lot of different things that probably would offend my colon less than that burrito.  Like Dran-o.

A little bit of melancholy and pensiveness is good for the soul. 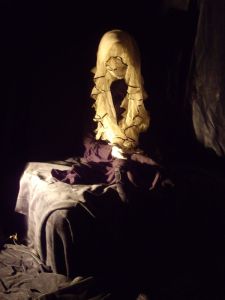 I have to watch spending too much time there, though, because for me melancholy can become full blown depression very quickly and easily.    I have a twisted sense of humor for a reason, and most of the time that reason is because if I don’t laugh about the idiocy and injustice and pain and fear in this world I would have to cry.  If I really start in crying, I’m afraid I won’t be able to stop. 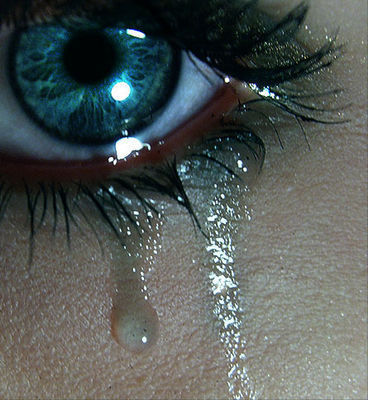 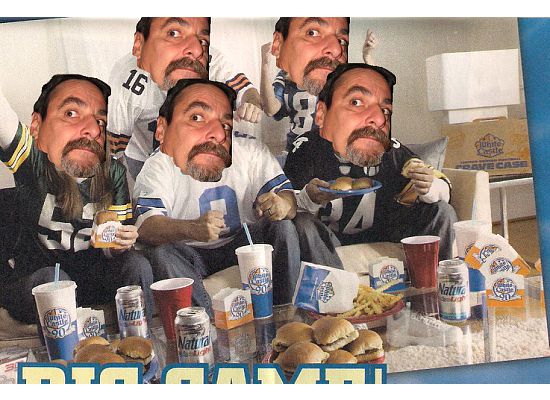 I am not a sports fan.  I can appreciate the aesthetics of men’s swimming and men’s figure skating, (even though those sports are generally not popular with straight men) but as far as organized sport in general goes, I would have to side with my Dad.  Sports are only fun if they have the word “motor” in front of them, and I’m not talking about NASCAR.  Three hours or more of a continuous left turn is only fun to watch when they wreck.  I can imagine that it would be more fun to watch the redneck freak show in the stands than to watch the actual race.  I don’t think I could bear to hear that much country music or see that many visions of inbred, badly dressed,  poorly tattooed, dentally challenged, over-fed humanity.   The denizens of Wal Mart take a field trip!  I think I’ll pass. 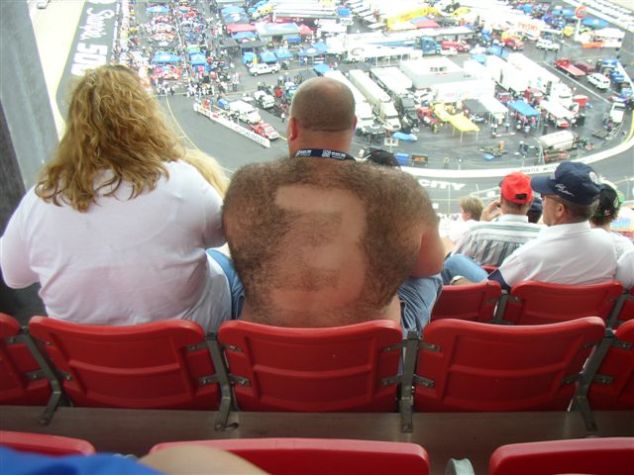 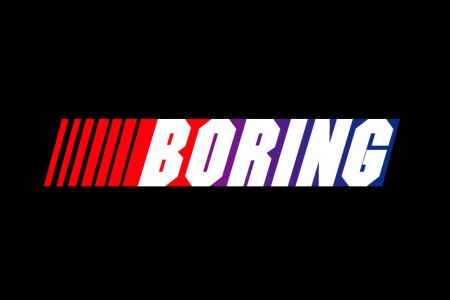 When I refer to worthwhile motorsports, I am talking about ones to participate in- such as off-roading, rally racing, drag racing, or boating. 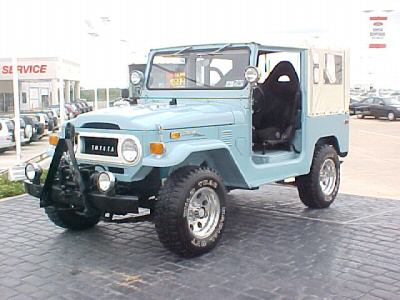 For instance, I would get into off-roading big time if I had an FJ40 like the one pictured above.  Old Landcruisers are awesome.  I always liked the Landcruiser guys when I worked in Toyota dealerships.  Landcruiser guys are generally easy to work with, willing to pay whatever it takes to get all the goodies for their trucks, and technically knowledgable.  The bad thing is, Landcruisers- at least the old FJ40 series-are virtually indestructible, but they’re difficult (and expensive) to acquire and maintain in Central Ohio.  I would have to have plenty of money and time to get into off-roading in an FJ40.

But because I’m a poor old cougar, I have to entertain myself on a budget.

I don’t care much for football.  I just don’t have the attention span, and they wear way too many clothes.  I think I’ve figured out how guys do it though.  I’ve never seen a guy watch a football game without sucking down lots and lots of brews.  Apparently beer makes it more exciting.  Since I’ve never been a beer drinker, watching football just doesn’t work for me.  I like wine, (without the “h”) but who goes to watch football over a vintage cabernet- or as is more likely in my case- a bottle of Gallo or Sutterhome?  MD 20/20, maybe, but that’s not technically wine.  And I generally only need a small glass of Gallo or Sutterhome to go to sleep quite nicely. 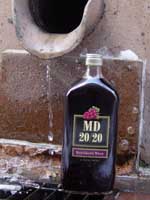 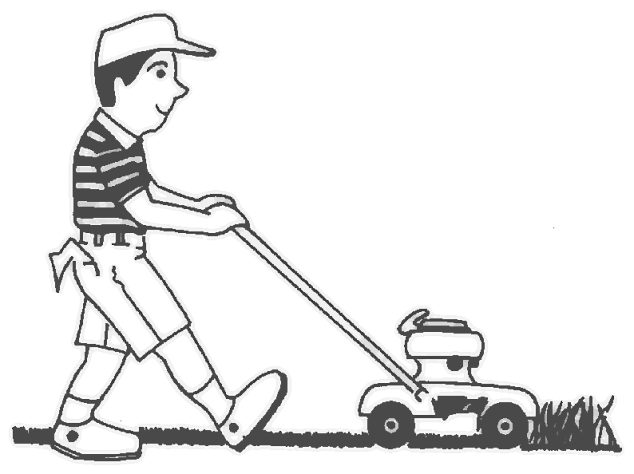 Ok, so I will remove the kid gloves and vent like I mean it.  And I do.

Last night I had to take the HK Yaris over to the local Toyota dealer for a minor warranty issue.  The right headlight was getting some condensation between the layers of plastic in the lens and housing- a common concern here in Central Ohio Swampland, especially evident during Monsoon season.  I saw more than enough of these when I worked in dealerships, so when I saw the condensation building up in that lamp I figured I’d best address it right away, since it is a warranty issue.  It’s hard for any vehicle manufacturer to construct a lamp assembly of any type that can remain water-tight in a place that gets the rainfall we do here.  It wasn’t a major deal, but that’s one of the reasons why cars have warranties.  While their techie is milking the gravy train (.7 of an hour to R&R a headlight assembly isn’t bad, when an experienced tech can do it in 5-10 minutes, or about .2 hours) changing out my headlight, I sat and chilled out and played a few solitaire games on the DS.

Hanging out in the waiting room (or “customer lounge” as they call it) was tolerable except for the TV was on the same lame-ass news loop the whole time I was there, and there was some foreign dude who looked like he was from a terrorist harboring country yapping on his cell phone in some unintelligible gibberish.  I’m sure it was a real language, but I have no clue what it was.  German, French or Spanish, I know enough to get slapped- and can understand a word or phrase here and there.  This was some language I had no clue what it was but it reminded me of the noises cats make when they mate.  It might make sense to cats, who knows?

How do I know if he was giving his terrorist buddies the latitude and longitude of the Toyota dealer so they could bomb the place?  Or, he could have been doing what Steve-o does when he converses with his German-speaking friends- mocking those around him.  I can picture that pretty easily.

“Dude, there is this old cougar, who looks sort of like a weird, ill-proportioned troll, sitting over here playing solitaire on a DS.  Man, this is lame!”

I continue to play solitaire and say to myself this guy is harmless and he’s just mocking me to his buddy over in where ever it is that they speak the cat mating language.  So I get my headlight changed out, free of terrorist incidents, to my relief, and I go home.

I knew I was in for an evening from hell when I came home and the dogs were in their crates.  That could only mean one thing- Jerry’s at the hell hole…after swearing up and down he wouldn’t renew his membership there, but of course, he did.  Nice. Not unexpected, though.  I was born at night, but not last night.  I knew he was lying out his ass when he said he was not going to renew.

Not more than three minutes after I get in the door, Tipsy McNumbnuts staggers in.  He insists that he has to mow the grass tonight.  At the same time he is insisting that he is going to need a new lawn mower because the old one probably won’t start.  I should have known at that point to do anything to keep him away from anything involving gasoline, machinery or sharp things.  Then he goes on and on how he needs me to help him mow the grass.

Excuse me?  How in the hell I am I supposed to “help” you mow the grass?  That’s the one thing I’m not doing.  If you want me to mow grass, then consider doing your own laundry, cooking your own meals, getting your own scripts, putting your own crap on E-bay, (wiping your own ass…) the list goes on and on.

Apparently what he wanted me to do was follow him around while he mowed the grass.  I have absolutely no idea why.

I stayed outside long enough for him to start the mower up- and it fired up and ran beautifully.  I figured my work outside was done, so I could go in and at least attempt to fix something for dinner.  Yeah.

About five minutes later he comes storming in the back door screaming that I broke the lawn mower.  Granted, he was pretty damned drunk, but I couldn’t see how I could have broke the mower if I was in the kitchen washing dishes.

Apparently, because I wasn’t watching him, (???) he ran over the metal rod that has been in the yard forever and ever, that he knows about, and jammed the motor completely.  It is officially FUBARed.  Now, I am the first one to accept blame where it is due, but it seems to me that the drunken operator of the mower might have had a lot more to do with its final catastrophic failure.  I will also add that this is a self-propelled push mower, not a rider mower.  Ohio is so weird about DUI that the cops can bust you for drunken mowing– if you’re on a rider mower.  They can bust you on a motorized bar stool too.  This actually happened to some redneck in Newark.  So technically (as far as I know,) drunken mowing is legal- as long as it’s a push mower, and you’re not driving it. 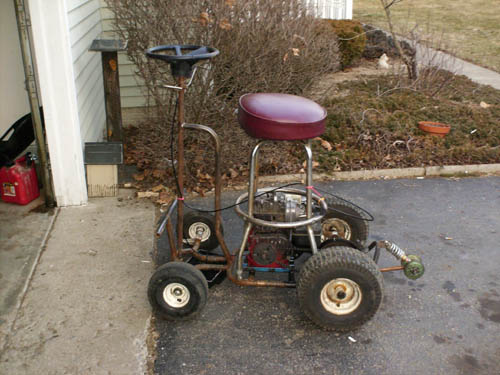 Ingenious, yes, but still motorized, and you do ride it.

If there is some sort of ordinance against drunken mowing with a push mower, I’d like to know about it for future reference.

Tonight I get to go with Cap’n Happy to procure another lawn mower- at his expense of course.  If he thinks I’m buying him a new lawn mower to reward his wanton trashing of a perfectly good one, he has another thing coming.  If I were to buy him a mower, which I won’t, I would buy him one of these little beauties: 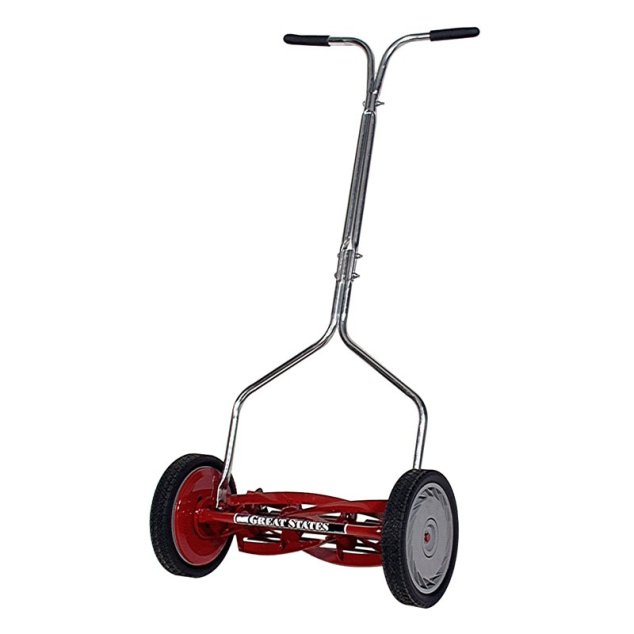 I don’t see how he could destroy this one unless he ran over it with the truck or something.  I am not looking forward to clomping through Sears, Lowes or wherever he decides to go trolling for deals on mowers.  Not at all.

This little foray into home improvement hell with the biggest drama queen on the planet ought to be as much fun as a dental cleaning, a pelvic exam, and a full body wax- all at once.

I might buy him dinner if he behaves– at White Castle.  Mmmm, sliders….