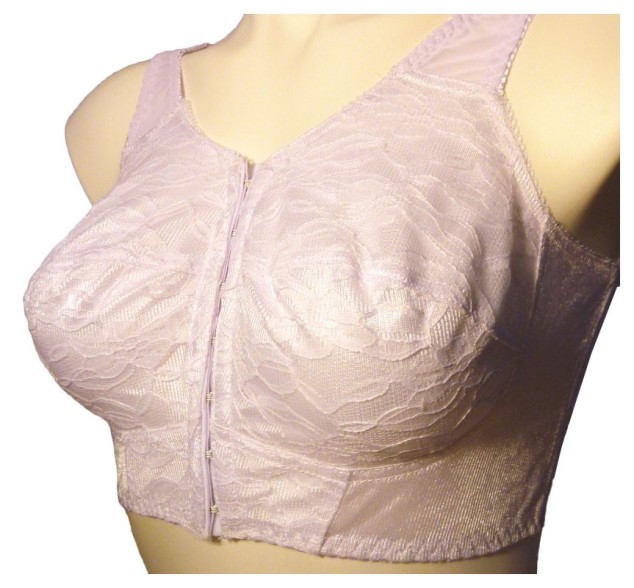 As much as I try to fight it, I am becoming my mother, at least in appearance.  As much as I wish I could look like Demi Moore, on a good day I might pass for a 55 year old mutant troll.   I’ve had more than one person ask me if I was my mother’s sister.  Never mind that I’m 42, and Mom is 22 years older than me.  I know I’ve been rode hard and put away wet throughout this adventure of life, but I sort of wish I might have aged just a little bit better.  The years have not been kind.

Long ago I became resigned to the fact that it’s in my best interest to dress for comfort,  not for speed.  For those of us with ample chests, (38D) bra shopping consists of two goals- find a bra that will hold the puppies firmly and comfortably without fail, even when bending over, AND that doesn’t leave divots in one’s shoulders.  These bras are practical but not generally pretty.  Victoria’s Secret is that they don’t have bras that meet this criteria.   I spent way too many years in my vanity dealing with scratchy underwire bras that left divots in my shoulders and would allow the puppies to fly out every time I bent over.  These days I like the heavy duty beauty hold ’em up in a hurricane type bras- the kind my grandmother (also endowed with the 38Ds) preferred. She was a lingerie buyer for a department store and could at least could get good deals on the stuff.  I either have to wait for the clearance sales- or pay retail, which I am loathe to do for anything.  I hate to pay retail.

The shoe reality is harder for me to deal with.  I used to wear at least a three inch heel (if not a five inch stiletto) every freaking day, working and standing on concrete and it never bothered me.  Now it almost has to be a special occasion for me to wear a two inch wedge.  I’m still only 5’4″, provided I’ve not shrunk with age, so I still need the height boost.  It’s not as if I have a hard to fit foot- I wear a 7B and the only issue I ever encounter with shoes is that I have a high instep.  Boots and certain over-the-instep styles can be a bit of a challenge, but generally if the shoe is true to size I’m good to go.  I order shoes online quite often with no difficulty. I don’t have as big a problem with trying on shoes in public as I do with clothes (I never, ever, ever disrobe for the perverts charged with monitoring public fitting rooms) but I’d still rather buy my shoes online.  It saves me time and the aggravation of cavorting around amidst the unwashed hordes.

I just ordered some five inch platform sandals which I am going to wear come hell or high water (a good fashion choice in high water, heh-heh) because I paid good money for them, and because sometimes it’s fun to mess with Dad.  If I wear more than a two inch heel, I’m taller than him. 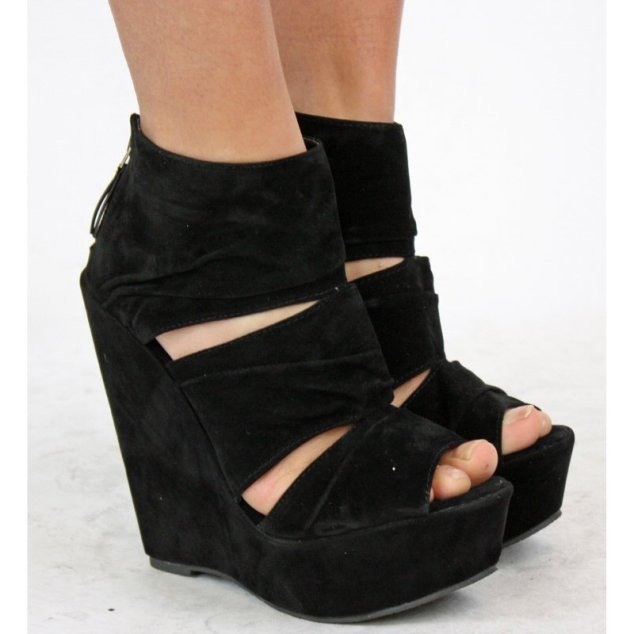 For daily wear, though, I find myself gravitating less toward five inch platforms and more toward Crocs sandals or Skechers Toners.  I don’t have to wear dress clothes to work. We don’t see customers face to face, so our dress code can be summed up as, “just as long as the nasty bits are covered.”  Since I don’t have to wear dress clothes,  I like the “toning shoes.”  I figure if I have to walk anyway, might as well get as much exercise as I can with each step.  This way I am more motivated to walk so I can get more stealth exercise. I am not much for doing a whole lot of walking in heels.

I’m sure that a casual observer would think it strange that the matronly looking old cougar driving a car with hot pink Hello Kitty stickers all over it, who looks like someone’s grandma, is usually jamming to assorted hard rock and heavy metal.  I got a really bizarre look the other day from some teen punks when I had Nirvana’s “Heart-Shaped Box” cranked up full blast on the HK Yaris’ stereo when I pulled in to park in the Kroger’s parking lot.   Just because I’m old does not mean I am resigned to Lawrence Welk, Barbra Streisand (accckkkk!) and elevator music.  My only regret is that I wasn’t listening to something a bit more edgy, such as Quiet Riot’s “Cum on Feel the Noise,” or Black Sabbath’s “Crazy Train.”

I’m every bit the headbanger I was back in the day even though I (sadly) sold the Gibson Victory Artist (yes, they are legendary, and yes I actually had one) and the Marshall full stack years ago.  I enjoyed singing and playing bass, but the reality is that very few people ever get to a place where they can support themselves by playing music.  Sometimes practical concerns have to win out, such as being gainfully employed and supporting oneself, but it was fun while it lasted.  I was a good player and a good singer, but I have to admit I don’t have the image.  Nobody cares how well you play or sing if you don’t have the stage presence.  Audiences want you to give ’em something to look at, and I’ve never been much to look at.  Maybe that’s why most female musicians who have done well for themselves have done it on their looks and not necessarily on their talent.  There’s a lot of very nice looking but horribly mediocre female singers out there who are making the big bucks.  You can be a very good singer, but look like a mutant troll- and you end up selling automotive parts. 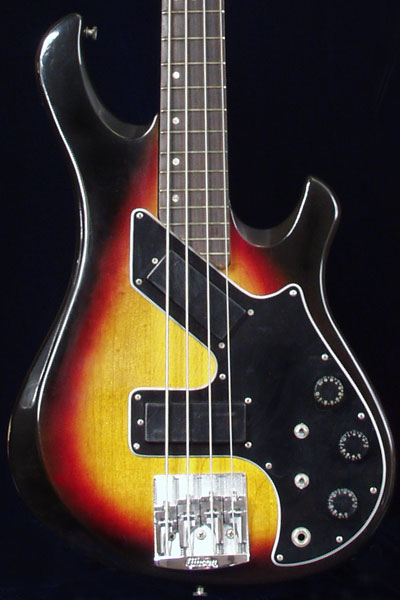 1982 Gibson Victory Artist…drooolll… mine looked exactly like this, with the sunburst pattern and everything.   I bought mine ever so slightly used (almost pristine) for $800 back in 1985 which was an unheard of sum to pay for an instrument, especially when considering my first car- yes it was a POS but it ran- was only $400.  Today you would not be able to touch a functional Victory Artist- in which the active EQ and pickups work as they should- for under $1000.   Awesome instrument except for one minor detail- it was in no way light on the shoulders. Gibson stopped making them in 1986, probably because they were incredibly expensive for the day, ($2000 for a new Victory Artist with all the toys, in 1985) and Gibson wasn’t exactly making money in the dismal economic times of the early ’80’s selling high line instruments.  One could buy a Washburn bass that was decent and almost as effortless to play, for less than half the price- but Gibson’s craftsmanship is legendary.  If I were into vintage instruments, and/or if I seriously wanted to start playing bass again, I would have to scrounge me another one- but (sad as it sounds) playing bass isn’t terribly high on my list of things I really need to do right now.  Playing an instrument well takes a lot of time and practice, and the equipment needed to play is not inexpensive.  Finding others interested in forming a band and getting any kind of venues in which to play would also be a formidable task . More importantly, I seriously wonder if my wrists and fingers could tolerate it, especially considering all the typing I have to do in the course of a day.  When I sold the Artist in 1994 I was at a point where I could only play comfortably for 15-20 minutes at a time and really had to push it to make it through a two hour set.  What’s the point of playing music if it’s painful?  I have arthritis in virtually every part of my body that has cartilage in it, thanks to a childhood bout of rheumatic fever- the gift that keeps on destroying- and a young adulthood of taking everything just a little too far.  My hands and wrists are in bad enough shape already without bothering to put all that extra stress on them.

Oh, well.  I like being comfortably obscure from the safety of my ivory tower, watching the wheels go around when I can stay still long enough, and entertaining myself by watching the ongoing devolution of humanity.

“For Whom the Bell Tolls” indeed. 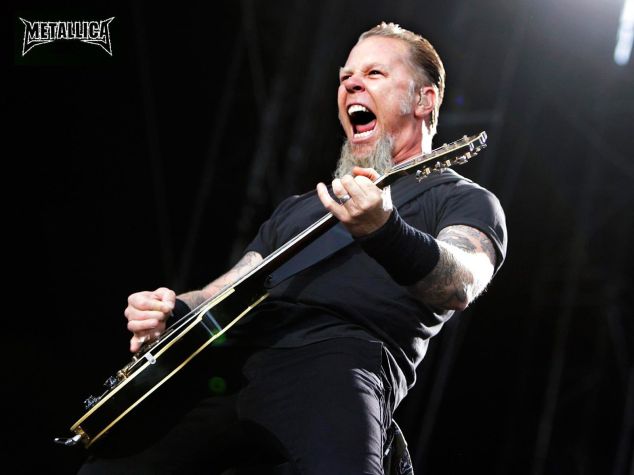 It’s oddly comforting to know that all the rock/metal artists I admire are older than me.