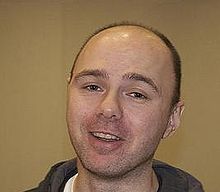 Ah, the joy of contrasts.  I absolutely love the show that’s been on Science Channel called An Idiot Abroad.  For those not familiar with it, the show features the adventures of Karl Pilkington, as his “friends” Ricky Gervais and Steve Merchant send him to see the Seven Wonders of the World.  I enjoy British humor anyway, but to see this poor guy traipsing about some of the more tourist un-friendly parts of the third world was absolutely priceless.  The Chinese toilet scene was hilarious.  I really have to wonder, without toilet paper, how in the heck do you keep from fudging your undies?  And in lieu of undies- for the sake of argument  (let’s say they all go commando), fudging your drawers?  Even the most crude backwood cracker rednecks wipe.

It makes me wonder what kind of fun an American living in fly-over country could have road tripping with some poor funky looking Brit.  Just imagine taking Karl on a road trip down in the hollers of WV, or on an excursion to a tractor pull, NASCAR race, or even to the Mobile Home Capital of the Midwest- Marengo, OH.  I could show him urban blight,  rural blight, authentic American cracker rednecks complete with full body tattoos and rebel flags on their trucks, weeds growing out of a swimming pool, and the Tetanus Farm, all in the same day. 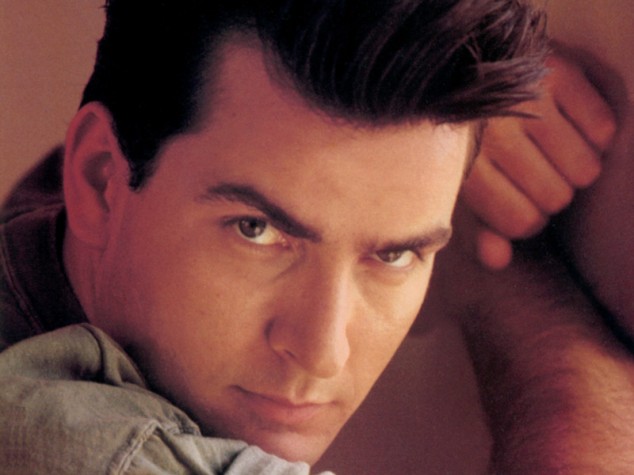 I bet foreigners watch American TV and movies and think the whole country is like either New York or Los Angeles- that the women all look like Paris Hilton and the dudes all look like Charlie Sheen.  The pic of Charlie Sheen is substantially larger here, because in my humble, heterosexual female opinion, he’s hotter simply because he’s a dude.  I’m here to tell you, sweetheart, that the Left Coasts are absolutely not representative of all things Yankee.  Fly-over country is different.   Much different.  Foreigners seldom see either the Midwest or the South, which are two regions of the country that have a distinctly defiant and bold demeanor, not at all resembling the politically correct and effete atmosphere you experience on the coasts.  It’s a shame no one really bothers to explore the vast expanses of fly-over country.  Do you think we’re boring or we’re lacking freak factor?  Believe me, I can show you lots of freaky stuff, just on the Ohio State campus.

Within 50 miles of Whine Country alone I can think of some prime locations for freak watching: 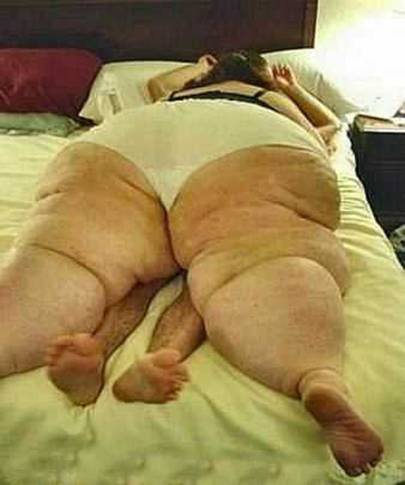 Walmart in Newark – Discover why there is such a thing as “Size 20 Women’s Underwear,” and also why there are some very squashed, mousy little dudes.  You could fit five or six Paris Hiltons into one leg hole of those “briefs,” believe that. I bought a pair of these to use as a car cover for my Yaris, but they were too big. 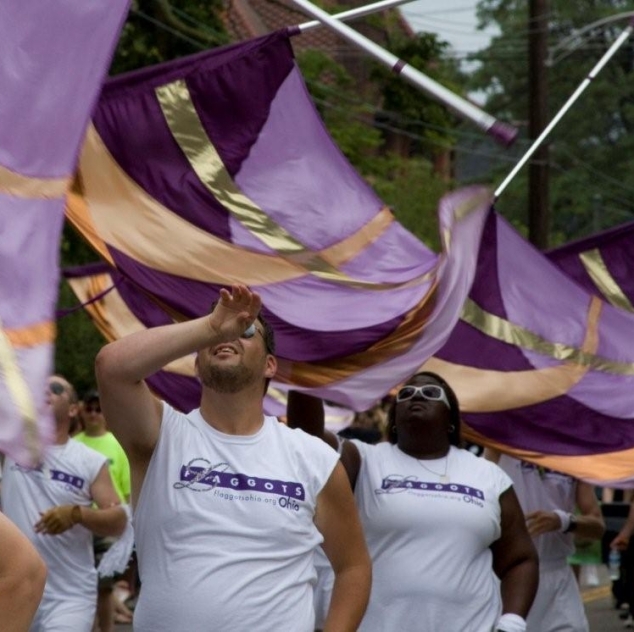 Downtown Columbus during “Gay Pride” weekend is quite a spectacle, especially the “Tranny Parade” (“Tranny” as used here, is NOT an automotive term!)

Walmart in Marion on the first day of the month, or whatever day the Welfare checks come out- (steel toed shoes and Febreze recommended.) The fat-chick-on-a-scooter thing always amazed me.  If she were motivated to walk to begin with,  she would never would have gotten fat enough to have needed the scooter, no?

Believe me, if you want a freak show, just open the door and start gawking.  I can think of enough freaky footage right here in Central Ohio to keep foreigners amused for weeks.

I would love to be Karl’s (or some other unfortunate English-speaking foreigner’s) tour guide to the Midwest and the South.  It could be a lot of fun.

All I can suggest is never drink the local water when you travel unless it has been filtered, brewed or boiled.   I get Montezuma’s Revenge drinking pretty much any locality’s unfiltered tap water outside of Franklin County.  If in doubt go for a brewed beverage (tea or coffee) or better yet a prepackaged beverage such as Diet Dr. Pepper or Diet Rockstar.

It’s no crime to be large.  I freely admit, while I have not attained the heft or girth of livestock, I am proportioned like a mutant troll.  I have short meaty arms, big meaty man-hands, and my abdominal area resembles a road map to Atlanta.  Coverage is the key.  When you are large or badly proportioned, proper use of clothing for coverage purposes creates a more tolerable aesthetic.

Cover up your bad self!

I don’t mean “wear a burqa” (unless your religious views dictate so.)  It is good for those of us with less than optimum physiques to refrain from displaying those problem areas.  Ladies with meaty arms should not run about in sleeveless shirts, for instance. 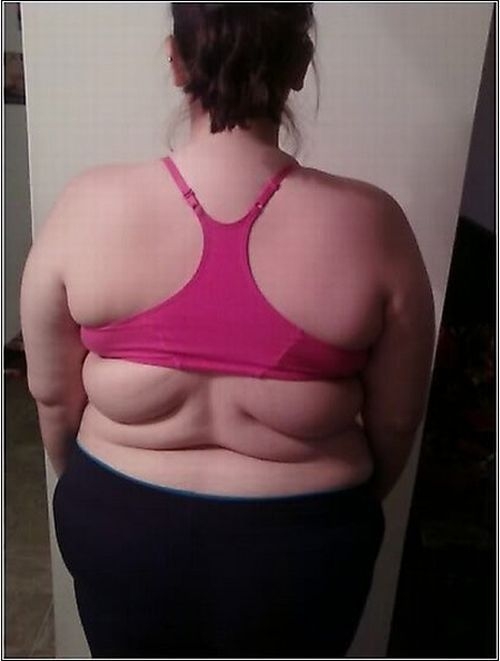 This is a fashion don’t.  And if the pink thing is supposed to be a bra, it’s way too small.  No one wants to see your backfat- not out in the open or all bunched up making muffin mountains in all the wrong places under your shirt.

Here’s an example of a large (not necessarily “fat” but certainly no Calista Flockhart) lady dressing appropriately.  Her meaty arms are generously covered with sleeves.  Her skirt is long enough to conceal any cottage cheese or thunder thighs.  Yet she is not so covered-up she looks like she’s running about in a muu-muu or a burqa.

I like the idea of foreign tourism in all those places tourists don’t normally go even better.  Come on down and experience the wonders of the G&R Bar, (home of the world’s most awesome fried bologna sandwich) the Ohio State Fair, and the Marion Popcorn Festival (it’s OK, they bring in extra cops.)  Go on to West Virginia and experience white-water rafting, interesting redneck accents, and harrowing drives on mountain Interstates named after (and largely pork-barrel funded by) the late Senator Robert C. Byrd.