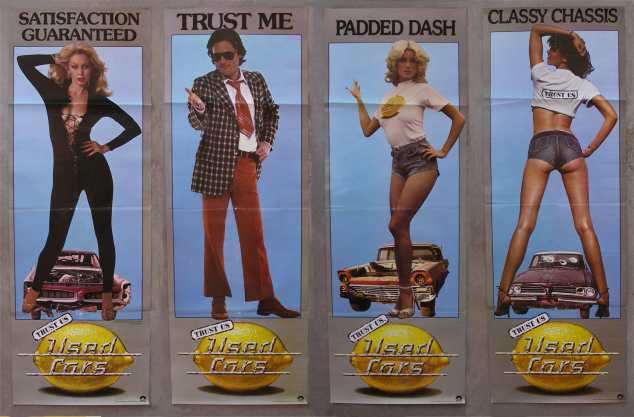 Those of us in the automotive industry aren’t exactly noted for being paragons of virtue, sad to say.

Last night I realized just how easily entertained I can be, and it’s sort of sad.  Jerry has been complaining about the slight vibration in the front end of his truck since the tires were rotated, so I had to follow him over to the dealership last night so their service department can tell him the same things I told him.  1. You have a 4WD truck.  It’s not going to ride like a car. 2. I personally don’t care much for Dunlop tires- at least not the ones Toyota uses as factory equipment tires.  They are OK if you drive the vehicle every day, but we are talking about a 2010 Tacoma with 9,000 miles on it.  When these tires sit, they cup.  When tires cup, you get vibration.  I had to deal with complaints about Dunlop tires (granted these weren’t the same exact model tires) 20 years ago when they were original equipment on Camrys- and the ones who bitched about them always had low mileage cars that would sit for long periods of time.   Most people aren’t fussy enough to even notice a slight vibration like that in a truck, but Jerry is sensitive enough to smell the fart someone just cut up in Moose Dick, Alaska (which is a hell of a long way from beautiful Central Ohio, for those ill-acquainted with geography.)  He notices anything even slightly off with that truck, even if it is well within the realm of normal tolerance.  I pity the service advisor who’s dealing with him.

Maybe I should not take sadistic enjoyment in tormenting car salesmen, especially when buying a new car is about the furthest thing from my mind, but I couldn’t resist wandering the new car lot as I’m waiting for Jerry to drop off his Tacoma with yet another whiny diatribe about the Dunlop tires.  I’m sure he thinks if he whines enough they’ll give him a free set of Bridgestones of his choice, but I highly, highly doubt it.  They’re not a safety issue or even a wear issue.  You have a bit of a vibration at 70 MPH.  Whoop de doo.

Just buy yourself a new set of tires if you are that damned fussy.  I told you to make them swap them out for Bridgestones before you took delivery of the truck…

Anyway, I didn’t even really get a chance to peruse the first two three-door Yarises- other than to glance and keep on walking because they were automatics- on the lot before a thin, sort of ferret-faced salesman starts chasing me down.  That’s what I get for perusing a new car lot on a weeknight.  The first thing I tell him is that I’m just checking out the new cars while I’m waiting on the old man to drop off his truck and that I’m not looking for a new car.  But of course, he persists, so I ask him if they have any (Scion) XDs or 5 door Yarises with manual transmissions.  Mr. Ferret gives me a sort of a weird look and asks, “You aren’t interested in an automatic?”

Ok, so ferrets are cute.  This guy wasn’t, but you get what I mean.

Hell, no, I think to myself, but then I have to wonder how many of the 13% he has actually encountered, and if he has had the rare opportunity to encounter one of the 13% who happens to be female. So I decide to take it easy on him.

“Sorry, but I only drive manual transmissions.  I won’t buy an automatic, which I know sort of narrows down my choices,” I replied, thinking that might make him give up right there.

It must have been a slow night, because the poor guy was running around all over the lot to see if they had any XDs or 5 door Yarises with manual transmissions.  They didn’t, but he did insist on getting my phone number (I gave the home number that I never answer) and e-mail. I don’t entirely want to piss these guys off because I’ve bought my last 4 new cars there.  Even though I pretty much despise car salesmen, I don’t want to be that much of a bitch.  I’m not interested in a new car right now- especially because Toyota isn’t building the Yaris sedan which is what I already have, and am perfectly OK with- anymore.  The XD is intriguing and even though it is a hatchback, that might cross my mind, but good luck finding one of those with 5 on the floor.

Yes, the manual trans is available, but have fun finding one with it!

I hope that I don’t have to resign to driving a farking Volkswagen just so I can get a sedan with a manual transmission the next time I buy a car.  It’s not that I dislike Volkswagen- as far as performance goes there’s no one like the Germans, and VW’s recent models (especially the Jetta and Passat) are interesting- but they are more expensive, and from what I’ve seen in the past, much less reliable than Toyotas.  Who got the farking idea that people who drive manual transmissions only like hatchbacks?   Who got the idea that everyone who likes a manual transmission can afford a European car, even if it does end up being a Volkswagen?  I know it’s hard to cater to the 13%, and I don’t mind that most of the available vehicles are econoboxes, but dammit, there is a market there! 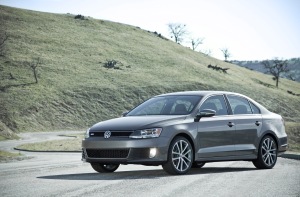 The Jetta GLI could be fun, but I still wonder- how reliable?

I’m not enthralled with buying any car that isn’t made by Toyota, and I’m not buying an automatic anything, even if it means I drive my current Yaris until I drop dead.  So there.

I’m also wondering who around here is getting such a taste for oat opera.  Unless I put my headphones on, I am accosted to a rather foul auditory garbage dump of twangy tunes that make me think I’ve died and gone to redneck hell.  I try to be polite and use headphones if I want to listen to music outside of the privacy of my own car, because I understand that not everyone wants to hear Jethro Tull’s “Aqualung” cranked up.  It’s a cool song but sort of gross when you think about it.  I know I have unusual tastes in music and don’t aspire to inflict them on others.   But why do others think I want my auditory channels violated by Conway Twitty or Shania Twain?

Please, please spare me from bad country music- and most of it is IMO, incredibly bad- unless you want me to start playing David Allan Coe.

5 thoughts on “So Easily Entertained, Laments of the 13%, and Country Music IS Noise Pollution”