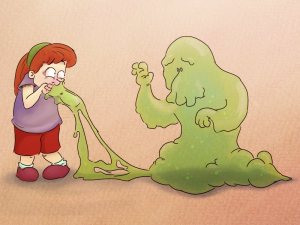 I hate snot.  Green snot, clear snot, yellow snot, brown snot, bloody snot.  Snot out the nose.  Snot out the mouth.  Snot down the back of my throat.  I’ve had it forever with snot.

Yet for the past four days, excessive snot, in all its disgusting, messy, and inconvenient forms, has been my sad reality.

Sunday I was tempted to grab a big piece of cardboard and a Sharpie and just write on it : CAN’T TALK / GO AWAY.  When I’m feeling crappy I want to be left alone.  Let me snot and sneeze and choke and spray snot chunks in relative peace.  If I need something That Bad, I’ll go get it.  Leave me alone to my vast stash of Nyquil and related patent remedies, so I can drift off to restless and strange dreams of swallowing aluminum cans, climbing mountains, and hanging out with the dude from Survivorman.  That is not a good show to fall asleep to.  Especially considering the dude eats bugs.  That is not normal. 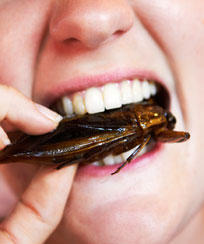 I know, lean protein, but ewwwwwwwwww!

I know that someone like me who is highly prone to a surplus of bodily effluvia of the mucoid kind should probably sell everything and move to the desert.  The only problems with that are: 1.) Even if I sold everything I own, it wouldn’t get me much further than about Illinois, which is even worse than Ohio- worse climate, worse economically, etc. and so on.  2.) The desert, while dry, is HOT.  I don’t do heat worth a tinker’s damn, especially since the Menopause Fairy has come to stay.  I still get the wayward hot flash, even in below-freezing Central Ohio winter.

I’m stuck here, although I don’t refer to Central Ohio as the Armpit of North America any more.  Not since I’ve been to Detroit.  I’m not Catholic and I don’t believe in Purgatory, but if there were such a thing as Beezelbub’s Waiting Room, it would be located somewhere on 8 Mile Road.  The greater Columbus area is paradise when compared to Detroit, or even Cleveland. 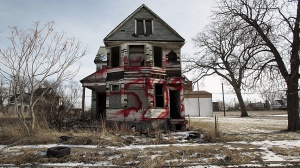 Clark Griswold wants to know: “Hey, kids, you see all this urban blight?”

Hint: It’s what happens when the gimme crowd takes over.

Not being able to talk has its advantages- once people get it that your voice has taken a hiatus they tend to leave you alone- but it has disadvantages as well.

It wasn’t very fun trying to communicate in the Sprint store on Saturday.  My phone (admittedly it had gone long beyond its intended lifespan) bricked (bricked (v.) – to stop functioning, i.e. to effectively become a “brick.”) so I was more or less compelled to go to the Sprint store to get another phone so that communication with my son and other family members would still be possible.  Even if I can’t talk, I can still text.  If I have a working phone!!!

Even though the poor girl in the Sprint store probably had a hell of a time understanding me, she understood me well enough to retrieve my SD card from the old phone and transfer as much of my data as possible between the card and what I’d saved on Google.  My old phone was old, but it was still an Android phone. It had some of the new amenities. Even so, now I know to save ALL my contacts to Google and not just here and there.

Thankfully (and with a much lighter wallet) I left with a working phone that I can text on and play my MP3s with.  Well, a bit more than that.  OK, so I let the tech geek in me have a bit of fun and I got the Note 3 that Steve-o was raving on and on about.  I can draw pictures on it, and the camera’s better than my actual camera.  I like it a lot, so far. 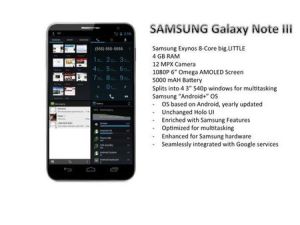 At least I can text…and then some.

I’ve been so choked up with snot that I’ve been without a voice pretty much since Saturday morning until this morning, and what little bit I have, is a little bit.  I was able to drag my carcass in to work today which is a plus.  I don’t like to call off on Mondays, but there’s no sense in coming in if I can’t talk to anyone and I’m blowing snot chunks all over them to boot.  There’s also no sense in spreading whatever freaking germs are lurking in all that superfluous snot, although this time of year is a veritable germ smorgasbord no matter where you go or what you do.  At least I wasn’t on the SS Montezuma’s Revenge like all those poor suckers who paid out the wazoo for cruises.  I got good and infected right here at home, for free! 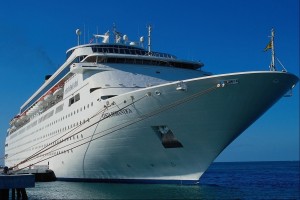 Which is worse?  Shits or snots?

Even though I generally don’t get to pick, I think I can live with the shits better than the snots.  Although neither are to be envied.