I have said before that I’ve not been as excited about a presidential candidate – meaning Donald Trump- since Reagan in 1980.  For you math wizards out there, I was 11 years old in 1980, and more than aware of how President Carter’s flawed policies (especially his mishandling of the coal strikes and the mollycoddling of unions that led to millions of jobs going overseas) contributed to the destruction of my home town.  I watched my friends and schoolmates move away as I was growing up.  I watched as our town turned into a poverty stricken ghost town.  My family at times was reduced to “pay the mortgage and utilities” or “get groceries.” More than once we survived on canned tuna, off brand mac & cheese, and Cream of Wheat.  .

Yes, in spite of what the pundits try to say- that people in my demographic, i.e. middle aged, white professional women, can’t possibly support a “racist” or “woman-hater” like Donald Trump, I beg to strongly disagree. 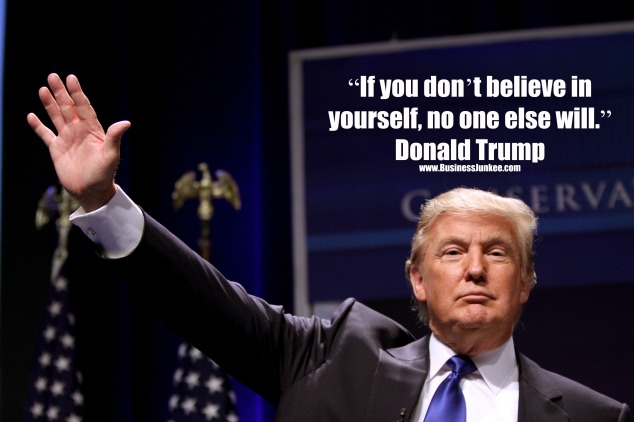 Trump is giving people like me, yes even women, a voice.  He’s saying all the things the establishment drones are too afraid (or too beholden to their donors) to say.  He is saying what many of us have been thinking and hoping for, and that we’ve been denied all these years.  We voted for establishment Republicans hoping to get away from the failed and dangerous policies of the dreadful socialist/globalist/terrorist supporting Democrats- and the people we voted for to fight those failed policies just go right along with them instead of listening to the people who voted for them.

Newsflash: the media won’t tell you this, but fly over country is PISSED.

I am tired of seeing my country being invaded by foreigners who refuse to contribute to the greater society because they subscribe to a medieval death cult (i.e. Islam,) that teaches that people like me should be dead, or at the very least objectified and forced into servitude.  Yet, between Obama and his buddy Kasich (who is supposedly a Republican) they moved in 41,000 Somalian invaders (91% of them are on welfare) into north Columbus (not far from where I live.)  The long and the short of that is I am paying to support people who want me dead, and I can’t do anything about it.  Nobody asked me- or anyone else in central Ohio- if they wanted these moochers planted here.  Do we really want little Mogadishu in the middle of Ohio? I know I sure as hell don’t. They destroyed their own country, and sure as night follows day they will mooch and pillage and destroy ours as well.

I don’t know if Trump will be able to “fix” what’s wrong in this country but he is at least naming and addressing the problems, which Obama and Hillary, all their sycophants, and even the establishment RINOs refuse to do.

I don’t have a problem with American hegemony.  I really don’t.  Perhaps it was the way I was raised- that the world doesn’t owe one a living, that excellence is its own reward, and that it is inherently wrong to mooch from others.

Trump is right in that it is time for Americans to put America first.  It is past time to stop the Islamic terrorists and drug cartels who are taking advantage of our open borders and asinine immigration policies.  It is past time to establish fair trade practices, and to end the welfare dependency class. It’s not a matter of xenophobia or racism but of sheer survival.  Unless we take drastic steps to end the destruction Obama and his failed policies have brought upon us, America will go the way of Europe.

2 thoughts on “Damn the Torpedoes, Full Steam Ahead, and Let the Pundits Be Wrong”