I have been trolling about online for 19th century ads for patent medicine and other assorted ephemera as well as car ads for vintage Toyotas, and I might consider some 1970s era ads for hygiene products and/or clothing (because that shit is hilarious) and various other weird things to transform into wall art for my house.

It’s my house. I’m the only one who lives there.  So my décor is entirely up to me. If I wanted to paint every wall in the house hot pink that is my prerogative.  I haven’t done that, mostly because a.) I don’t have time, and b.) hot pink would look weird on paneling.  This being said, eclectic is the only word I have to describe what I want.  If I like it, it goes up. 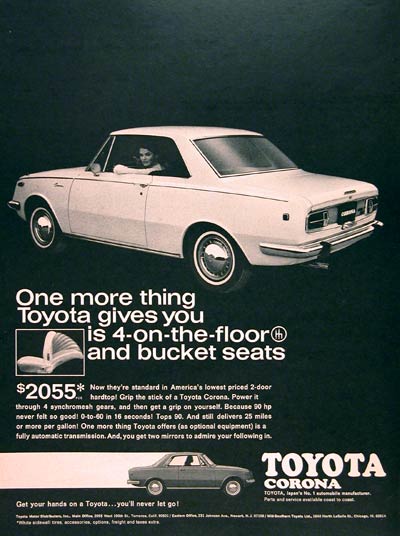 (but they didn’t synchronize reverse until the 2000’s)

There might be some that think I am being heartless or a bit callous in the transitions I’m making in my life.  The precious only male child is more than a little incensed that I have had the truck detailed (and that I am letting a friend in need borrow the truck for awhile) yet he never claimed that he wanted it or cared what I did with it before.  I know everyone handles grief differently, but why he would want me to let the truck sit in the garage and rot (and reek of old cigarettes and various food wrappers) is beyond me.

The difficult thing is that I have been waiting for years to be able to “get on with my life-” to be able to go have a good time if I feel like it, and to participate at church and in other activities.  No, it’s not about partying like a rock star (way too old) or anything debauched, just being able to do what I want, when I want, within reason.  I feel sort of bad because Mom and Dad both think that because I live back in town and I live alone that I am going to want to spend all my time away from work with them.  The idea here is not to ignore them, but I do have people I want to be around, and things I would like to do that don’t involve them. 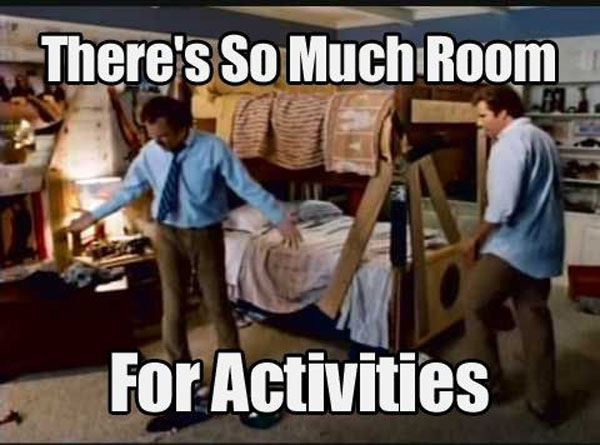 It has felt good to be able to go have dinner with a friend, to go out to malls and such, or to sit and watch old Journey concerts on You Tube.  And I am not going to feign being the “grieving widow” because I’m not feeling it. I spent too many years dealing with Jerry and his tirades and demands.  I am prone to depression, and if I really wanted to fall into that mess I probably could, but I’ve spent too much time there already.  Life is short, and I’ve already wasted enough of it being used and worn out and depressed.

And to be frank about it, 12 years of involuntary chastity was not exactly what I signed up for either.  I am certainly not easy or a slut (otherwise, I don’t see going 12 years without, married or not) but should the right opportunity (and I emphasize the word right) arise to remedy that situation, I am not going to refuse.  I am a free woman now.