Why am I the only one in my house who knows how to use this?

Ah, the lowly plunger.  It may not be my favorite household appliance (or would it be more rightly regarded as a tool, like a can opener, or a kitchen scrubbie?) but when you need, it you need it.  Especially in my house.

I should have known that the plunger would be necessary this morning, as Jerry had a lovely Natty-filled evening last night.  12 Natties or more usually = Natty splatters, but when you have the 12 Natties after half a bucket of chicken and a large pepperoni pizza, well, let’s just say the splatters increase both in bulk and volume.

Jerry is one of those rare individuals who can eat like a Sumo wrestler, drink like a whale, and remain svelte.  How anyone can be 5’10” and 180# in spite of taking in 5,000 or more calories a day, I will never understand. Bastard.

Anyway, just as I am about to beat feet out the door this morning, and I try to do that before Jerry gets out of bed and takes his place on the throne, for obvious reasons.  But I hesitated just long enough to hear the plaintive, whiny, cry of, “It won’t go down!”

This is the vision that went through my head.  I have encountered- and had to clean up- similar blowouts.

Thankfully the mess was confined to the inside of the toilet bowl.  He didn’t try to flush multiple times, which would have resulted in slightly used Natties, pizza and fried chicken all over the bathroom, which would have been a most unpleasant scenario at 7:30 in the morning, but it was bad enough.  A few strategically placed plunges, and all was well.  I am glad sometimes that I have almost no sense of smell.   I was out the door and in the car.  But it amazes me just how helpless an adult male can be, and that’s even after I’ve figured in that Jerry was raised by wolves.

I have said it before but I’m really tired of the ass pilots who go off every time some moron commits a gun crime, saying that private gun ownership should be outlawed.  Guns don’t kill people any more than spoons make people fat.  It’s what a person does with the gun or the spoon that matters.

How about a conversation regarding personal accountability?

I understand why all those football fans are pissed at Bob Costas.  First of all, football is the last place for sentient minds to be looking for political commentary.  Second of all, though I’m not a football fan by any stretch, most of the football fans I know are rather conservative in their politics.  These guys, if they don’t understand anything else about the Constitution, they get the 2nd Amendment.  The comments Mr. Costas made about gun control in the middle of a football game were at best ill timed and at worst simple minded.  One part of winning hearts and minds is using the correct forum to speak out.  The other part is having a message that actually makes sense.  Poor Bob did neither.

Criminalize guns and then only criminals will have guns.  Gee, that makes sense! (sarcasm alert!)

Maybe I’m just getting old, but it seems as if there are so many misplaced sympathies in this world.  I don’t feel sorry for criminals, even if they had horrible childhoods and were raised by wolves.  I got the living hell beat out of me almost every day growing up.  I grew up poor.  I was lucky on some days to have a decent meal and clothes to wear. That didn’t make me a serial killer or a psychopath.  I’m sorry- but growing up poor, or getting the hell beaten out of you by everyone under the sun is not an excuse for criminal behavior.  Acknowledge that your past wasn’t exactly optimal, and get over it.  Do something productive with your life, even if it means merely refraining from harming others.

I think there would be a lot less crime if we went back to public hangings.

I am a believer in capital punishment in three instances.  Premeditated murder, rape, and child molestation- but these would have to be crimes committed without a shadow of a doubt, i.e. someone caught in the act, or proven guilty by means of irrefutable evidence.  Hang them high and hang them in plain sight.  I think that swift, public justice, as well as to stop mollycoddling violent offenders would do much to cut the rates of violent crime and thuggery in this country.  I also think way too much money and time and effort is wasted on drug enforcement.  Most of the violent crime out there is related to the drug trade.  Take away the incentive. If drugs became dirt cheap and readily available, then there would be a lot less stealing and killing over them. 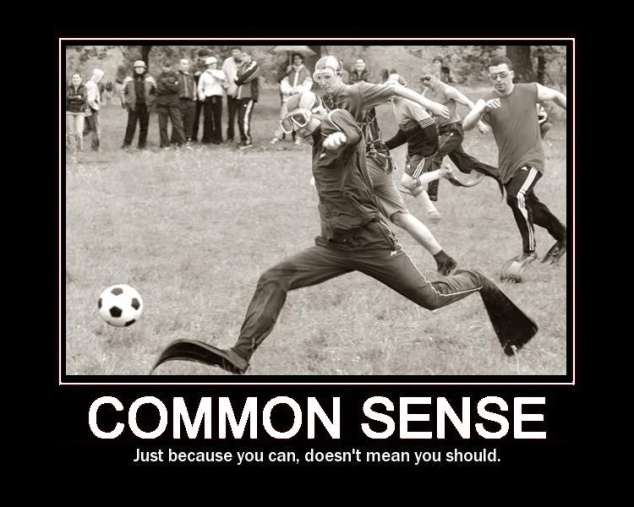 It’s probably a good thing that I don’t run the world.

Especially when I decide to put up Christmas decorations.