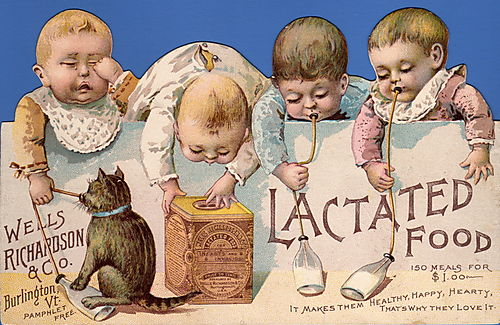 Lactated Food sounds pretty gross, but it’s simply an early form of baby formula made from powdered lactose (milk sugar) and various grains.  Infant mortality was about 25% in Victorian times for a number of reasons, many of which are preventable today.  If a mother wasn’t able to adequately breast feed her child this was one of the alternatives.  If you’ve ever tried a taste of modern baby formula, or even smelled the stuff, it couldn’t taste much worse.  Today’s baby formulas are majorly nasty tasting,  but if you don’t know any better and that’s all you get, well that’s all you get.  Unfortunately Lactated Food, while it may have served as a emergency baby formula, it couldn’t do much to prevent the epidemics or correct the sanitation issues of that era which likely caused most of the infant mortality. 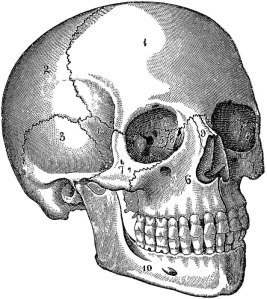 The Victorians are especially known for their sense of drama in matters involving death.  Death was not something that was shoved off into hospitals and nursing homes, far away from the rhythm of daily life.  Death was part of daily life.  The guy who built your furniture was the same guy who built your coffin.  They also called it a coffin, not a “casket,” or  “receptacle for remains.”  Mortality wasn’t something reserved for the catastrophically injured, terminally ill, or the aged who are normally shoved off into some sort of facility for months or years before they die- mortality was an equal opportunity proposition.  Death usually wasn’t a lingering thing back then. One day you might be doing your daily business and the next you could just plain drop dead.  I think that’s the reason why there were so many post-mortems taken.  You didn’t have a chance to have so and so’s pic taken when he/she was alive, so now you have to do it before he/she starts to rot. 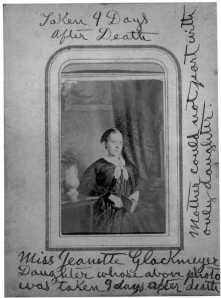 Was it winter? Did they put her out on the porch to chill until the photographer could make it? ‘Cause she looks pretty well preserved for being dead over a week. 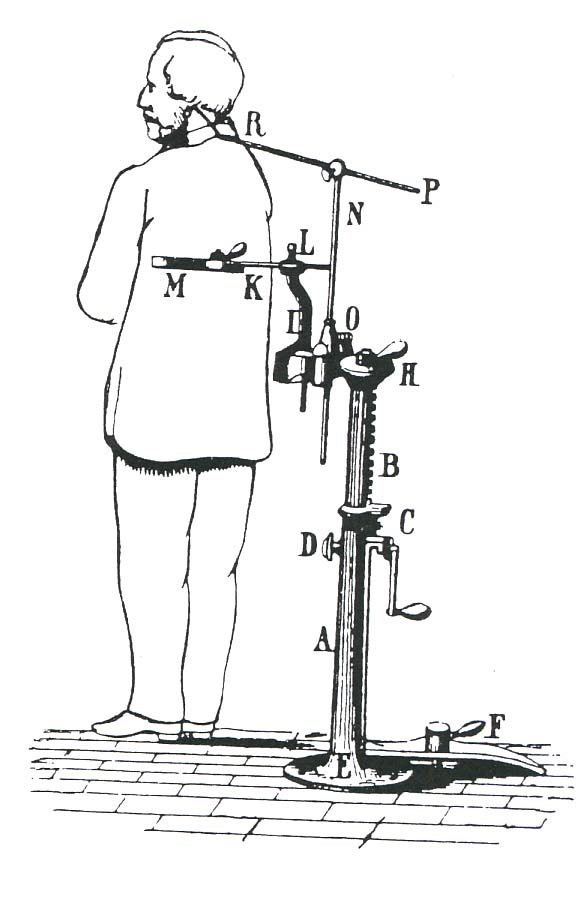 Now I can explain Keith Richards.

Should I have had the misfortune to have been born in Victorian times, I likely would not have survived much more than a day or two- I was born with pneumonia and had to spend a week in the hospital from the beginning.  Sickly infants were the first to go. The Victorian world made 1000 Ways to Die appear comparatively tame.  If the contagions and bad nutrition and having to wander around in horse shit didn’t kill you, the odds of death by accident or misadventure were pretty good too.

I still admire the artwork of the Victorian era though.  The drawings are stunning and ornate.  The clothing, while beautiful, would have had to have been something wicked to clean and maintain, and I don’t see how any of that stuff, especially corsets, could have been comfortable.  I balk at underwire bras and pantyhose. 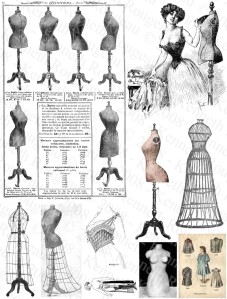 I have no idea how these poor women could breathe- but they were probably already rail-thin from always having Montezuma’s Revenge.

Another hallmark of the Victorian era was maudlin sentiment, which was sort of understandable when you didn’t know from one day to the next who would be alive and who would be dead.  The next birthday you remember might be the last, so yuk it up good.  The cards- and I admit I don’t spend much time or money on paper cards these days- are awesome.  Even the ads are so much more artistic than the ones we are treated to today: 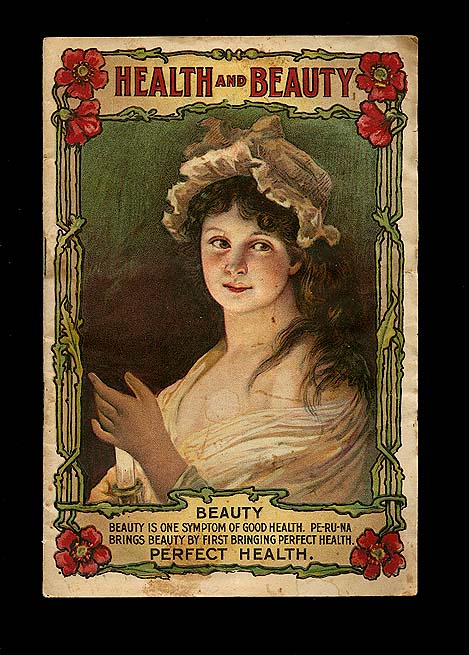 Of course the stuff in the ad probably had lead and arsenic and heroin and cocaine in it, but what a pretty ad!

Patent medicines- basically anything someone could put in a bottle or a tin and market creatively- intrigue me also.  A lot of that stuff proved to be more deadly than anything.  I have to wonder how many people died because the “cure” was worse than the disease. 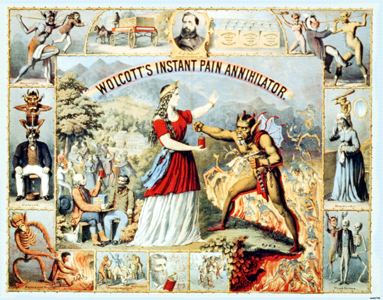 I like the little demon drilling on the top of the dude’s head  (center frame on the left.)  That’s a nice touch. 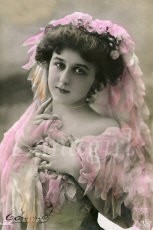