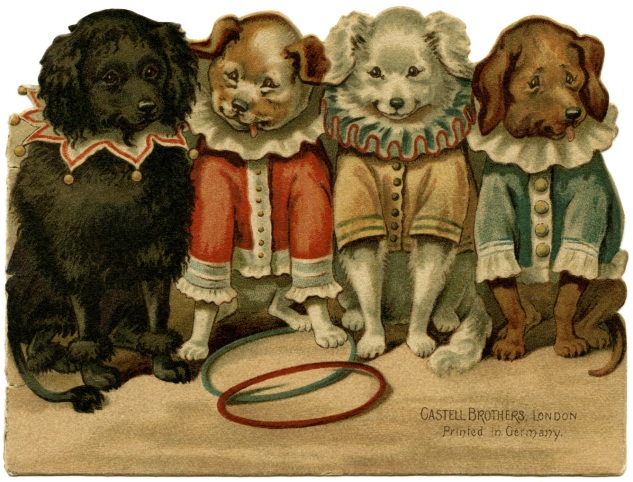 Focus on the cute dogs…

People like me to be around when they have a crisis, which sort of sucks for me, because I have enough crises without any external help.  Why?  Probably because I don’t let pesky emotions get in the way of what needs to be done.  I am, of course, the queen of the delayed reaction, which usually comes unbidden at the least convenient of times when nobody sees, nobody cares, and frankly, emotions are things I very seldom wish to share anyway.  I don’t feel a damned thing during a crisis.  I simply fly on adrenaline and the advice of my rational mind.  The problem is when that runs out and I am left to process what happened, be it a day later, a week later, or as normally the case, ten to twenty years later.  That’s when I go to the zoo. 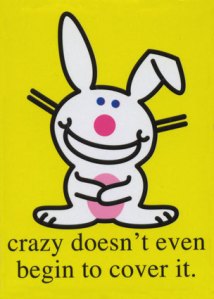 Lately I’ve been completely fried and I can’t really explain why.  I know the whole business of Dad having heart surgery was rather disconcerting, but all through the process he has done extremely well with very few complications, so I really don’t have any reason to be a basket case about it.  I was afraid that he might develop cognitive deficiencies (which can and does happen to some people following open heart surgery- I’ve known people who this has happened to- it’s rather obvious and disturbing to witness) but so far I’ve not seen him have any memory lapses or any kind of strange behavior that could be attributed to hypoxic episodes (there’s a lot of medical jargon in the preceding link, and it is a bit dated, being from 2003, but it’s understandable enough to scare the holy bejeezus out of me.)  Suffice to say that hypoxia is the condition of not having sufficent oxygen to the brain or other essential organs, and it’s a common complication of heart surgery.  I’m infinitely grateful that Dad seems to be with it upstairs.  He’s been managing his shop affairs from the day after his surgery via phone and hasn’t missed much.  If I know him, since he got sprung from the rehab last week, he will go up there and at least do his own paperwork and administrative hoo-hah.  Today he will probably be released to drive again- let the mischief begin, although it will be several months before he will be able to actually work on cars again.  It’s only been 5 weeks since his surgery.  I’ve had major surgeries, but both of mine were abdominal (I didn’t have my sternum cut in half and wired back together,) and I wasn’t 66 years old.   I am delighted to see him getting around so well after a relatively short amount of time.  This being said, after both of my surgeries (especially after the hysterectomy) it took me at least a year to actually feel somewhat normal, like everything was actually healed and so forth. 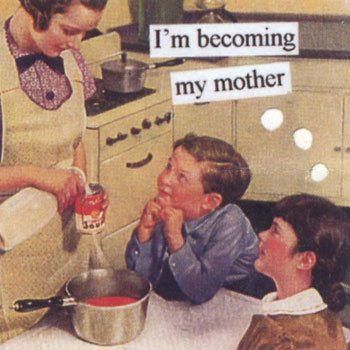 The main difference between me and my mother is I try to deny having anything wrong, while she tries to make up even more stuff. As if I need any help.

Maybe the part of this that is bumming me out- and it shouldn’t- is knowing that I’m not getting any better.  It actually pisses me off, because I don’t like to admit it when I’m not well- my physical infirmities underscore my weakness and I really hate that.  I need to go back to the Dr., but I am loathe to because I know I’m going to have to go through the process again.  The heart palpitations are back with a vengeance and they’re not sporadic anymore. They’re pretty much constant.  Part of the reason I couldn’t sleep at all Monday night (and spent all day yesterday in bed, as much as I absolutely hate calling off for any reason) was that every time I laid down to sleep my heart would pound and pound and I’d struggle to catch my breath.  I felt so bad Monday night that I toyed around with calling the squad on myself, but the only thing that kept me from it was knowing that Jerry was butt drunk and he would probably end up getting a nice little ride in a cop car for being drunk and disorderly and/or interfering with emergency personnel.   So I figured either I would feel better or die.  So far- not dead- but not even close to being OK either.  I know I have two damaged heart valves and irregular rhythm (rheumatic fever, the gift that keeps on giving) but either a.) my blood pressure meds are not adjusted right or b.) something has gotten worse since the echocardiogram in 2001, or c.) both. 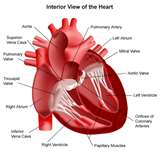 Supposedly my mitral and aortic valves both leak.  At least they did in 2001.

Yes, I need to call for a Dr. appt. The only thing I fear is that when I describe this messed up shit to them they will tell me to go to the ER.  I want to wait until my appt. in August and then see if I can get back in to the cardiologist and deal with it then, but as shitty as I feel right now, August is a long, long way away.  The bad thing is I know he will want to do the monitor and the echocardiogram, etc. again and I don’t want to waste his time if it’s the same shit from 2001 all over again.  Yes I feel a lot worse than I did in 2001, even though back then my blood pressure was sky high (190/120 or thereabouts most of the time) and they played hell getting it down to a reasonable level.  I hate going to the ER, and I will really hate it if they tell me it’s something stupid, that I’m a nutzoid hypochondriac, and I wasted my time.  I don’t like sitting in those nasty plastic chairs surrounded by the contagions of humanity.  The pisser is, I really hate not sleeping worth a shit and feeling like I can’t breathe, and that weird creepy tightness like something is sitting on my chest, and the feeling that my heart just plain isn’t working right.  I also wonder just how weird it is for my blood pressure (which is generally high and notoriously hard to control) to be running with numbers like this morning’s-  97/61.  I usually struggle to keep my blood pressure down in the 140/90 range so something is really bizarre here. That’s why I sort of suspect my blood pressure meds, but the Dr. only upped the dosage ever so slightly on one of the six meds I take for that.  The effect should not be that dramatic. 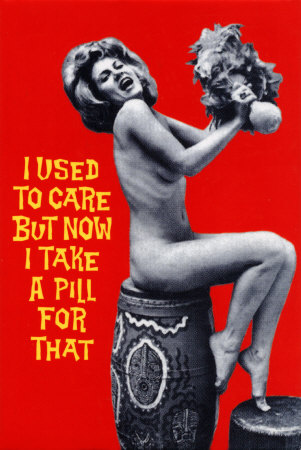 Even though I am feeling genuinely physical effects, and I’m still tired as hell even after sleeping all day yesterday, I don’t want to go through all the medical hoo-hah and then have some wise ass tell me it’s all in my head.  But if I have another night from hell like Monday night, I will sit out front and call a frigging cab to take me to the ER.  Unless of course, Jerry is sober.  Then I will call the squad, because he can’t drive for shit at night.

3 thoughts on “Repression is How I Roll, (Not to Mention Denial), and Stuff I Gotta Do”