I can’t help it.  But if the cars/owners involved were Camaros or Corvettes, that would be even funnier.

With the exception of rare genetic or congenital anomalies, gender is male or female.

Pick one.  Preferably the one that matches your plumbing.

I can’t say that I am celebrating in the streets or bathing my profile pic in a rainbow colored filter on Facebook. Nor am I shouting doom and gloom and proclaiming the end of the world because now Adam and Steve (or Annie and Eve) can get “married.”  Personally I believe that same sex relations are wrong in any context (and to me, positively vile)- but so are opposite sex relations out of their proper context (but I’ve been there with the heterosexual fornication and done that, hypocrite that I can be.)  I am not the Judge, nor do I want to be.  I’m guilty of “doing it wrong” too, just in a different way.

Two dudes.  Wonder who will clean up the piss splatters around the john?

However,  I don’t make a hobby of rubbing my straightness in everyone’s face and Making Them Like It.  I even use the term straightness almost lightly, as “asexual” is probably closer to what I am now.  I really don’t have any desire for physical contact with anyone.  I don’t like strange people touching me, and it’s been more years than I’d like to admit since I did anything other than sleep (or watch TV) in bed. The older I get the more averse to such things I become.

Even so, if you have found your “soulmate,” and you want to have at it like rabbits in heat, whether it be male, female, mechanical, inflatable, or gerbil, I don’t care.  Maybe I am a bitter, old, frustrated bitty, but I just don’t want to hear about it.  That’s in the same category as wondering whether or not your grandparents still have sex.  Some things should remain a mystery.

I don’t care if you have the hots for a ’93 Ford Escort.  I really don’t care how people get their jollies for the most part, or who they choose to land in bed with, or why.

It only bothers me when you expect me to call it normal.

You celebrate your holidays, I’ll celebrate mine.

I do have to wonder about the World Rabies Day thing.  Is this observation a call to inform people about rabies and to prevent the spread of rabies?  I can’t imagine anyone wanting to celebrate Rabies, but there are some real freaks out there.

In all seriousness, I don’t believe anything good or healthy is going to come out of legalizing same-sex marriage.  I don’t think it’s healthy to teach children that this an acceptable lifestyle.  I don’t want my grandchild witnessing gay groping and make-out fests in public.  Celebrating same-sex attraction to me is sort of like celebrating heart disease or cancer- or getting excited about rabies.  We know things like heart disease or cancer or some things that some people do in the bedroom (gay OR straight) are not good for you, and eventually any of those things can kill you- but then human beings can be destroyed by things that society has traditionally condoned.

For instance, overwork can kill you- (been really close to that one) but nobody has ever gone to great lengths to morally condemn those who live to work even though that can be just as much idolatry- and positively poison to your physical, spiritual and mental health as anything else.  Nobody really puts up an argument to exclude or demonize the addicted-to-work.  Especially when that work-addicted person is doing your work for you.

Overeating can kill you- and gluttony is a sin- but do we actively seek to exclude and shame the fat?  If fat shaming really worked, we would be a nation of Calista Flockharts, and I don’t see that happening.

Fanny is allowed to experience the feline lifestyle.  Fat and lazy is OK- for cats.

Perhaps the silver lining in the gay marriage movement is maybe the whole gay pride in-your-face attitude will become passé and less “trendy” now that it’s legal. Nothing serves so much as a buzz kill than making something once forbidden legitimate.

Maybe that’s why I pretty much gave up binge drinking by age 23.

Sometimes Mom does not realize the absolutely horrendous double entendre she brings up.

I try to avoid scandal and gossip for the most part, but a snippet in the (for lack of a better term) gossip column of yesterday’s Columbus Dispatch caught my eye.  To my horror, none other than Neal Schon has been implicated in a rather sordid affair with the White House party crasher chick.  I think he could do better, but that’s neither here nor there.  Granted, Neal Schon is probably the finest living guitarist on the planet today, (and nothing would change my opinion on that one) but that doesn’t mean one should look to him as some kind of moral example.  If anyone were tempted to be a tomcat, I can see how Neal Schon would be- he’s still a good looking guy, even though he’s well into geezer territory,  he’s a phenomenal songwriter and guitar player, and he has money to burn, etc.  He can pick and choose his women freely.  I find it hard to imagine too many women (yours truly included) who would have the moral fortitude to say no to a dude like that, even if you were well aware that regardless of whatever dalliances you get to enjoy, the relationship itself will almost assuredly turn out to be temporary.  In other words, I don’t know too many women, especially Journey fans of cougar age, who would turn down an opportunity to get busy with Neal Schon.

I think in some ways my troll-like appearance and lack of material success has helped me maintain some kind of morality, especially in recent years.  I’m not tempted to drop everything and take off with a hot rock legend, but there is more to the story.  I’d never be offered the opportunity in a million years.  It can’t be a temptation if it’s an impossibility.  Jerry has his faults, but I’m lucky to have an old man with hair and teeth who is gainfully employed.

Any dude I could scrounge at my advanced age, with my rather pathetic bait, would more than likely be a downgrade.  I am not digging correctional institute inmates, dudes 80 and older, the chronically unemployed, or deviants from the sex offender registry, even if there were a chance that they might have working Johnsons.  I’d much rather use my imagination and battery operated assistance like I already do than to stoop to an even lower level.   I hate to say it, but there ain’t no Coupe deVille in any Cracker Jack box I would be able to pick from.   Jerry, with his drunken tirades and ED, is definitely no prize, but then again, neither am I.

The silver lining of this dark cloud is: It’s a lot easier to be chaste and moral when you have no access to the alternative.  I should really be thankful for my frumpiness and relative poverty when all is said and done.  I get to stay out of trouble- if only by default.  No moral dilemmas here for me, and that’s a good thing. 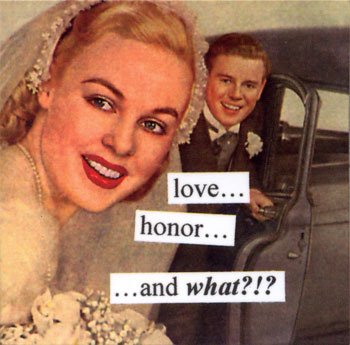 I freely admit I don’t have the moral fiber to resist that kind of temptation.  If (and this is most certainly in theory) I was some hot chick that every man alive wanted, I would be the first one out there sampling the buffet.  If it were raining men, I would be right on out there with a big old bucket.  Believe that.  I can’t blame Neal Schon for doing exactly the same thing know I would do (only I would, obviously, be banging every hot dude at my disposal) if I had the means.  Truth be told, I don’t know very many people, when given the means, would be able to resist.  The spirit is willing, but the flesh is weak- especially if the flesh is hot and has plenty of cash and popularity.  Yeah, you know it’s morally wrong and you might even feel guilty, but at the end of the day I know I don’t have that kind of fortitude.

Nobody in their right mind is going to settle for last night’s leftovers when you’re having gourmet dinners delivered to your door.

Perhaps it’s wrong for me to put a theological spin on things, especially with the clear and ever present knowledge that a lot of my outward moral behavior is by default, but maybe this is one of the things Jesus is talking about in the Lord’s Prayer.  Lead us not into temptation.  I know all too well if I were able to get close enough to that kind of temptation- hot dudes, sordid affairs, etc. that I would fall right on in.

That’s not to say I avoid temptation altogether.  As much as I would like to say otherwise, even though chastity is the least of my worries (by default), I am tempted by a lot of other things.  I am tempted to be judgmental and sarcastic- even though I don’t have any kind of inherent virtue apart from the grace of God.  Left to my own devices I know full well I am a vindictive, vengeful, greedy, sarcastic bitch.  As hard as it is to take sometimes, I should be more thankful for my situation and shortcomings- if only to be reminded of my proper place.

I can’t point a derisive finger at Neal Schon or throw stones at his current paramour.  I’ve probably done far worse (though much more privately) in my lifetime than either of them.  I live in the glass house, and I have skeletons aplenty in my closets.  The major difference is that because of my frumpiness, poverty and obscurity nobody cares.  I’m thankful for that too.  What happened in the ’93 Camry stays in the Camry, you know?

The Camry tells no tales.  I am very thankful for this fact.

I even have a certain amount of pity for serial fornicators.  Even though it has been a very long time ago, I do know the thrill and the excitement of the pursuit of forbidden fruit.  It’s a hell of a rush- until the excitement dies, the other party decides to chase something else, and all you have left is shame and regret and a faded memory.  I know all too well the embarrassment of having done ridiculous things under the spell of temporary lust.  It’s not rational.  Following one’s heart- or one’s desires I should say- can lead one to act like a horse’s ass.

Maybe there is more to the story for these lovers.  I know, it’s like a car wreck.  You don’t want to watch but you can’t help it.  Everyone wants dirty laundry (to quote Don Henley) and it’s particularly juicy when it comes from a highly unlikely and shocking source. Perhaps there is more to this sordid saga than simply animal attraction. Perhaps they truly do love each other.  Sending the cuckolded husband a pic of one’s junk is probably not the most tactful move, but I have to admit,  it is funny.  I wouldn’t mind a peek myself.